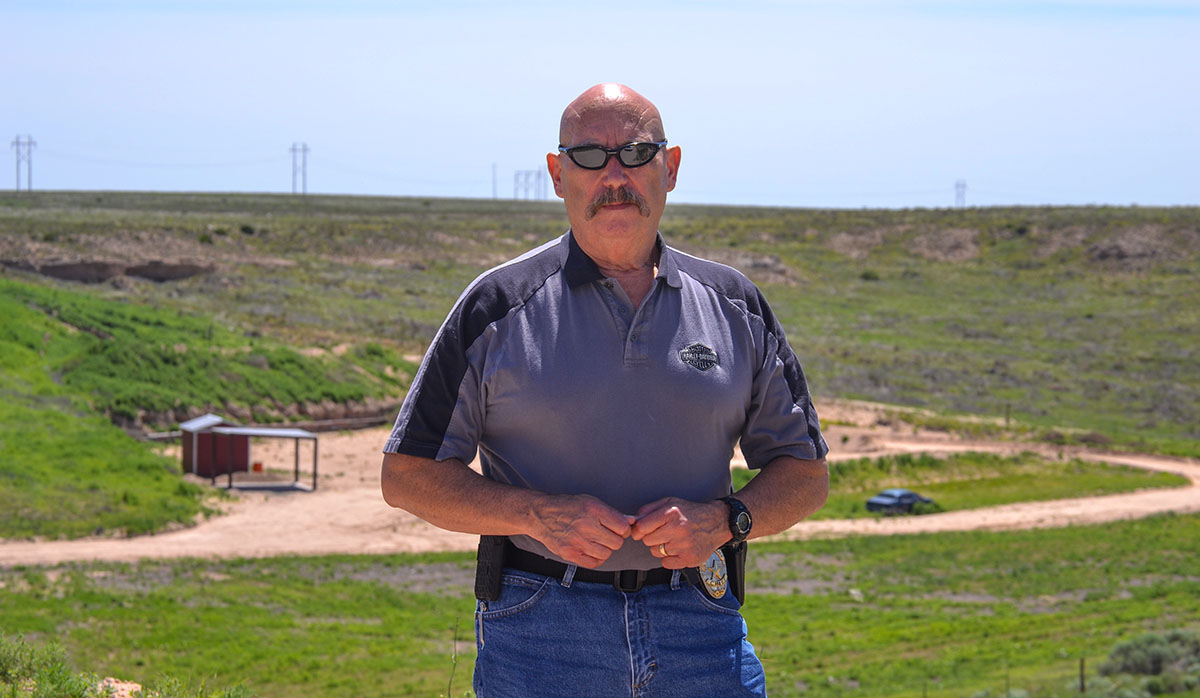 Above: Dumas Police Jim Nelson has a history of disrespecting his police officers and showing anger toward them, according to a report that accompanies a write-up placed in Nelson’s personnel file.

Editor’s Note: The Journal doesn’t disclose the identity of the former Dumas police sergeant named in the report detailed in this story because he is working for another law enforcement agency. This story isn’t about the sergeant. It’s about Dumas Police Chief Nelson’s behavior toward him and other police officers.

A report the Moore County Journal obtained through an open records request says 18 Dumas police officers have resigned after Jim Nelson was appointed police chief. Most of those officers said they don’t want to work for Nelson in “an atmosphere of mistrust and hostility.”

The report begins with an incident that happened Nov. 3, 2016, when Nelson “basically lost it” because a police sergeant didn’t take the trash out, causing Dumas city manager Arbie Taylor to issue Nelson an Employee Warning Report. Nelson went to Taylor’s office, according to the report, and told him he ‘‘‘did something he promised he would never do’, which is basically lose his temper with an employee.”

But he did more than lose his temper. Taylor said in his report the sergeant told him Nelson “took a very aggressive stance … and was in his face yelling.”

“(The sergeant) said that he told the Chief that he did not appreciate his stance, and the fact that he was in his face made him very uncomfortable,” Taylor said in his report.

The incident occurred in Lt. Trejo’s office, while other officers had gathered in the squad room, and “Lt. Trejo told me that (the sergeant) actually told the Chief twice that he was uncomfortable with his actions during the incident.”

Taylor’s report goes beyond explaining the incident with Nelson losing his temper and taking an aggressive stance with a sergeant over not taking out the trash. It says Nelson’s behavior isn’t an “uncommon occurrence”, and there have been several occasions where the Chief has shown his anger toward his subordinates.” Not only have 18 officers left since Nelson became chief on April 1, 2013, but Taylor said several of the ranking officers in the police department also are looking for other employment.

“Whether that is entirely true or not, or whether that is only a part of the reason, it is heartbreaking to think we have lost good officers due to an atmosphere of mistrust and hostility,” Taylor said in the report.

Taylor’s opinion in the report, however, doesn’t align with the position of support for Nelson he took in an email to the Journal on June 16, 2017. He said, “… his (Nelson’s) way of running the PD may not be the ideal ‘Millennial’s’ work environment, but he has never given me an inkling of doubt that he cares for this community and his officers and has done everything he can to make sure they are well-equipped, well-trained and ready to perform the way the citizens of Dumas expect their police officers to perform.”

Yet, 18 police officers have resigned, ranking officers are looking for jobs, and Taylor couldn’t talk the sergeant who was uncomfortable with Nelson’s aggression out of resigning. In the email, Taylor continues to support Nelson and blames the exodus of police officers on other factors.

“I know the issue of turnover is the 800-pound gorilla in the room, but I honestly think the vast majority of our police officers use this Department for training and experience and then are able to move into higher paying positions when they are qualified to do so,” Taylor said.

Taylor didn’t respond to an email from the Journal, asking him why he supports a chief who he says is responsible for creating an “atmosphere of mistrust and hostility.” In the email, the Journal also asked why is Nelson still in the chief’s position, given that so many officers have left because they don’t want to work for Nelson, and Taylor is aware of those facts.

Taylor’s report, however, shows Nelson has a history of not showing respect toward his staff. The sergeant told Taylor that Nelson’s blow-up wasn’t an isolated event, and Nelson “has had an attitude toward him since he left the SWAT team about two years ago.”

In his report, Taylor said he counseled Nelson and “asked him to re-evaluate his demeanor and work at being less an authoritarian and more of a coach and mentor.”

“I understand he has been going through a lot of personal issues lately, but that is no excuse for disrespecting his employees and disciplining them in public when he is angry,” Taylor said.

Taylor doesn’t explain in his report on Nelson how he found out 18 police officers have resigned because they can’t work under him, although the city’s response to another open records request submitted by the Journal shows he wouldn’t have learned it from exit interviews. The city, Taylor said, doesn’t do them, not even when the records show 41 Dumas Police Department employees, including police officers, resigned between Jan. 1, 2013 to Jan. 4, 2017. Without documentation from exit interviews, it’s not certain how many of the other employees who resigned did so because of the hostile atmosphere Nelson created, but the high turnover rate still didn’t move the city to formally ask those employees why they were resigning.

“The City has not conducted exit interviews, historically, but it is something I have discussed with the Human Resources Director,” Taylor said in an email.

Given the high turnover rate and Taylor saying he knows the police officers are leaving because of Nelson, he issued him only a “warning” in response to his aggression toward the sergeant. The type of violation is listed as Unsatisfactory Behavior Toward Subordinate, and is documented as a warning. That unsatisfactory behavior led to the resignation of one more employee, a police sergeant.

“He (the sergeant) said he can no longer work for Chief Nelson,” Taylor said in his report.