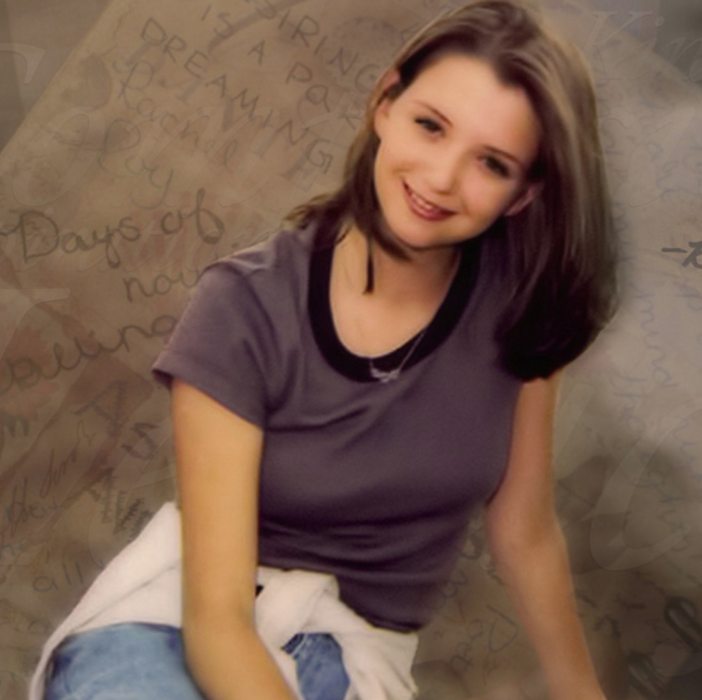 Above: Rachel Scott was the first student murdered at Columbine High School on April 20, 1999. After the tragedy, her father, Darrell Scott, formed Rachel’s Challenge, a movement to replace violence with acts of compassion and respect.

Murder didn’t silence her. Rachel Scott was the first of 12 students and one teacher who were shot and killed at Columbine High School on April 20, 1999, but her voice for kindness and love lives on through Rachel’s Challenge, a movement inspiring students to replace violence, bullying, prejudice and hate with acts of compassion respect and kindness.

Rachel’s father, Darrell Scott, founded Rachel’s Challenge shortly after the tragedy, and the organization says that since its inception, over 21 million people have heard Rachel’s story in live settings around the world, at least eight school shootings have been prevented and over 500 suicides have been averted. On Jan. 11, Rachel’s Challenge comes to Dumas, courtesy of a generous benefactor from Hereford.

“It costs about $5,000 to bring Rachel’s Challenge to the school, and Garth Merrick has sponsored 20 schools in the Panhandle,” said Dumas High School Principal Brett Beesley. “Cody Hodges will be our presenter.”

Hodges played high school football in Hereford and went on to play at Texas Tech University and was then signed by the Tennessee Titans. He now concentrates on motivational speaking and philanthropy and has been speaking for Rachel’s Challenge since 2007, one of several former athletes who take part in the program.

DHS will take part in the presentations during a one-hour assembly on Jan. 11, and then it will move to the First Baptist Church in Dumas at 7 p.m, which will be open to the public with a recommended audience of 7th grade and up.

At Rachel’s funeral on April 24, 1999, in Littleton, Colorado, a classmate spoke about how Rachel changed his life.

“All my life I prayed that someone would love me and make me feel wanted,” he said. “God sent me an angel.”

Another classmate told how Rachel had been so kind to her when she didn’t fit in, and a classmate with special needs spoke about how Rachel stood up for him after he had been bullied.

Those acts of kindness are reflected in an essay Rachel wrote for a class at Columbine High School, titled “My Ethics, My Code of Life.”

“Compassion is the greatest form of love humans have to offer,” she wrote. “According to Webster’s Dictionary compassion means a feeling of sympathy for another’s misfortune. My definition of compassion is forgiving, loving, helping, leading, and showing mercy for others. I have this theory that if one person can go out of their way to show compassion, then it will start a chain reaction of the same. People will never know how far a little kindness can go.”

For more information go to www.rachelschallenge.org. You also can watch the video below.

The story that changes everything from Rachel’s Challenge on Vimeo.