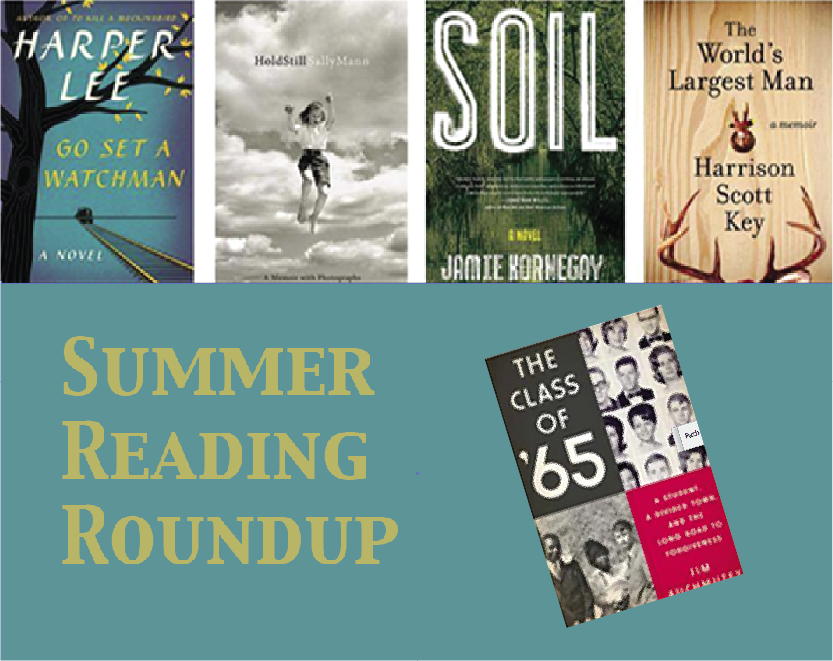 All of us Southerners know the greatest American writers hail from states south of the Mason-Dixon Line: Katharine Ann Porter, Larry McMurtry, Harper Lee, Truman Capote, Margaret Mitchell, Flannery O’Connor, Tennessee Williams — the list goes on and on. Perhaps Southerners produce great literature because our culture is the most dysfunctional in American history, and, given the Southerner’s penchant for storytelling, we’ve produced memorable characters to tell those stories. (I’ve always depended on the kindness of strangers.) Of course we love to read about all of our shenanigans and how misunderstood we are because we just can’t help being crazy. Like Julia Sugarbaker said, “This is the South, and we’re proud of our crazy people. We don’t hide them up in the attic, we bring them right down to the living room to show them off. No one in the South ever asks if you have crazy people in your family, they just ask what side they’re on.”

I’ve heard the blasphemous remark that Texas isn’t a Southern state, and when I encounter one of those poor uneducated souls, I just want to pat him on his pointy head and say, “There, there. Drink your juice, Shelby.” In my opinion, humble though it is, the only Southern states are those 11 that seceded in late 1860 and early 1861. So that leaves out Oklahoma, Missouri, Kentucky and, most of all, that treacherous state of West Virginia. Texas was the 7th state to secede, and since then, we have guzzled from the same jug of crazy juice that’s passed around in all the Southern states. East Texans, it seems, have taken a second swig and on occasion a third, as have our cousins in Mississippi. Bless their hearts.

As I was saying, Southerners not only love to talk about each other and ourselves, we love to read it, too. Heck, we invented gossiping over the backyard fence, and now that we have air conditioning and venture outside less and less, we’ve taken to social media and our smart phones to continue the conversation about our neighbors and ourselves. The only thing Southerners like more than talking about people is reading about them. Especially in the police blotter in the local newspaper. I just knew Eula May’s boy was going to get in trouble one day, and there it is. Smack dab in the paper. Bigger’n Dallas.

So imagine my excitement when one of my friends posted The Bitter Southerner’s recommendation of 10 books for summer reading on Facebook. Harper Lee’s novel, “Go Set A Watchman” is No. 1 on the list, of course. Some people camp outside of an Apple store two days before the release of a new phone, but I plan to homestead in the Barnes & Nobles’ parking lot long before the novel’s July 14 release. I used to think about getting a job at the newspaper in Lee’s hometown where she would read my brilliant prose, invite me to her home, and we’d sit on the front porch and regale each other with our wit and literary genius. Then I realized my wit and genius would occupy all of two seconds of conversation, leaving me to sway on her front porch swing, crocheting doilies or whatever they do in small Alabama towns. I’ve heard she can be crotchety anyway, and I can visit one of my aunts if I want to while away the time with an ornery old lady. Still, I’m anxious to read her new book. I’ve read “To Kill A Mockingbird” 300 million times (Southerners lie, too), and like most of the civilized world — and even Oklahoma — I’m hoping for a novel you have to read in one sitting because you can’t put it down. Kind of like your cell phone.

OK, I’ll quit talking and get on with it. Here, in The Bitter Southerner’s words, are his reasons for grabbing one, or all, of his summer reading recommendations. Brew up a pitcher of sweet tea or tap into your backyard still and enjoy.

10 Southern Releases Not To Be Missed

Thunder is shaking the rafters and rain is blowing sideways through the windows. Everything is wet and I don’t really care. I’m trying to convince myself this might actually be better than mopping.

I love how summer storms wash the sticky off of everything. I feel lighter after the earth gets a good soaking. It’s also the only time in the South’s hard-core hot months when you can catch a breeze.

Mostly though, when it’s raining cats and dogs, I want to read.

There’s nothing like a stormy summer afternoon for getting lost in a book. The truth is, summer is reading season no matter what — when it’s hot as Hades, in the early evenings, in the middle of the night as buzzing insects bounce off window screens. At the beach, in the bed, in the mountains, on a plane, on a train … anywhere.

Whether we read constantly or only “in season,” sometimes we all look around and feel a bit intimidated by the stack of unread books. When that happens, we’re probably just out of the reading rhythm and a good choice is all we need to get our groove back. Sometimes, we feel behind because we’ve missed so many of the greats. Why should I buy this new book when I’ve got so much catching up to do? Well, I say, this summer, let’s not think like that. Instead, let’s dig into a few new books we can love and enjoy and rave about to our friends. Let’s read the good stuff. The juicy. The delicious. The funny.

So, as The Bitter Southerner does annually, we’ve made you a list of great Southern reads for the summer. I’ve called five independent booksellers around the South and we’ve rounded up some books with real potential.

I talked with Frank Reiss at our old standby, A Cappella Books in our hometown of Atlanta, Jamie Kornegay at Turnrow Books in Greenwood, Miss., Tom Lowenburg at Octavia Books in New Orleans, Matt Nixon at The Booksellers at Laurelwood, a 30-year institution in Memphis, and to Rachel Watkins at Avid Bookshop over in our beloved Athens, Ga. From their recommendations, we present our Top 10, based on the consensus choices.

I bet there’s a summer book in here for most all of you. Take a look. Decide what fits, and go buy one or two from your local independent bookstore.

Don’t wait for a rainstorm.

To see The Bitter Southerner’s recommendations, click on this link.