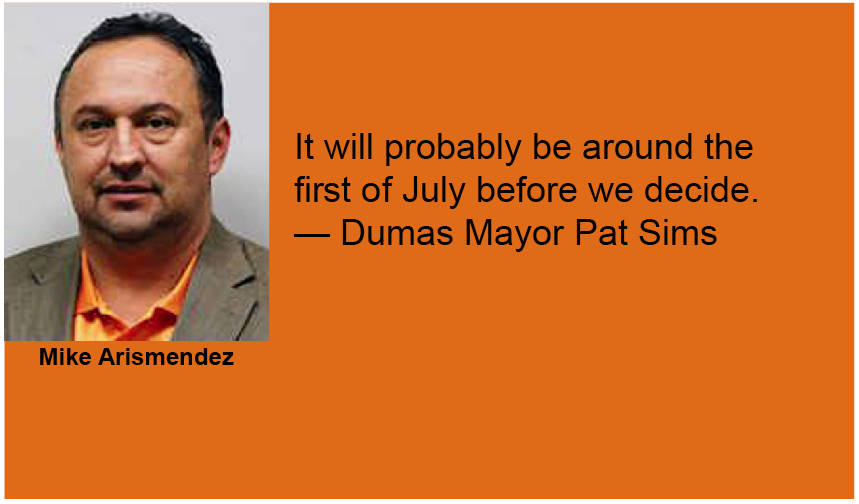 The Dumas City Commission interviewed a candidate for city manager during executive session at their meeting June 1 and will continue that discussion Monday. Mike Arismendez, currently the city manager in Littlefield, emerged from the field of applicants as the only person the city commission decided to interview for the position.

Sims said the city conducts a background check that is more extensive than most. Dumas police officers are sent to speak with an applicant’s former employers and even with citizens of the cities where he or she worked.

“We didn’t make a decision that night,” Sims said later. “We still want to gather a little more information, and we’re in the process of doing that. It will probably be around the first of July before we decide.”

According to the Lubbock Avalanche-Journal, Arismendez was appointed chairman of the Texas Commission of Licensing and Regulation in 2013. He had served as a board member since 2005 and was vice chairman for three years.

The Texas Commission of Licensing and Regulation is responsible for the licensing of 29 occupations and industries in Texas, according to the Avalanche-Journal.

Sims said the city commission will discuss Arismendez’s application during their Monday meeting.