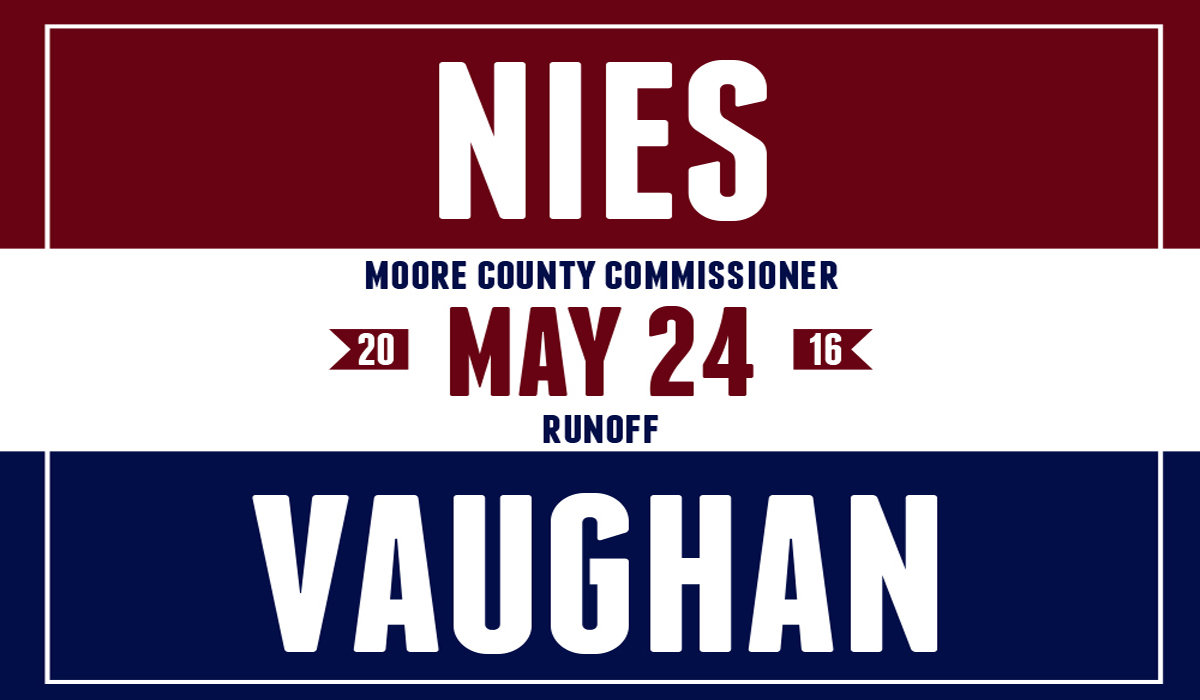 Two candidates for Moore County Commissioner Precinct 3 will head to a runoff election after failing to capture enough majority votes to take the win in Tuesday’s election.

Randy Nies, Dee Vaughan and Paul Jenkins waited outside Moore County Clerk Brenda McKanna’s office while she and her staff calculated the votes. A few hours after the precincts reported in, McKanna walked out into the hallway and gave the candidates the results. Nies took the lead with 114 votes. Vaughan trailed with 111 votes, and Jenkins came in third with 82 votes.

“I expected there would be a runoff, and I had just hoped I would be one of them,” Vaughan said Wednesday. “All three of us are well known in the community, so I didn’t think any one of us would get 50 percent of the vote plus one.”

Nies and Vaughan are businessmen with decades of experience. Vaughan has been in the farming business for over 35 years, and Nies owns two businesses — Kountry Donuts and the Evelyn Theater. This was Nies’ first run for public office, and he said his 1st place showing is encouraging.

“I wasn’t sure there would be a runoff, but even though there is, I’m excited that for my first time running for office, I would do this well,” Nies said Wednesday.

The runoff election will be held May 24, and both candidates said they’ll continue to work to show why each is qualified for the position.

“I understand how our community works, but I’ve also worked in Austin and Washington (D.C.),” Vaughan said. “I know how government works at all levels.”

Nies, who was raised in Dumas and in Precinct 3, said his relationships with people in Moore County are one of the strengths he brings to the race.

“I grew up in Dumas on Beard Avenue, and I know the struggles so many people have to face,” Nies said. “I want the people in Precinct 3 to know they would have a voice if I’m the commissioner who represents them. There are a lot of people who don’t know what a county commissioner does, so I’ll be working until May 24 to explain to them why their vote is important and why they should care.”

The population of Precinct 3 is predominately Hispanic, and Vaughan said two of his supporters are prominent Hispanic business owners.

“As a commissioner, I will have input from those friends who can tell me how issues affect the community,” Vaughan said. “Everyone needs advice, and I’ll also have an open door so anyone can bring his concerns to me. I want to represent everyone.”