Home NEWS The ‘Eyes of Texas’ are on Super Tuesday 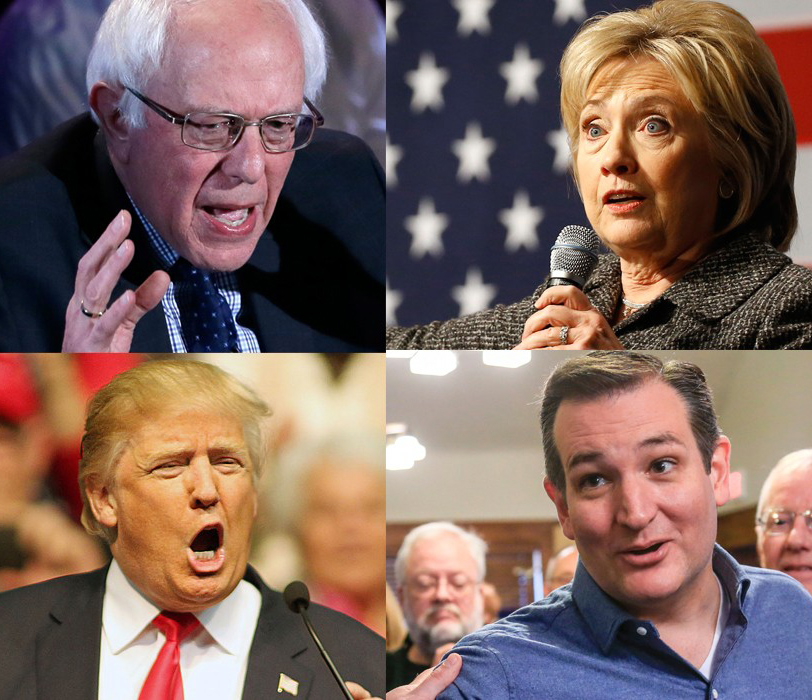 The eyes of Texas will be watching Super Tuesday, the biggest day of the 2016 primary season and one that could make or break presidential campaigns. A huge chunk of delegates are at stake in both the GOP and Democratic primaries as 13 states and one territory decide which candidates will take front seats in the races and who gets tossed to the curb.

Texas is the biggest prize, with 155 Republican delegates and 251 total Democratic delegates at stake. Sen. Ted Cruz has to win Texas to stay viable as the Republican nominee, but some polls have businessman Donald Trump leading while others show Cruz with the lead. Cruz recently called his home state of Texas the “crown jewel” of Super Tuesday, and he hopes to win the support of evangelicals and conservatives. If he loses Texas, it will cast serious doubts on the possibilities of him clinching the Republican nomination.

A Texas win for former Secretary of State Hillary Clinton, along with wins from most of the other states that vote on Super Tuesday, would give her the delegates to cement a lead over Vermont Sen. Bernie Sanders. Clinton is up by double digits in Texas, Virginia, Georgia, Arkansas and Alabama, according to recent polling. Sanders has big leads in Vermont, and he’s close or slightly ahead of Clinton in Massachusetts and Oklahoma.

Locally, Moore County voters will decide if one of three county commissioner candidates will move into the general election unopposed or if there will be a runoff. Randy Nies, Dee Vaughn and Paul Jenkins are running for Precinct 3, and one of them must take 50 percent of the vote plus one to avoid a runoff. The last time three candidates ran for a county commission seat, it went to a runoff. Eric Clark, Daniel Garcia and Jerrie Howell ran in 2008 for Precinct 1, and Garcia and Clark faced off in the runoff. Clark beat Garcia in the primaries 255 to 185, but Garcia beat him in the runoff 162 to 99. Commissioner Garcia is running unopposed in the 2016 primaries.