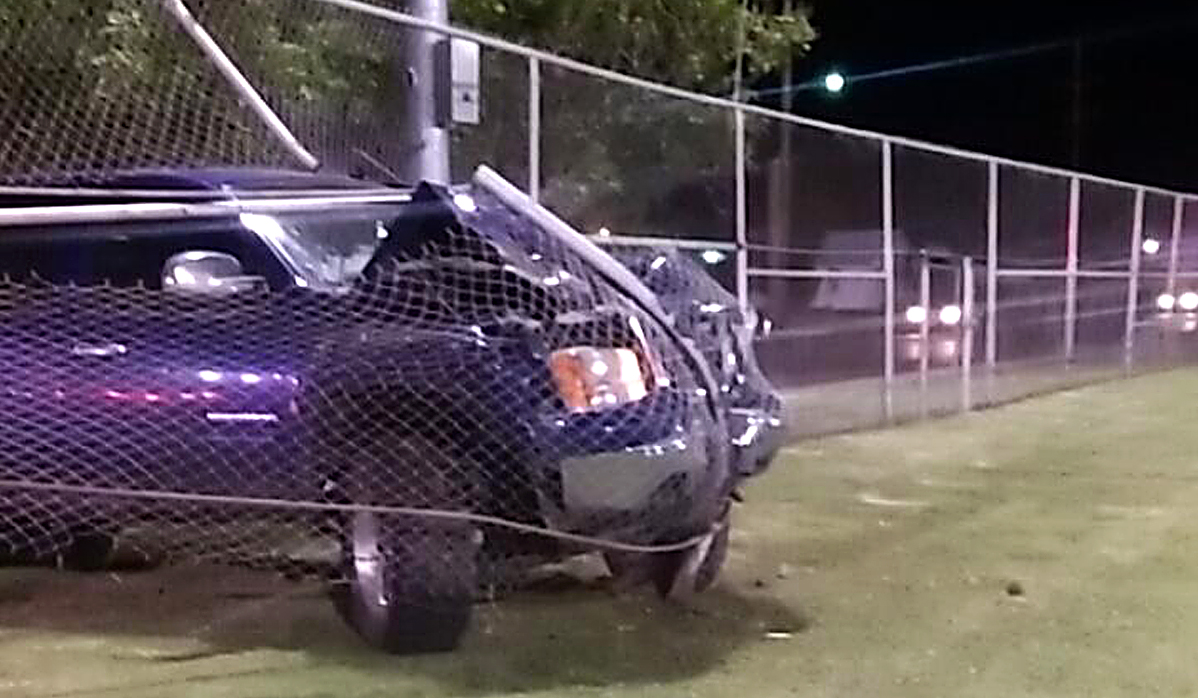 Above: Dumas police arrested John Hinson after he drove his truck through the north side of the Babe Ruth ballpark fence Thursday. Photo Courtesy Gilbert Falcon.

A man who has prior convictions for DWI drove his truck through the north side of the Babe Ruth ballpark fence Thursday night during a game. Police arrested 34-year-old John Hinson after he hit a parked car, swerved and then hit the fence, traveling several feet on to the field on 14th Street.

“He hit one of the fence posts dead on, and I think that stopped him from coming further on to the field,” Babe Ruth Coach Gilbert Falcon said. “He hit the fence in between center and left field.”

Falcon’s two sons, Gilbert and Diego, were playing in the game, which was stopped and will be rescheduled.

“There was a lady in the car the guy hit who always comes to the games,” Falcon said. “It’s common to see cars speeding on that street.”