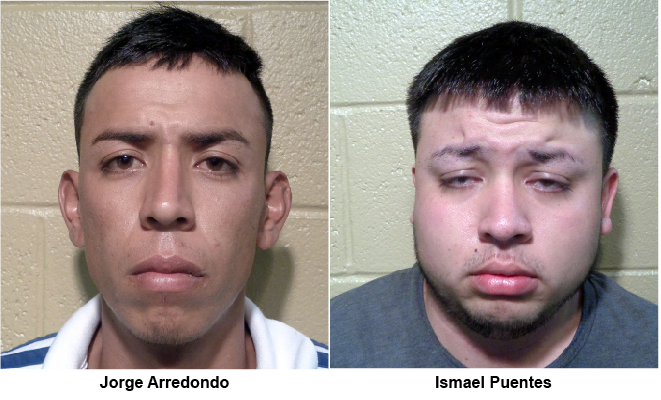 Making a “citizen’s arrest” didn’t turn out well for two men who took a juvenile into “custody” at knife point July 20.

The Dumas Police Department reported that Ismael Puentes and Jorge Arredondo told police they captured a juvenile in the 100 block of Cherry walking down the alley. They thought he was attempting to break into their house, and they took him to the police department.

Police Chief Jim Nelson said the juvenile was across the street from the two men, and he expressed shock at their actions.

“You don’t want to pull a knife on a juvenile,” Nelson said.

The police investigation revealed the men hadn’t seen the juvenile near their house, yet they detained him at knife point without any reason to believe he had committed a crime.

Puentes and Arredondo were arrested for aggravated kidnapping.