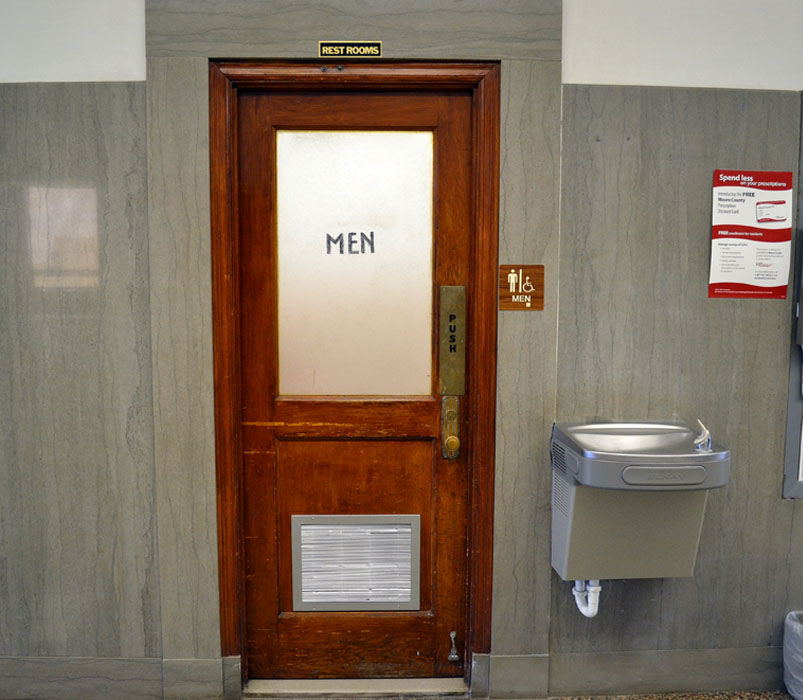 The discussion to replace the first-floor toilets began June 8, but the commissioners didn’t approve a bid from Ballard Plumbing during that meeting or during their July 13 meeting. On June 8, the commissioners said they wanted to see a second bid, and on July 13, they said they wanted to see what it would cost to replace all 10 of the toilets. Ballard Plumbing was the only bid submitted for the work.

Donnie Ballard told the commissioners Tuesday his wholesaler was able to give him a better price for 10 toilets, compared to the six the county was originally considering. Ballard’s original bid for six toilets was $4,530.48.

That is the cost for each toilet, Ballard said. The work will be done on the weekend in order not to disrupt the courthouse schedule but also to minimize potential problems. Previously, B.J. Ballard told the commissioners the job isn’t as simple as some might think, given the need to drain water lines, dealing with air pressure and the limitations created by the courthouse’s almost 100-year-old infrastructure. The job is more complicated than removing a toilet and replacing it with another, Ballard said.

During the previous meetings, some of the commissioners weren’t convinced the toilets needed to be replaced, but they voted unanimously Tuesday to replace all of them.