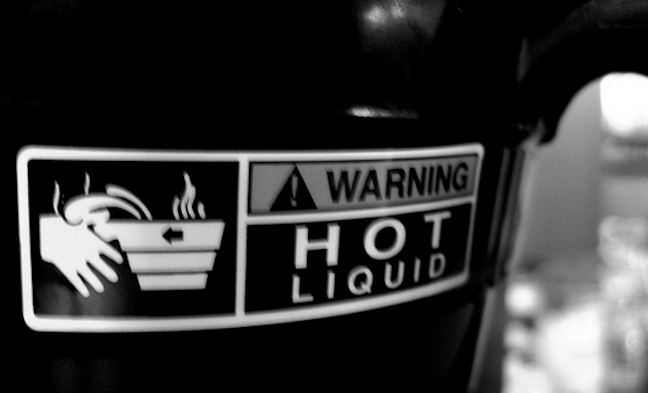 I’m not feeling very American today. Not only have I not sued anyone, I haven’t even thought about suing anyone. How pathetically unAmerican is that? Even when the TV ads from the Strong Arm interrupted Rachael Ray’s segment about how to get a good deal on heels (I might need that info when I go on Jeopardy), I wasn’t moved to call him and say, “Yo, Strong Arm. Yeah, I had to stop for a woman who was walking to her car in the United parking lot this morning, and I swear I damaged some ligaments when I had to take my foot off the gas pedal and stomp on the brakes. How much can I get from her? I saw a bottle of expensive wine in her shopping cart. I bet she’s loaded.”

Let me tell you. She’s lucky I’m not feeling like suing today. Had it happened yesterday, we would already have settled out of court for millions. Hey, stomping on the brakes really hurt. Bad. And I think it damaged my flip-flop. We’re talking serious money.

Now usually I think about suing at least 100 times a day. The light turned red just as I got to the intersection. Why didn’t it turn red for the white guy in front of me? Flagrant Discrimination. I read an article that said sitting in front of the computer monitor can damage your eyes, and I’ll be danged if I didn’t immediately notice diminished eyesight. Apple has billions of dollars. Let’s go after them. And I know I sprained my wrist trying to open a pickle jar. Just wait until the Heinz family hears from the Big Arm. Oh yeah, baby. Just hand over a few of those diamond necklaces, Teresa Heinz Kerry, and we can avoid a nasty, public courtroom drama. Not that I don’t mind a little drama. I have the crown to prove it.

I don’t feel bad about thinking about suing people because it’s just what we do in this country. Heck, if I had kids I’d be suing them. What do you mean you haven’t won four Super Bowls? I’d have those brats in court so fast for disappointing me, embarrassing me and causing me great emotional damage for their failures. Yes, sir. If Tom Brady can do it, why haven’t you? Oh, the anguish. Cha-ching.

The other day I thought about suing no less than 52 people, a couple of dogs, three municipalities and New Mexico. Why New Mexico? They purposely positioned their ski slopes far enough away to inconvenience me. Malicious intent. They just love to annoy us Texans, and someone has to put a stop to it. And come to think of it, it wasn’t actually 52 people. It was 42. I thought about suing my mother 10 times. She knows what she did. I’ve written to Dr. Phil about it.

It’s not that I want to sue or that I think about it all the time. It’s just that people keep putting me in the position where I have no choice. What happened to me last week is so horrible you’re probably not going to believe it. I went to the grocery store to buy some thyme, and they were out of it. Nary a bottle in sight. So I had to drive to another store to get it. I know. I couldn’t believe it, either. They clearly advertise they have everything I need, but did they? No, Your Honor, they did not. I was so stressed that I wasn’t able to make my famous lasagna casserole for the church supper, which disappointed about 50 other people, and that’s why we’re filing a class action suit. Let ’em have it, jury. Hit ’em with the punitive damages. I thought about it for a few hours while I ate chips and watched Joyce Meyer. She just makes me want to sue someone.

I really haven’t sued anyone yet because the Strong Arm hasn’t been taking my calls. The restraining order says I’m not supposed to call him, but I block my number and use one of those voice changers. But I tell you what. I’m about sick and tired of him ignoring me, and while I’m thinking about it, it has been affecting my sleep lately, and the stress has caused me to eat more. I’ve gained weight, which no doubt is the reason Calvin Klein never replied to my letter about me being an underwear model.

What’s that, Your Honor? Two weeks for evaluation? In the pavilion? Well, they better not put that straight jacket on too tightly. Cut off the circulation in my arms and see if I don’t sue.