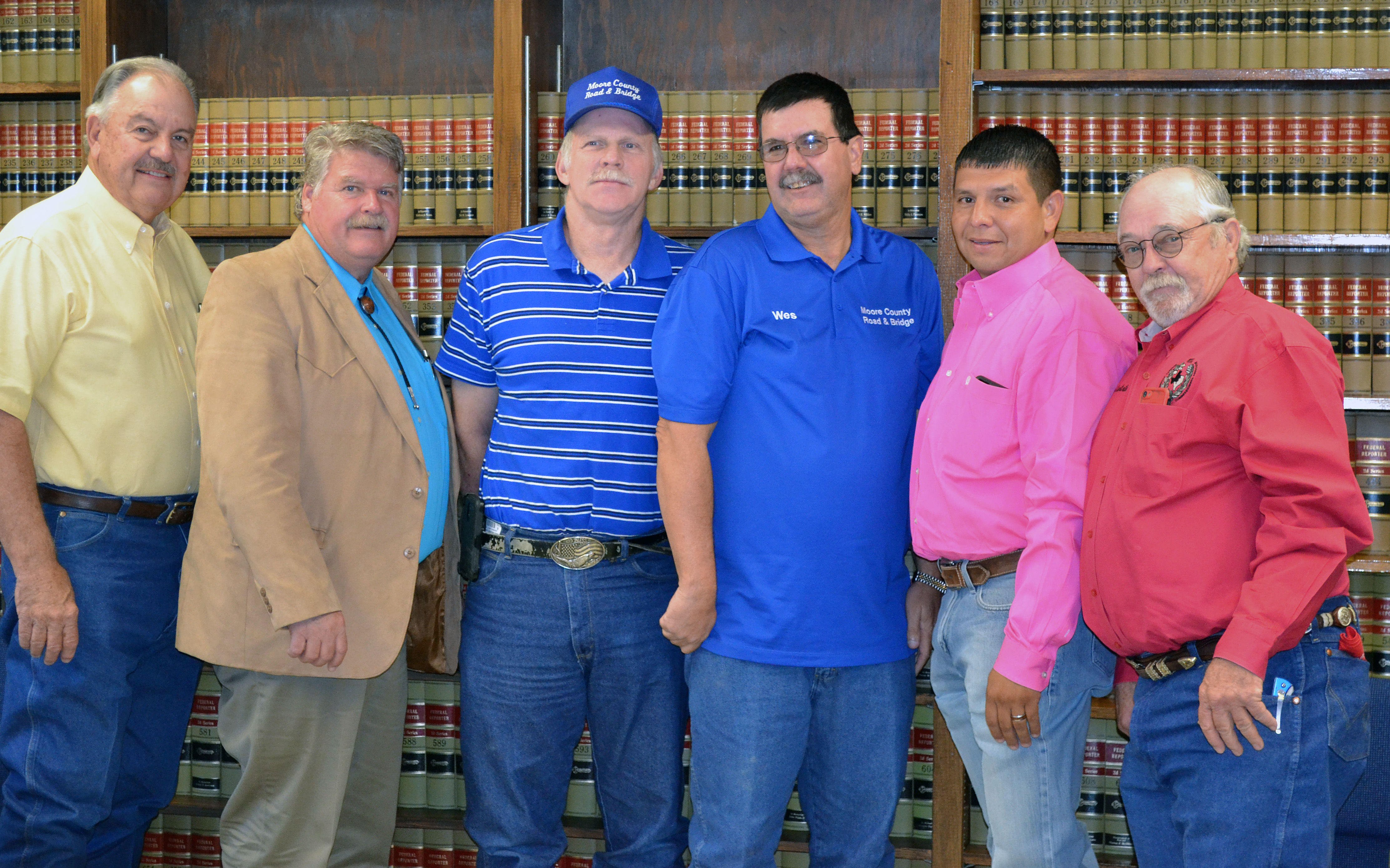 Except for the item to adjourn, the Moore County Commissioners Court’s agenda on Monday appeared daunting with its 31 action items, but the commissioners made quick work of it, including the approval of $319,302 in purchases and a 4.7 percent increase in the 2015 property tax rate.

The Moore County Sheriff’s Department will buy three pickup trucks for $119,842.33, and Road & Bridge will buy a chip spreader for $176,000. The commissioners also approved the purchase of three routers for the Moore County Library for $4,497, which will come out of the library’s operating capital improvements budget. The Moore County Clerk’s Office will use $12,742 out of its election budget to buy five desks and $6,221.97 out of the current budget to replace all the network cables and other updates to improve computer performance.

The commissioners spent little time discussing the agenda’s other items and quickly moved through them. They include: