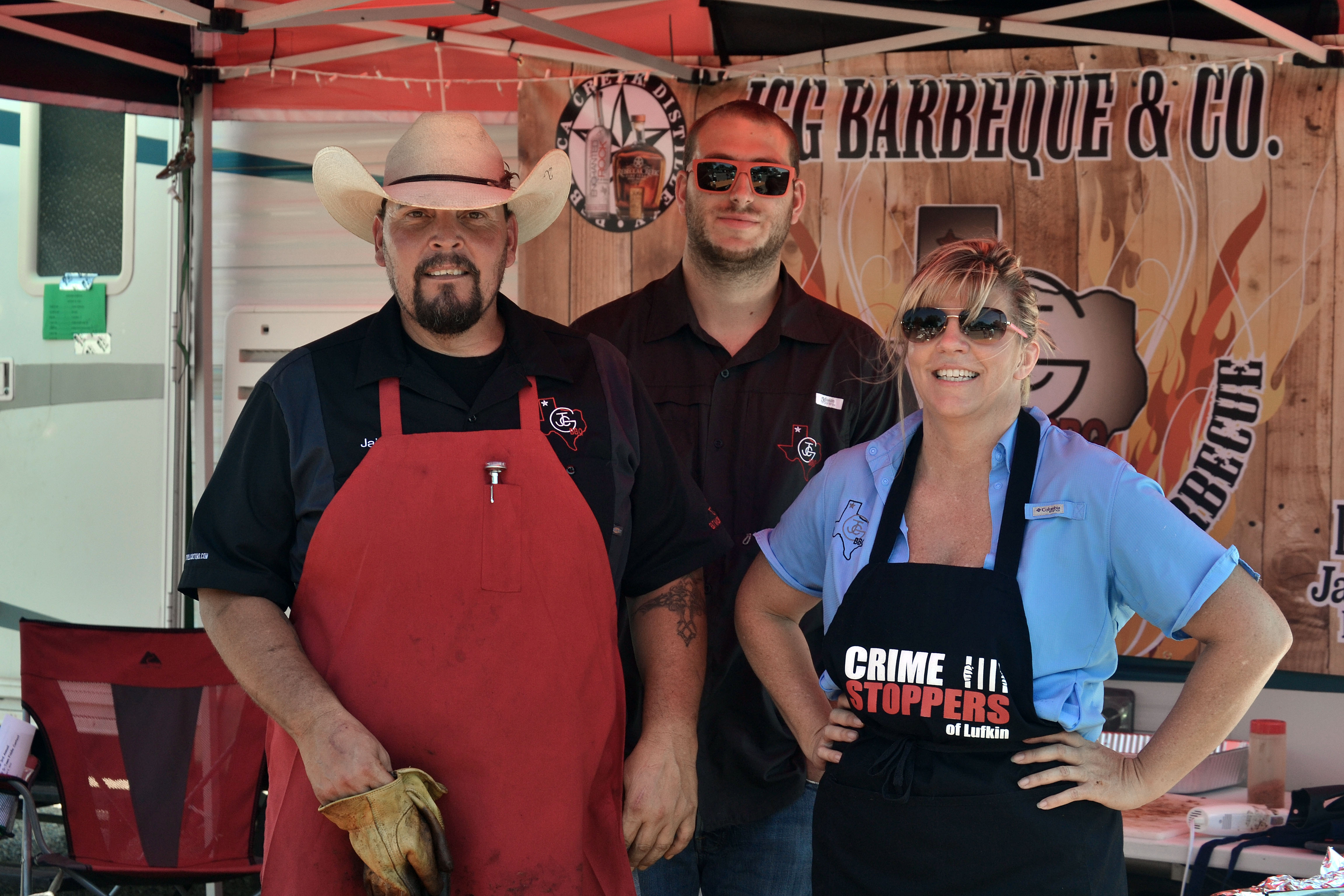 Above: Jaime Garcia, left, recently won the brisket competition at a Hereford cook-off and was competing for the first time in the D’Town BBQ Cook-Off. His assistants are John Branson and Carmen Napp.

You could almost chew the aroma. The savory barbeque flavors rode on the breeze, pulling people toward the numerous grills set up at McDade Park. The 4th Annual D’Town BBQ Cook-Off got underway Saturday with cooks competing in beef brisket, pork spare ribs, pork butt/shoulder and chicken. Just the smell alone would make a grown man lay down and holler in ecstasy.

One of the competitors, Jaime Garcia, recently won the brisket competition at the Beef Capital of the World BBQ Cook Off in Hereford, but this was his first year to enter the Dumas competition. Garcia hones his barbecue skills catering and cooking for special events, and he’s set to film a show with Buzzie Hughes, a famous Hill Country barbecue cook, that will air in 2016.

The Dumas/Moore County Chamber of Commerce sponsored the cook-off, with $7,000 in cash prizes set to be given away. We’ll publish the results as soon as they’re announced. 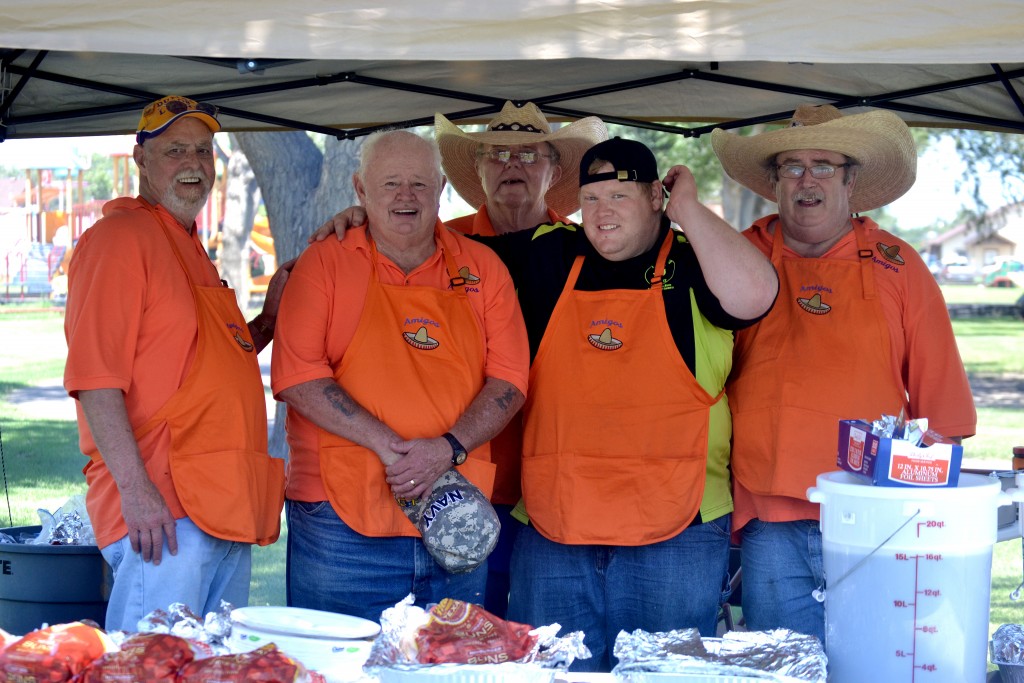 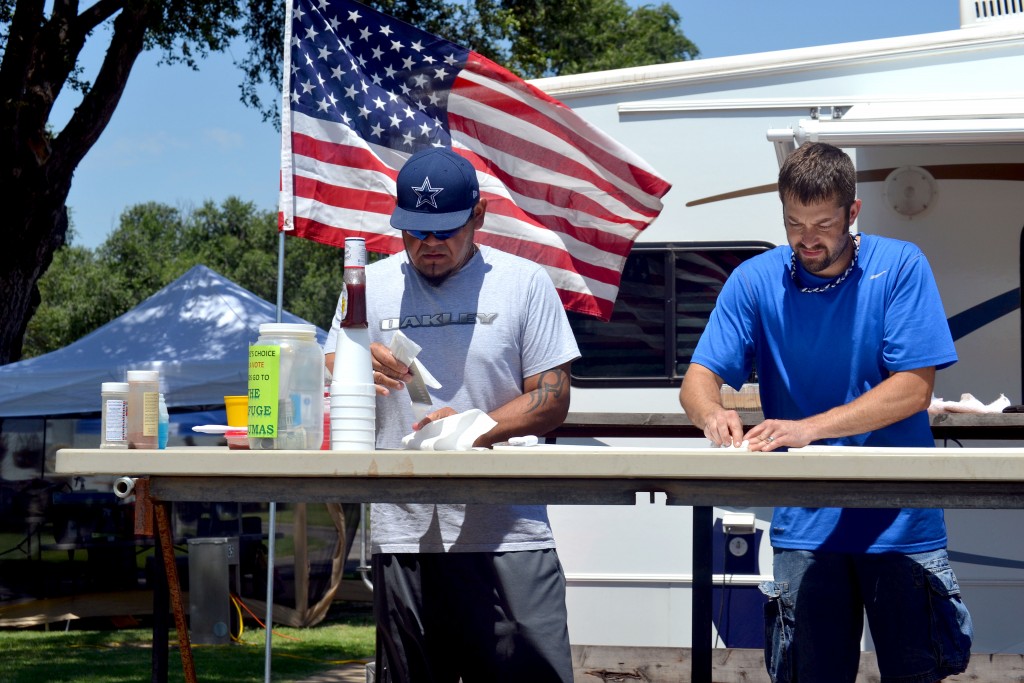 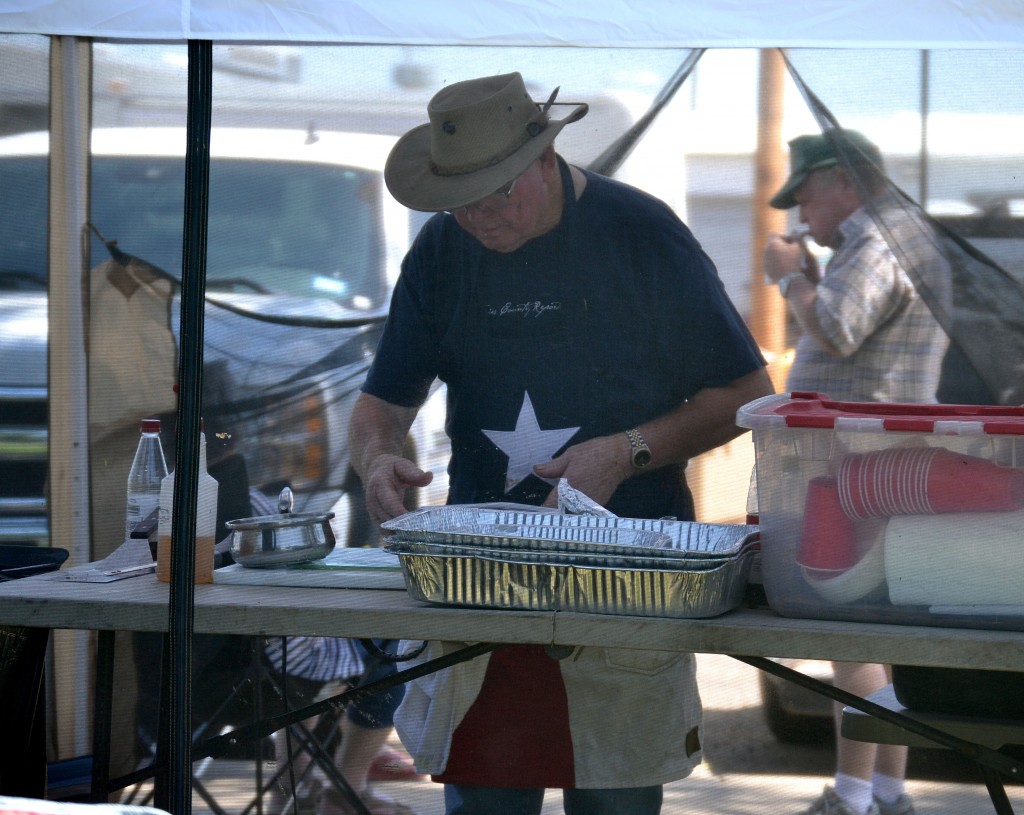