Home OPINION We are not created to be victims 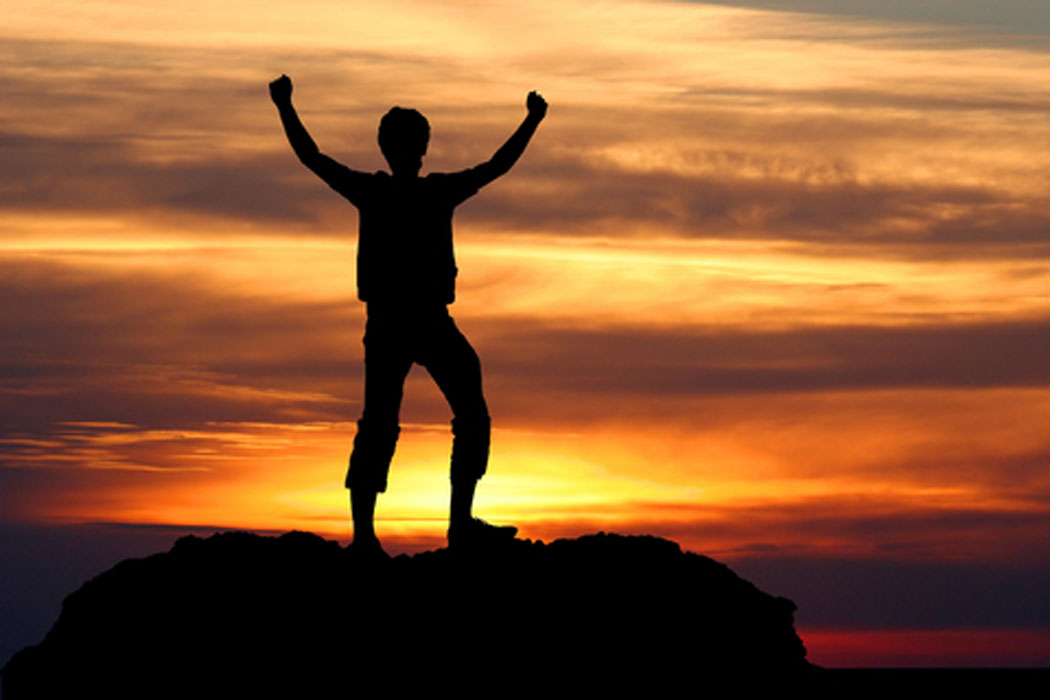 Years ago, I hoped for someone who would come along and save me. I thought there had to be someone who could peer into my heart and mind, see my struggles and then give me a PowerPoint presentation on how to fix it all. I was certain it would be that simple. I wasted many years waiting for someone who was there all along.

I wasn’t any different than the millions of other people who want someone else to take on the responsibility of fixing our problems. We want to wail about our miseries, how terribly we were treated as children, about abusive spouses or about mean bosses who won’t give us a promotion or a raise, but we don’t really want to do anything about it because then what would we have to cry about? Who would we blame for our unhappiness, our failures and our irresponsible behavior? We certainly wouldn’t blame ourselves. We’re the victims here. Didn’t you hear me tell you how bad my childhood was?

Industries and fortunes are made on victims. Do you think Dr. Phil would have a show if there were no victims? What would Oprah have talked about for decades if there were no one to talk about his or her miseries? The publishing industry would lose billions of dollars if they didn’t have readers buying their assembly line of self-help books. They don’t want us to get better. And too many of us don’t want to get better. If we get better, we can’t point our fingers at others and say, “You made me this way.” We’d have to look inward and ask, “I’m willing to be this way. What’s wrong with me?”

The problem is made worse because we have friends and family who don’t want us to grow spiritually and emotionally. They would lose control of us if we realized the power to change was in us all along. Then there are the people who would lose us as topics of conversations if we changed and no longer gave them fodder for their gossip. Those are usually the ones who will continue to talk about you long after you’ve discarded a dysfunctional past and have a string of successes. They’ll sit in the church’s front pews, adorn themselves with angel pins and talk about what you did 10 years ago, angry that you’ve moved on — but they haven’t.

Looking back, I know that the only thing that got me through decades of struggles was an ember of hope God had placed deep within my soul. It was the hope for a better life, and it was kept glowing by a whisper that said, “You deserve better than this.” My mistake was that I was waiting for someone to save me, and I couldn’t see, I didn’t know, that I was the only one who could save me.

We absolutely are not created to be victims. It’s not in our God nature. We are created with every tool we need to overcome anything life throws at us, but accessing and using that armory is too painful and too much work for a lot of people. That voice that says, “You deserve better than this,” is ignored because they’ve been brainwashed into believing that being a victim is some kind of badge of honor. What a disgusting thought. It’s maddening to hear people say, “I can’t leave my husband/wife because he/she really loves me and doesn’t mean to treat me like this.” Baloney. They should be honest and say, “I love being a victim, and I don’t want any other kind of life. Being a victim makes me better than my abuser. Being a victim means I’ve done nothing wrong and should be honored for all I put up with.” Being a victim is narcissistic because it’s all about us, how badly life and people have treated us. That’s the bottom line. That’s the truth.

My life began to change when one day I looked in the mirror and asked myself a difficult question. “Would I be friends with me?” The answer made me cringe. No, I wouldn’t. It was a step in the right direction, and I started getting honest with myself about what I didn’t like. It’s painful. So very painful. We want to believe we’re not the problem, that our problems are the result of other people not acting right, not giving us what we need, but it’s not true. There comes a time when we have to stop placing the blame at other people’s doorsteps and own all of it. Yes, an abusive childhood creates issues, but we can overcome them. Yes, being involved in violence, whether it be domestic or fighting in a war, damages us, but we can overcome that, too. The problem is that we have to fight a culture in this country that worships victims. Certainly, the pharmaceutical industry wants us all to be victims of something, so they can medicate us and make trillions of dollars.

No one can convince me that any and all adversity can’t be overcome. It can. And I don’t care how bad it was. I carry none of the garbage from the past around with me because I have no room for it. I let God teach me how to push it out of every cell of my being because it doesn’t belong there. Clinging to those memories would be like a cancer victim clinging to deadly cancer cells. Who would do that? Just as we have to detoxify our physical bodies, we must do the same spiritually and emotionally. Get rid of the emotional poisons that keep us in the ruts.

The pharmaceutical and medical industries want us to believe emotional healing is expensive and requires years, if not decades, of therapy. They want us to believe that because it makes fortunes for them, but they would be wrong. As I said, God has given each of us every tool we need to overcome any horror life has thrown at us. We don’t want to believe that because of the brainwashing, but it’s true. Through prayer and meditation, God’s healing will work miracles. It begins with the decision to let go of the garbage. As long as you cling to it, you will smell like it, and you’ll attract human flies.

On this Sunday, it is my prayer for everyone that you know peace. Muster the courage to look in the mirror and ask yourselves if you’d want to be your friend. If you can be that honest, and if the answer is “no” then make a list of what needs to change. It might be something easy, but it might be something as difficult as a complete character overhaul. If it is, you can do it. You want to know why? Because you deserve better.