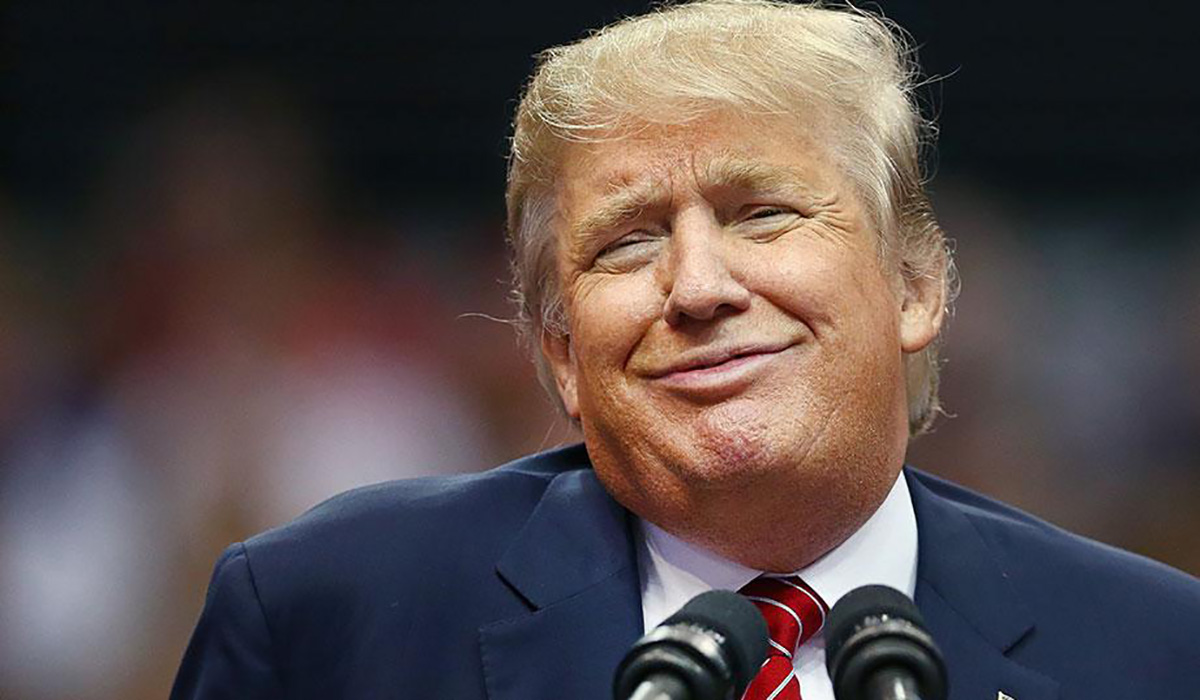 Editor’s Note: The following is satire. If you’re laced up tighter than a Red Wing boot, don’t read it. There is no medicine for butt-hurt.

San Antonio — Donald Trump recently visited Joe McCarthy High School where he talked to the students in the Report Un-American Activities class. Trump explained to the students the historic position Americans have always taken on illegal immigration by recounting to them the Battle of the Alamo.

“This story is really good because I tell great stories. No one tells stories like me,” Trump said. “This story proves Americans have always been opposed to illegal immigration. See, back in 1936 when there were no walls, and I’m going to build big walls because I build the best walls, but there were no walls then, and a lot of Mexicans were crossing the border at San Antonio. Some of them were crossing the border at Houston, too, but let’s just do one story at a time cause I don’t wanna confuse anyone. Hey, get that crying baby outta here. I’m telling a great story. A big story.

“So those Mexican are crossing the border and attacking the Alamo. The next thing you know, Paul Bunyun and John Wayne heard a big commotion, but it was just George Washington who was testing the cannons. Now some people wanna say that Peter Pan was there, too, but I don’t believe it. Everybody knows he was in Hollywood making that movie, ‘Pirates of the Caribbean.’ If you’re not careful, people will try to rewrite history, but I’m smart, and I can always catch those kinds of mistakes. No one is as smart as me. I invented smart.

“So anyway, there’s those Mexicans running across I-35 to get to The Alamo because they heard an image of the Virgin Mary was appearing on one of the walls. And that’s so dumb cause I’ve seen pictures of it, and even Ray Charles can see it’s a picture of me. But Paul Bunyan and John Wayne got the Alamo’s doors closed just in time, and they single-handed fought off four million Mexicans. Paul Bunyan had his ax and John was just using his teeth. It only took them about seven minutes to get those Mexicans back across the border, and that’s how we got Texas and Italy.

“Tomorrow, I’m going to tell you guys about how the Japanese bombed Pearl Harbor, Minnesota. It’s a big story. A huge story. I tell the biggest stories you ever heard.”