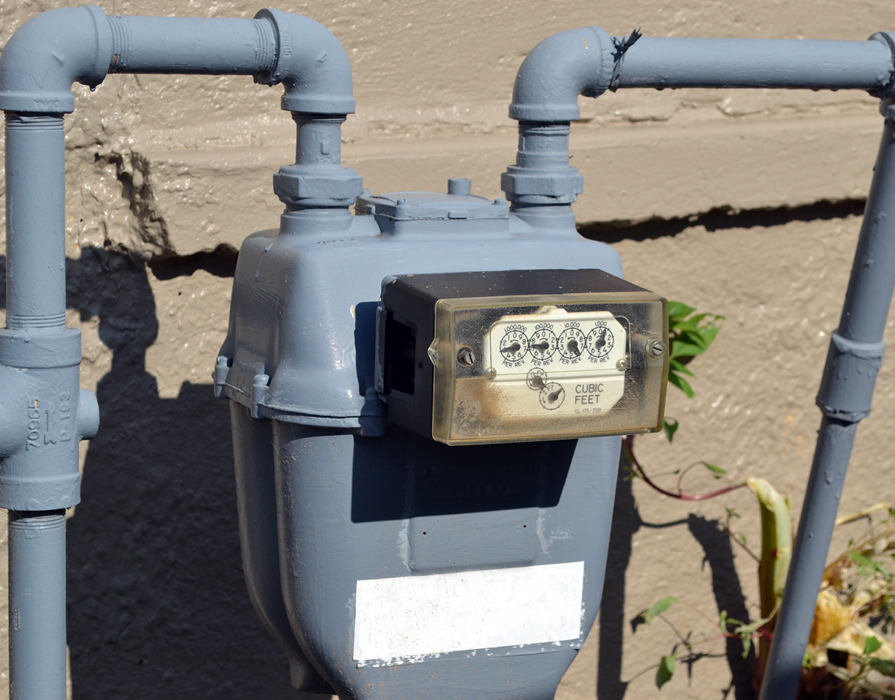 Above: Vandals have targeted the boxes attached to the front of the gas meters, destroying about 50 just this month. Dumas police officers are looking for cameras that might have caught the vandalism.

The Dumas Police Department is investigating a vandalism problem that is costing the city of Dumas thousands of dollars, and they’re looking for security cameras that might have caught the culprits in the act.

Police Chief Jim Nelson said people are going down the alleys and knocking off the automated meter readers that are attached to the gas meters.

“It’s been a problem this summer, but we’ve also had problems with this when school is in session,” Nelson said. “Kids will walk down the alleys and hit the boxes. They kick them or hit them with sticks.”

Workers in the city’s gas department said at least 50 of the AMRs have been destroyed this month. One employee said he caught some young people hitting them with a sledgehammer earlier this year. Each reader costs about $90 to replace, the city employees said, and most of the vandalism has occurred in the northeast part of the city.

Nelson said many homes and businesses are equipped with cameras as part of their security systems, so officers will begin looking at them to see if they’ve captured the vandalism. Considering the cost of each reader, a suspect could be looking at a felony charge, he said.

The AMRs link to a gas employee’s laptop computer when he’s reading the meters, giving the city information about that business or residence’s gas consumption. Anyone with information about the vandalism is asked to call the police department at 806-935-3998.