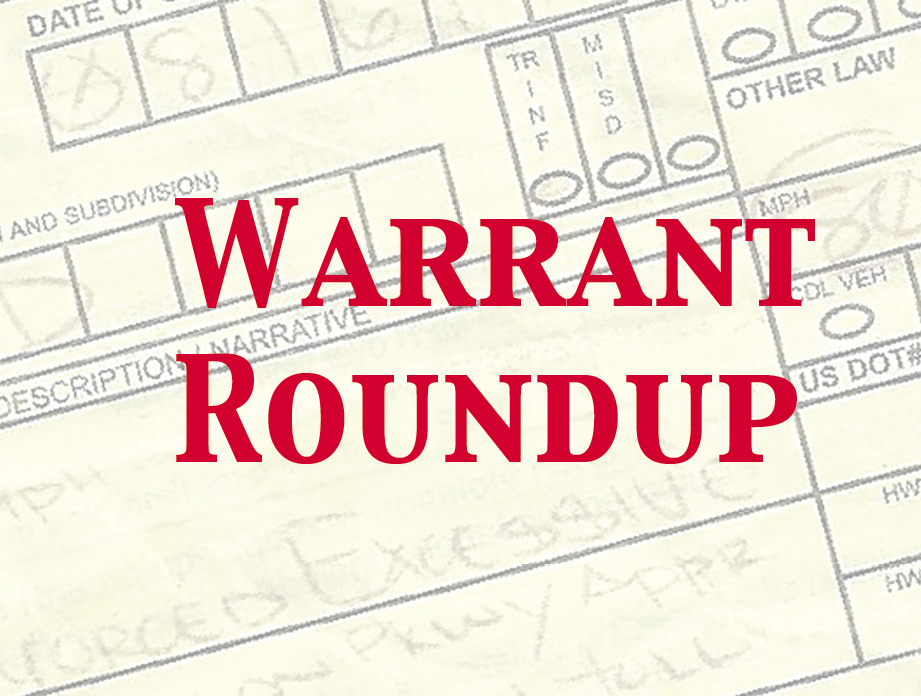 Editor’s Note: This report has been updated to include the warrant list in alphabetical order.

The Dumas Police Department will begin a warrant roundup Thursday, and the Dumas Municipal Court has released the names of the 1,019 people who have outstanding warrants.

People who want to make payment arrangements must pay the fine and court costs for the original ticket, the warrant fee and the failure to appear fee.

To view the Warrant Roundup in alphabetical order, click on the link below. 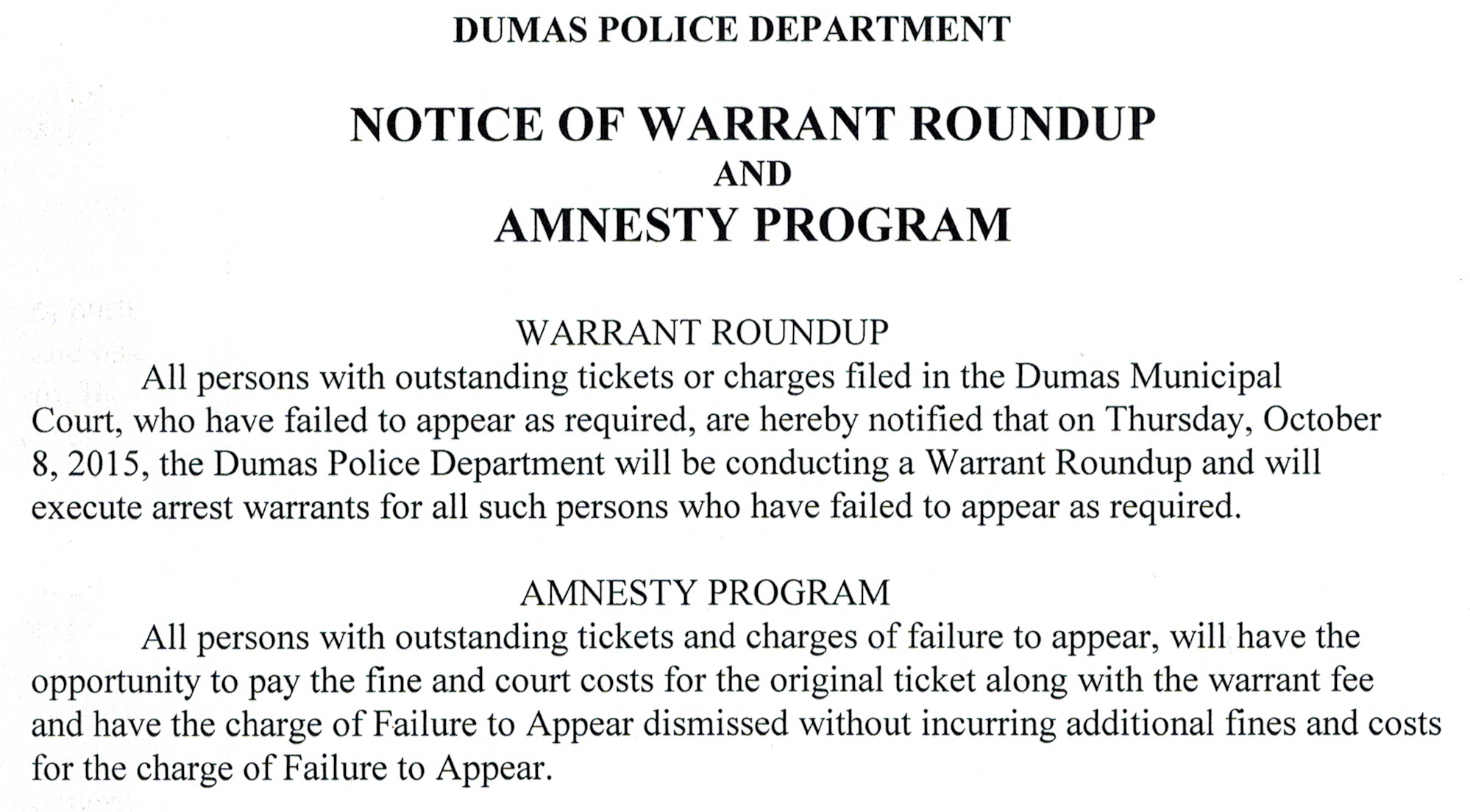