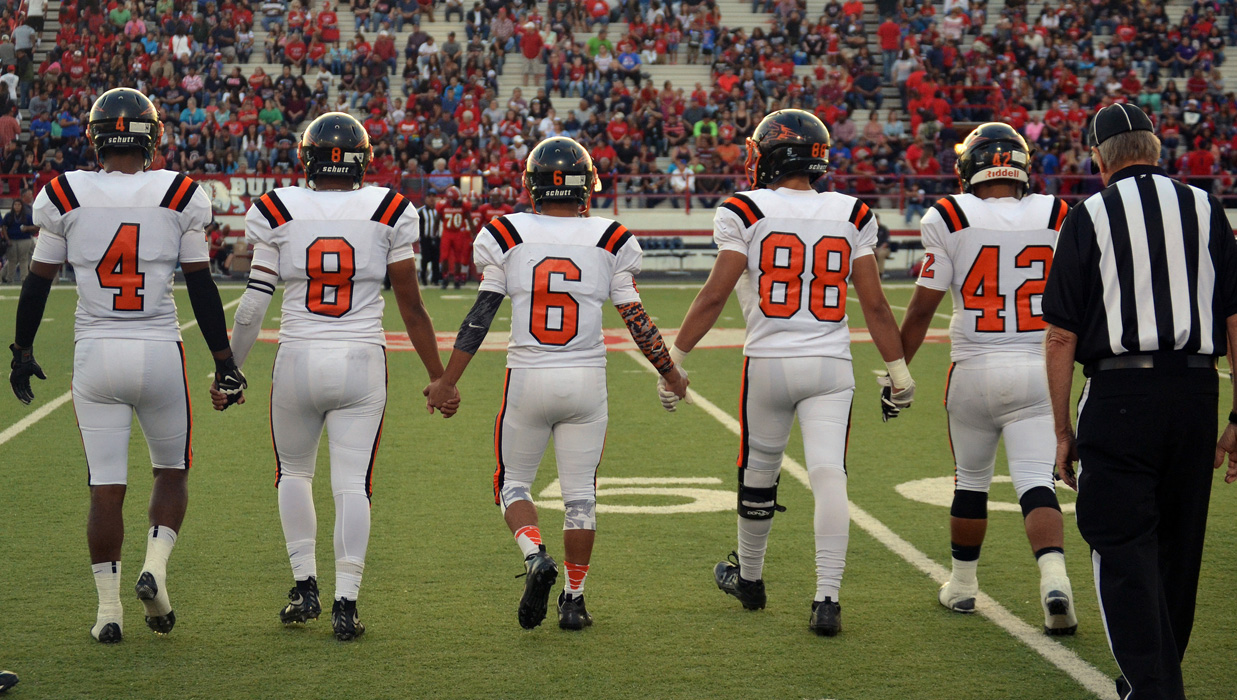 “You don’t rise to the occasion; you sink to the level of your preparation. It is crucial to catch bad habits in practice and break them there, long before game time. In the pressure and unpredictable flux of the game, you don’t have time to analyze or think about what to do. You will react based on the instincts developed in practice, so bad habits that are uncorrected are sure to re-emerge during a game. It’s muscle memory, not intellectual thought, that drives your actions at game speed.” — Chip Kelly, Philadelphia Eagles Head Coach

Building a championship-caliber football program is a process that doesn’t occur overnight — or in a year. The results we’re seeing this season reflect the training and preparation of a group of young men who, two years ago, bought into the vision of creating a winning team. The players discarded the idea of instant gratification so common today and focused on the hard work and preparation needed to reignite this football program.

When this season began, our team had two goals in mind: No. 1 was to make the playoffs and No. 2 was to win a district championship, a feat the Demons haven’t accomplished since the 1990s. Going into the Canyon ballgame, we won’t lose or win a district championship, and we won’t secure a playoff spot. However, winning the game will further validate that we belong in District 3-5A and are a force to be reckoned with.

This team that has a 5-0 record is resilient, focused, driven and motivated to leave their legacy. The bond between the coaching staff and players and among the players themselves is strong and unmistakable. We are a team in every sense of the word. Our players enjoy being around each other and being around the coaches, and the coaches feel the same way about the players. This winning season is the result of the chemistry that unites us into the force that every opponent has yet to overpower and all future opponents must recognize.

Entering district play, our players realize we have won some battles but have yet to win the war. Our focus this week is on continued improvement. We know we haven’t played a complete ballgame yet. There are many areas in which we can improve, and we’re working diligently on them. We know that to beat our district opponents, we must outwork them daily — every practice, every rep. We know we must start fast and finish strong.

The win this Friday will go to the most prepared, and we’re confident in our preparation. Our players started this journey two years ago and have stayed the course, regardless of some bumps in the road. I have a team full of winners who continue to prove to me daily their desire to win. They know nothing will be handed to them, nor do they expect it. They must earn it, and that’s what is unique about our team. We’re a bunch of blue collar, hard-working kids raised by hard-working families. We know the victory on Friday night won’t be given to us. We’re going to have to put on our work boots and outwork Canyon, a very good football team, in every aspect of the game.

The muscle memory we’ve built over the last two years is evident on the field, and the preparation and commitment to the vision are the force no team has been able to defeat this season. The power has been released, and there’s no putting it back in the bottle. The Demons are not on a roll. We’re on a mission.