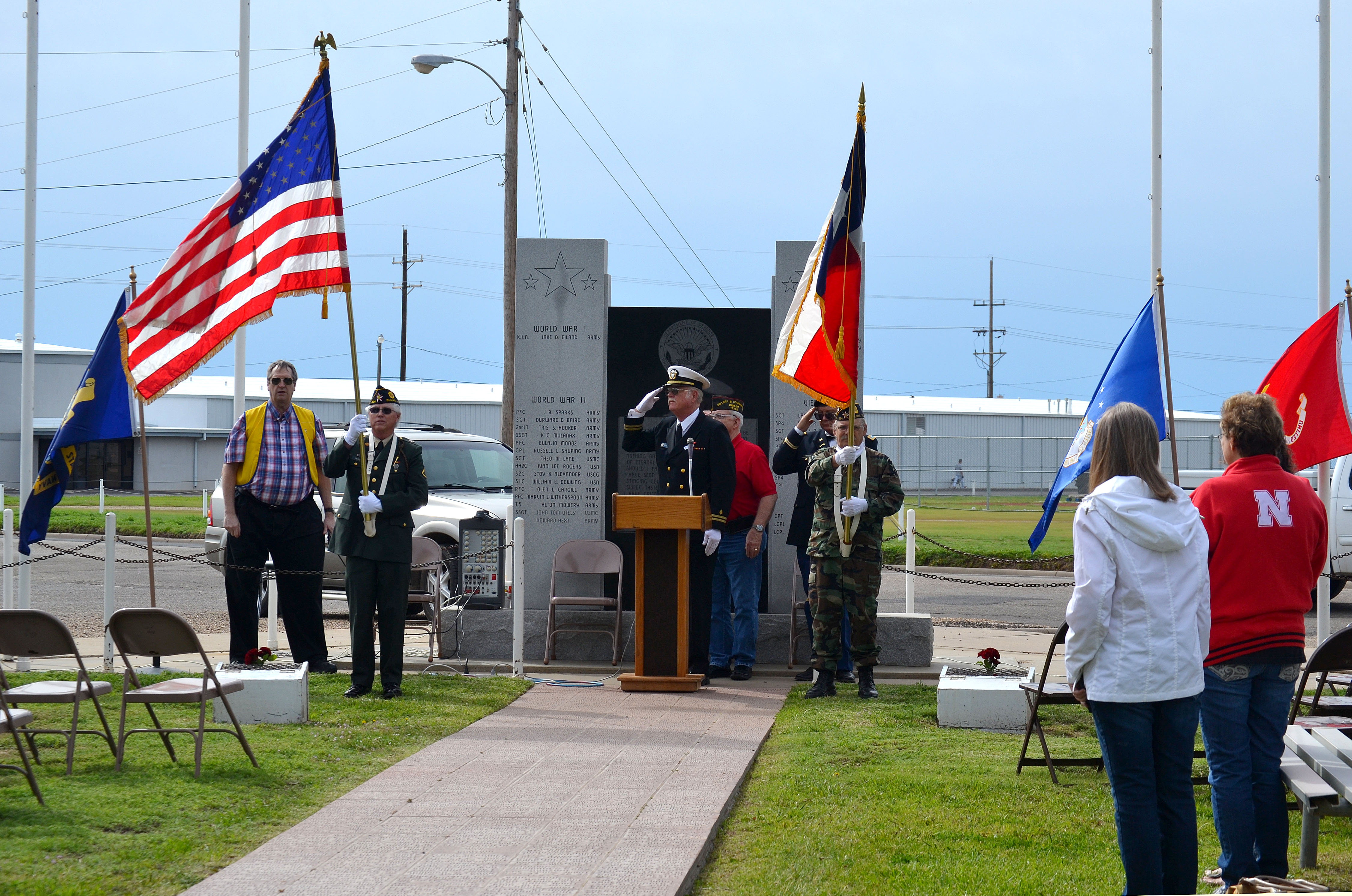 American flags and those representing the various branches of the U.S. military flew over the War Memorial at McDade Park on Monday morning, stretching out in a mild Panhandle breeze as a few dozen people gathered to reflect on the sacrifices made by members of the military in serving their country.

American Legion Post 224 held the Memorial Day service, which included a Color Guard, a gun salute and the playing of taps. Retired Army Lt. Col. Carl Unlaub spoke at the ceremony, recalling the valor of men with whom he served and all the men and women who died in battle and the community’s responsibility to remember them.

“(They are the people) who never had a chance to fulfill the rest of their lives because in the course of defending our way of life and our freedoms they lost theirs,” Unlaub said. “Now that’s referred to as the ultimate price.

“We owe them something. A continuation of our constitutional form of government with a participating citizenry that gets out and makes issues real and participates in elections. That’s what we ought to owe them as a true memorial.”

The names of 31 men are etched in the War Memorial, one from WWI, 15 from WWII, two from Korea, 10 from Vietnam and three from Iraq.