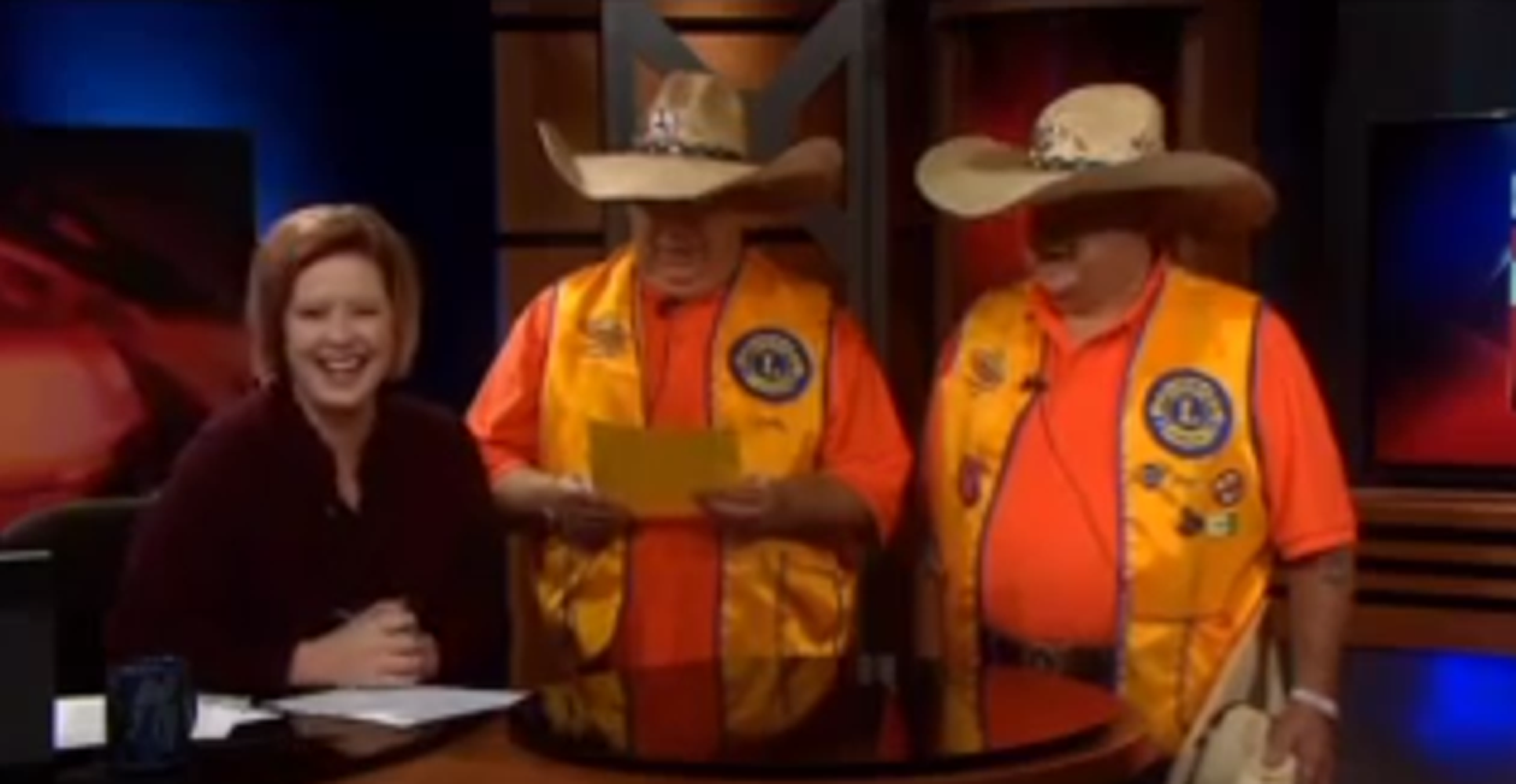 They’re known for wearing head coverings that would shade an acre of land, but the multi-gallon hats don’t measure up to the size of the men’s hearts.

Buddy Trent, Bruce Milbern, Frank James, Jimmy Payne and Chris Benson known as the Three Amigos (they’ve also been accused of not knowing how to count), aren’t shy when it comes to raising money for the Dumas Lions Club.

“They’re the bonds of our club,” said Moore County Judge Rowdy Rhoades, who also is the Lions Club president. “They do some of the most hilarious things no one else would do. They’re not afraid of hitting anyone up for a donation.”

On Friday, Trent and Milbern showed how far they’ll go to promote the upcoming Dogie Days festivities when they barged in on KFDA-TV’s anchor Ali Allison and told her she was under arrest for the offense of “leaving Dumas, Texas.” Trent told Allison she had a choice of paying a $200,000 fine or be The Three Amigos’ sweetheart at the Dogie Days parade and helping him with the barbecue. Allison agreed and will ride with Trent and Milbern in the parade.

“I’ve known Ali for years and years,” Trent said. “I made up this warrant and made up the fine. She’s going to be our sweetheart now.”

But the men also step up when disaster hits neighboring communities.

“After the Fritch fire last year, they needed three breathing machines over there, and those men made it happen,” Rhoades said. “They also headed the efforts to get donations for household goods and so many other things that were needed after that fire. They have huge hearts.”

The Lions Club expects to feed about 6,000 people at the Dogie Days barbecue on June 11. Rhoades said the club has bought over 8,000 pounds of meat for the event.

You can watch the video of Allison and two of The Three Amigos below.