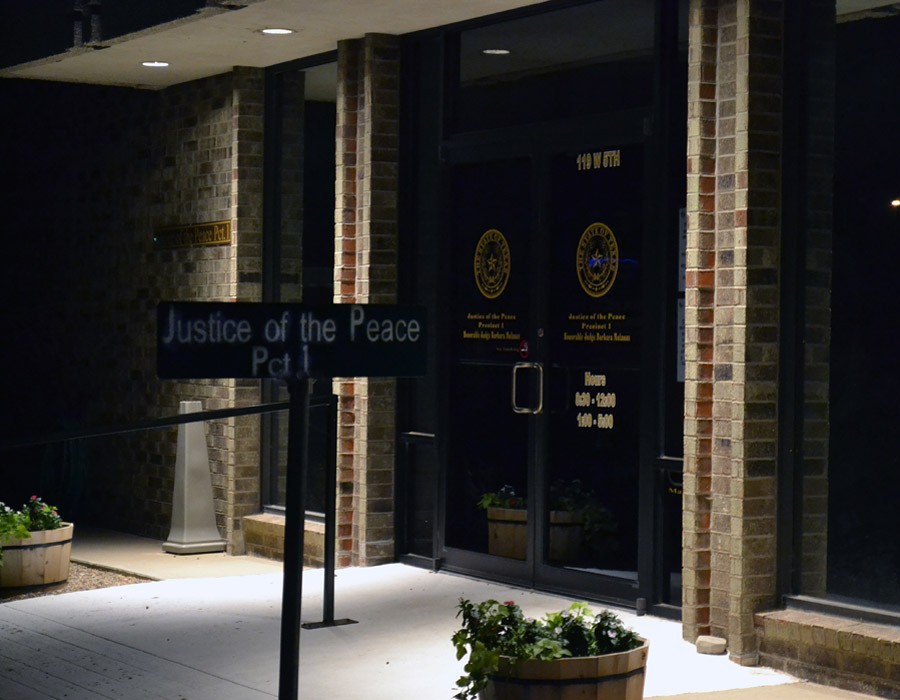 The two Moore County justices of the peace say they need to increase security in their buildings to include locking the front doors and admitting people only after they push a buzzer, but most of the Moore County Commissioners think that’s going too far.

Judges Barbara Mulanax of Precinct 1 and Sue Sims of Precinct 2 told the commissioners on Monday that people who come into their offices are often “extremely mad”, and the clerks have little recourse in how to deal with them. All the county offices have panic buttons that, when pushed, alert law enforcement, but the Mulanax said it’s not enough. The button in her building hasn’t worked for some time, she said, but technicians recently found that a dead battery was the problem.

Precinct 2, which is Sunray, doesn’t have any security, Sims said, and her clerk’s desk is located near the front door. Still, Moore County Judge Rowdy Rhoades and Commissioners Lynn Cartrite and Daniel Garcia don’t want the front doors locked.

“Explain to me why you want to lock the front door,” Cartrite said to Mulanax. “Why do you want to keep the public out?”

Mulanax repeated it was for security. Sims said they’re following the recommendations of security advisors for all court security, which, instead of using metal detectors, the doors would be locked and people enter only after they push the buzzer.

“We’re all here to serve,” Garcia said. “We [commissioners] get calls and have to go meet people on dirt roads. We’re showing up to problems, and we don’t have security. We’re there on our own. I guess it all stems down to that I understand people are upset when they come to the courts. We have it at the courthouse. People come in and they’re upset, but we’re not putting buzzers on the doors.”

Garcia also asked how would the clerks in Mulanax and Sims’ offices would be able to determine who would be allowed to enter the building and Rhoades said “it’s the people’s court, and they should be able to come and go as they please.”

But one of the commissioners wasn’t ruling out the need to lock the doors and use a buzzer for access.

“This security thing bothers me,” Commissioner Milton Pax said. “If this is what you’re [Mulanax and Sims] hearing when you go to schools, then there’s a reason. There’s just too much going on [in the world].”

The commissioners agreed to make sure the panic buttons are working and revisit the issue in a month.