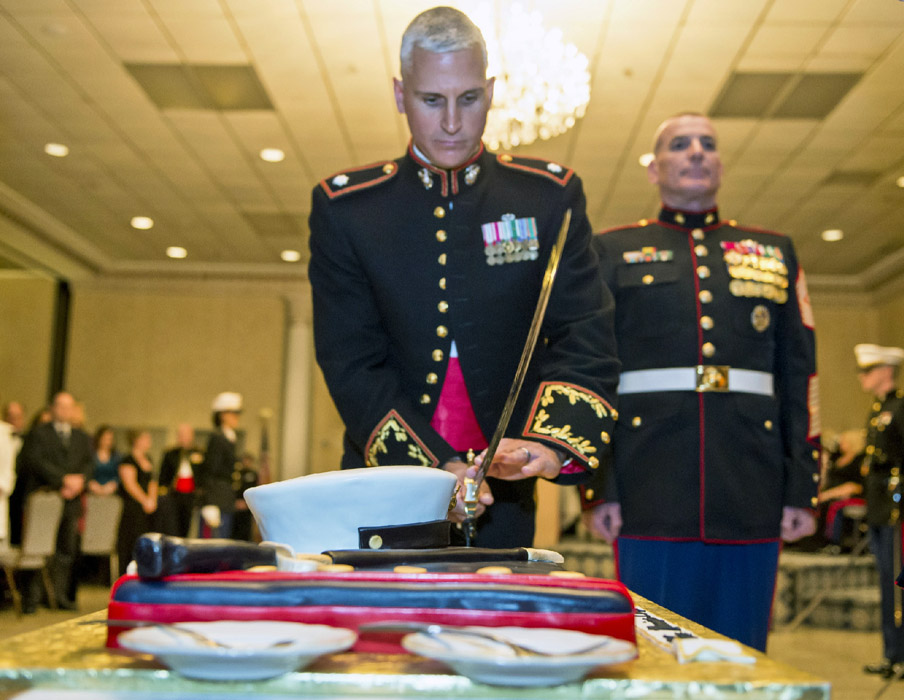 If you’re a U.S. Marine, there’s a day in November of special significance. It’s the month when no matter where they’re stationed, Marines hold their Ball to commemorate the day the Corps was established in 1775, and beginning this year, local Marines will continue the tradition.

Any Marine will tell you there’s no such thing as a former Marine. The traditions instilled in them remain no matter if they’re no longer active duty, so when Juan Longoria and Astolfo Venzor, both Marines, were reminiscing about the days when they were active duty, they decided to hold a Marine Corps Ball in Dumas.

“We started talking about it after a football game,” Longoria said. “We miss the camaraderie we had, so we thought we could do something about it.”

Although the Ball is a huge celebration in the Marine Corps, Venzor never had the chance to attend one. The November of his first year in the Corps, he was in boot camp.

“After that, I was always training or in the field,” Venzor said.

After the Marines came up with the idea, their wives took over the planning. They sent out 50 invitations, and at least for this year, only Marines can attend.

“We’re thinking in the future we might do something for veterans, but don’t know what that will be yet,” Longoria said.

Venzor and Longoria grew up together in Cactus. Longoria joined the Marines out of high school, and Venzor enlisted later. They plan to honor Marine traditions at the Ball, which includes the cake cutting ceremony. The ceremony follows a script that honors the guest of honor and the oldest and youngest Marines present. The cake is cut with a sword to remind them they are a band of warriors.

If you are a Marine, you can go to facebook.com/MooreCountyMarines for more information about attending the Ball.