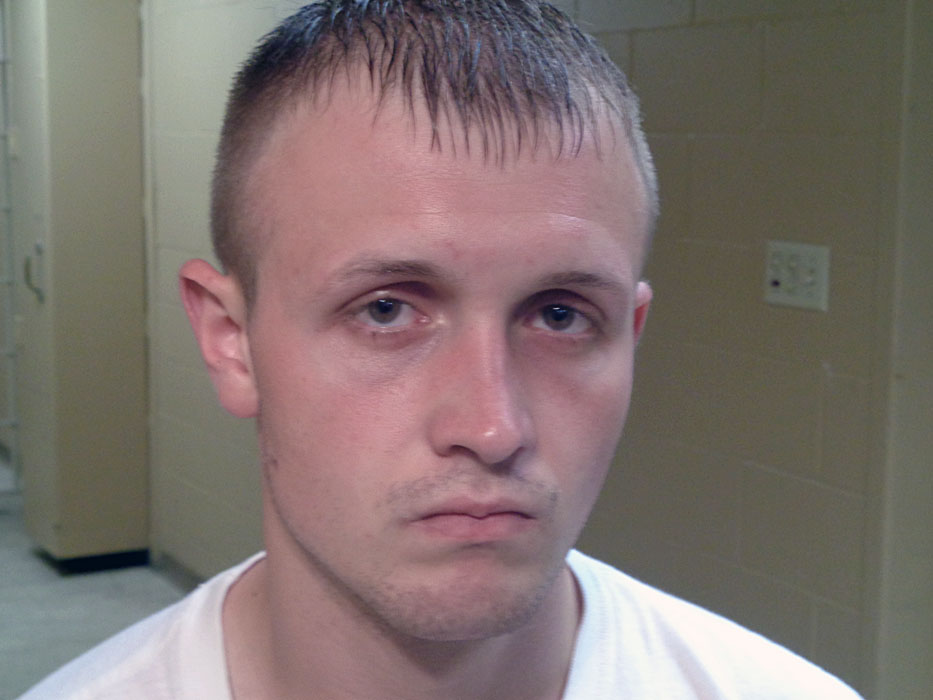 Above: An observant Dumas police officer saw Brayden Adcock on the Dogie Days midway July 13, knew he had a warrant and arrested him. (Photo Courtesy Moore County Sheriff’s Department)

Brayden Adcock didn’t need a ticket for the ride he took recently at the Dogie Days celebration at McDade Park. A vigilant Dumas police officer saw Adcock among the thousands of people crowded into the midway July 13, knew there was a warrant for his arrest and detained him.

The Moore County Grand Jury recently indicted Adcock for possession of a controlled substance, and the police officer knew it.

“All of the officers are well briefed on who has warrants, and they’re always vigilant,” Dumas Police Chief Jim Nelson said. “Each shift will brief the other on what’s going on in the city, where the trouble spots are and anything that happened during a shift that needs to be followed up by the next shift.”

Nelson said he wasn’t surprised that one of his officers was able to identify Adcock out of the thousands of people walking along the midway, crediting the officer’s awareness to the training all of them receive.

But the officers weren’t looking only for people with warrants on the midway. They also were keeping an eye out for registered sex offenders who are prohibited from being in a place where children are present.

“Master Sgt. Nick Jordan gave all the officers lists of the registered sex offenders, so they could be on the lookout of for them should they be present during any of the Dogie Day happenings where the children are,” Nelson said. “When it comes to monitoring the sex offenders, Dumas goes above and beyond what the state requires.”

Nelson said the officers didn’t see any sex offenders on the midway, attributing them staying away to the police department’s awareness of who they are and where they are.

“It’s an example of proactive policing,” Nelson said. “We’re not waiting for something to happen. We’re here to prevent something from happening.”