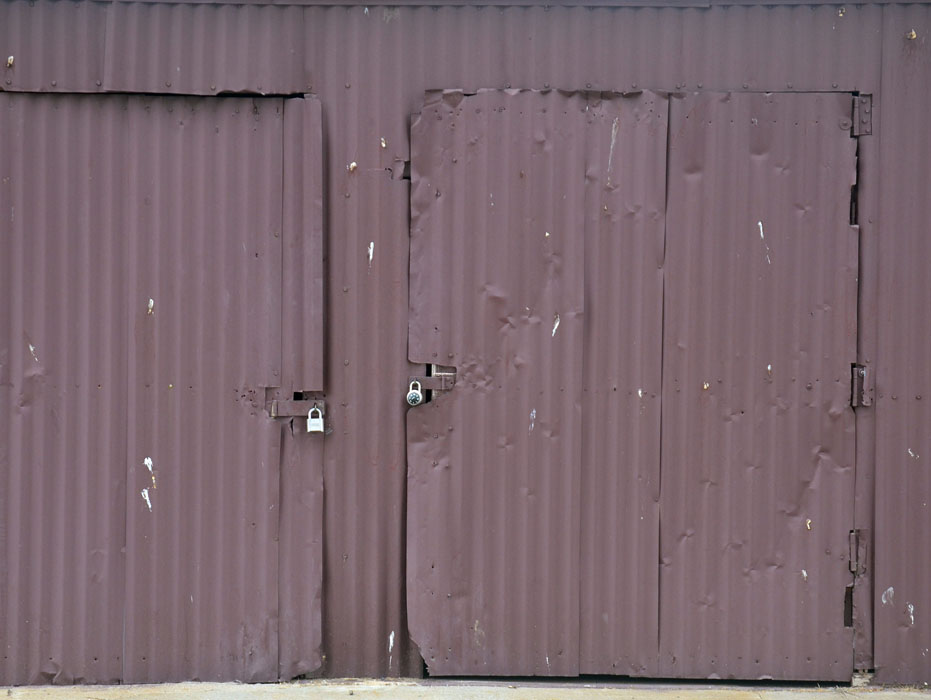 Above: The 16 golf cart storage units at the Pheasant Trails Golf Course have seen better days. Greg Willis told the Dumas City Commission some of the golfers will pay their rental fees upfront for as much as five years in order to build new units.

The Dumas City Commission is used to citizens pointing out problems they want fixed, but one man took the initiative to create a solution for one of those problems.

Greg Willis told the commissioners Monday he and other golfers developed a plan that could address the deteriorating golf cart storage units at the Pheasant Trails Golf Course. Wills said those 16 units were built in the 1960s and “are about to fall down.”

“They’re in pretty bad shape,” Willis said. “They’re built of old barn tin, and several of us got to talking about how to help the city replace them.”

Golfers pay $80 to $100 a month to rent one unit, and Willis said he and others have agreed to pay their rental fees up front for up to five years to generate cash that would go toward building 26 new units. Each unit would be 8 feet by 12 feet and would be insulated. They would be built on a 4-inch slab, Willis said.

“It would be built like a mini storage with coil up doors,” Willis said. “They would be all metal like you see on a nice steel building.”

Willis estimates the cost to build the units would be $71,950, but it would go up to $82,450 if a restroom is added. Currently the golf course’s maintenance workers don’t have a restroom if the golf course is closed, he said, and this would give them access to one.

With nine out of the 16 renters agreeing to pay their rents up front, Willis said they could contribute $20,740 toward the construction costs. The old units would be demolished, and the new ones built just to the north of them.

While the commissioners are preparing to hammer out their fiscal 2016 budget in August, they aren’t certain they could find the remaining $50,000 to build new golf cart storage units.

“I can tell you that finding that much money would be very difficult,” Commissioner Steve Bodnar said. “I used to think that the city working with a $15 million budget could find ways to come up with money for projects, but after working on this side of the fence, I can say for a fact it’s not easy and sometimes impossible.”

City Manager Arbie Taylor said replacing the units could be a multi-year project, but the commissioners said it’s a topic they would discuss at their budget work sessions Aug. 3 and Aug. 4.

“But I do think it’s commendable when someone comes to the commission with a solution to a problem,” Taylor said. “$20,000 is a significant amount of money, and it says something about citizens who want to work with the city to fix a problem.”

Taylor said the city already is discussing the purchase of two large-budget items for the golf course.