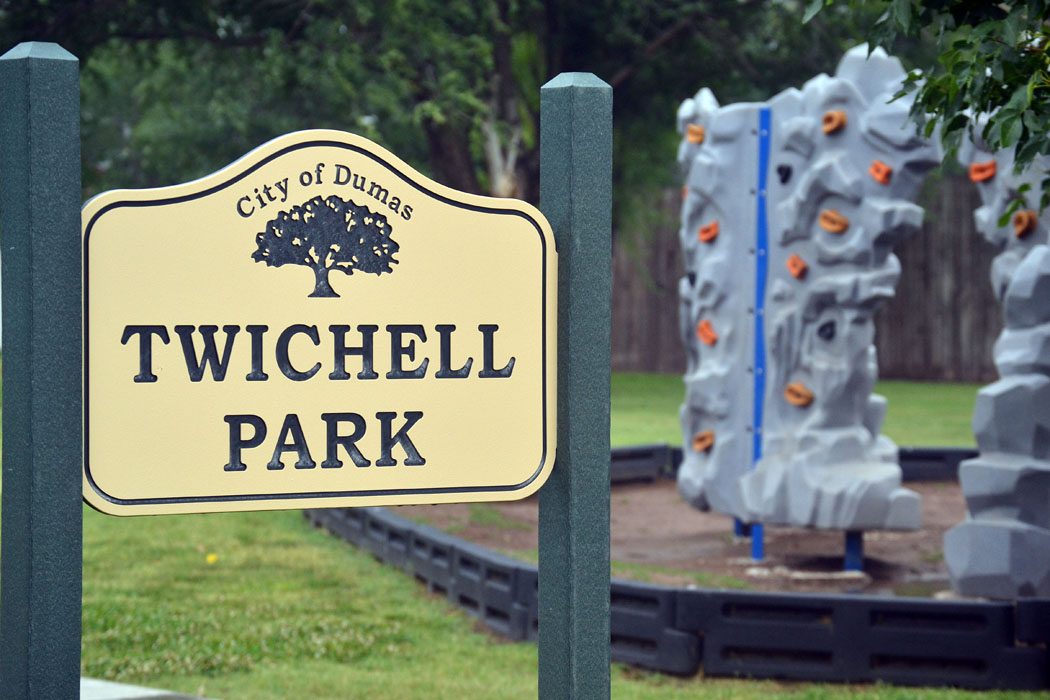 Above: A man who lives on South Twichell Avenue told the City Commission people are using the street as a bypass route, speeding down the two-block stretch of the residential street and putting the children who play at Twichell Park at risk of being injured.

A man who lives on Twichell Avenue south of 14th Street told the Dumas City Commission he’s concerned speeding vehicles are putting children in that area at risk of being hurt.

George Miller said the speed limit on that two-block stretch of Twichell is 20 mph, but drivers disregard it, often flying by Twichell Park where children play.

Miller said semi-truck drivers are using that stretch of Twichell as a bypass route to avoid going down 14th Street. The presence of Sunset Elementary School on that street means the speed limit is lowered during school hours, which some drivers don’t like, and then it’s difficult for some semi-truck drivers to turn right off 14th Street onto Highway 287. So they’re using Twichell to avoid all of that, Miller said.

“I know speed bumps aren’t cheap, but compared to a child’s life, it’s worth it,” Miller said.

Police Chief Jim Nelson said Miller’s concerns about traffic and speeding on Twichell are the first he has heard, but he said it’s illegal for trucks with a gross weight over 28,000 pounds to drive on residential streets. He told the commissioners he could have Officer Allen Garland go door to door and speak with other people who live in that area about the problem.

“I could bring that information back to the commission,” Nelson said.

“We can get those put back up,” City Manager Arbie Taylor said.

“It’s just turned into a drag strip, and it’s getting worse,” Miller said.

The Parks and Recreation Board approved a seven-year plan for the continued development of Utley Park on June 3, and on Monday, Board Chairman Debbie Beilue presented that plan to the Dumas City Commission. The plans includes:

The board also is working on a grant from the Texas Parks and Wildlife Department, and Beilue told the commissioners the board needs an appraisal of Utley Park to complete the application. The grant must be matched by the city, which concerned Mayor Pat Sims.

“I know you’re trying to get the paperwork completed for the grant, and you have a small window to do that,” Sims said, “but I’m not sure we can obligate $75,000 out of next year’s budget for this project.”

City Attorney Tom Moore said the city could use real estate as part of the matching grant funds instead of cash.

“The value is already there,” he said.

Beilue said the board needs the appraisal of the park’s lands to complete the grant application, which Moore said could be provided by Tom Ferguson, a local real estate agent.

“We’ve done some things with Tom lately, and he could get it done quickly for us,” Moore said. “Broker’s opinions don’t cost much, something like $500.”

The commissioners approved a motion to secure the appraisal of Utley Park.

The Moore County Art Association and Windows on the Plains Museum presented their fiscal 2016 budgets to the city commission, and although the commission doesn’t approve their budgets (their boards do), those organizations receive a percentage of the motel/hotel tax.

“Our attendance numbers are increasing each year,” Christman said. “We were at about 5,000 before, but about 7,000 people are coming in now.”

The attendance increase is due to more classroom activities, Christman told the commissioners. Quilting groups and adult workshops bring in people from out of town and even out of state, staying two or three nights in local hotels.

Museum attendance also is up, Glynda Pflug said, and the museum is getting ready to open its Family Life Center.

“The center will have 24 new exhibits, including one display dedicated to different kinds of entertainment,” Pflug said. “It will have stereos, an old organ and piano, a beauty shop and barber shop. There’s a story about the dust bowl, and there are washing machines, stoves, refrigerators and one large area with high school memorabilia.”

“We had people from 42 states and 12 foreign countries,” Pflug said. “We had a young man from England come in one day, and while he was in the museum, we had a water sprinkler break, and water started pouring in. This young man was right in the midst of us, and he spent about two hours helping us mop up the water. He said, ‘I’ll never forget Dumas!’” 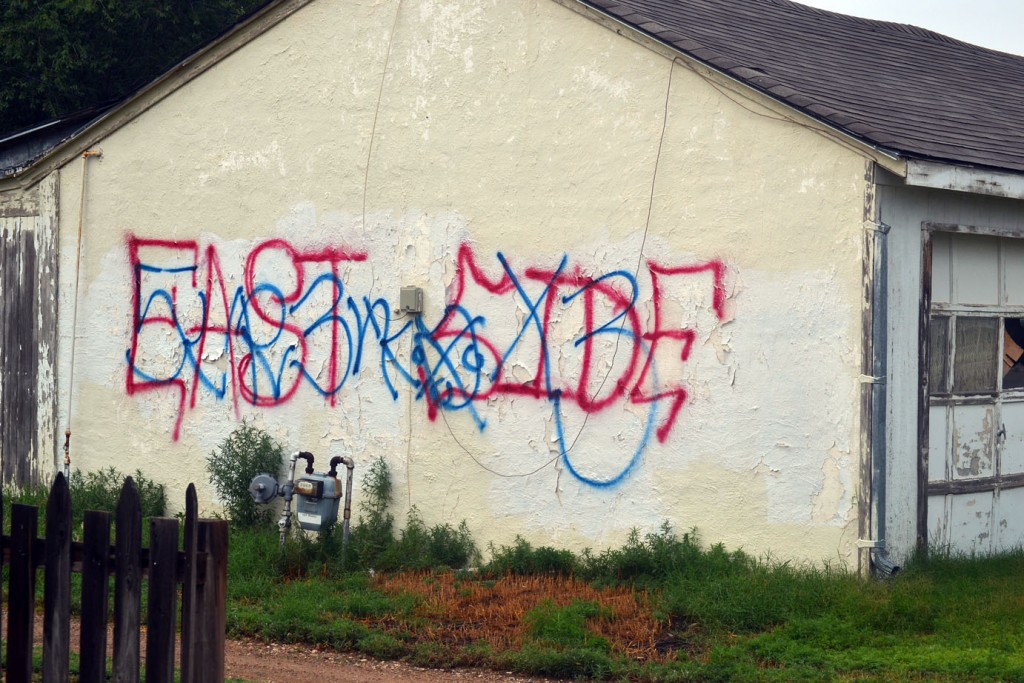 The city of Dumas and Moore County will work together to remove gang graffiti painted on homes, buildings and city property. City Manager Arbie Taylor said Moore County will supply labor through their community service program, and the city’s police officers will play another role.

“When a police officer sees a building or home that has been tagged with graffiti, he’ll go to the owner with a release form that will give us permission to paint over the graffiti,” Taylor said. “The officers already have those forms in their cars.”

Taylor said Moore County Attorney Scott Higginbotham donated paint and paintbrushes, and some of the paint is the color of the city’s dumpsters. Moore County Judge Rowdy Rhoades agreed to let people performing community service paint over the graffiti.

“This is a way for us to address the problem immediately,” Taylor said. “We can nip it in the bud.”

The city of Dumas will pay $9,400 to a business owner whose property was damaged when sanitation truck drivers drove on the business’ paved area because of excavation in the alley.

“There’s a 2-inch steel line that runs through that alley,” City Manager Arbie Taylor said. “The service there is old, and we had a leak in the middle of winter. It was very wet and cold, but we got it fixed. The backfill was wet, and there was a lot of snow, and while that was barricaded off, our trash trucks had no other choice but to go through their (AG H20 Solutions) back lot.”

Taylor said Hall acknowledged the drainage in the business’ paved area wasn’t good, but it was obvious the city contributed to the problem. An adjuster looked at the damage and interviewed Water Department personnel and concluded the city was liable. The city’s deductible is $10,000, more than what Hall is asking the city to pay.

Taylor recommended that to avoid possible further litigation, and the possibility the city would have to pay the entire cost of the repairs as well as legal fees, the city pay Hall $9,400.

The commissioners voted to approve the payment.