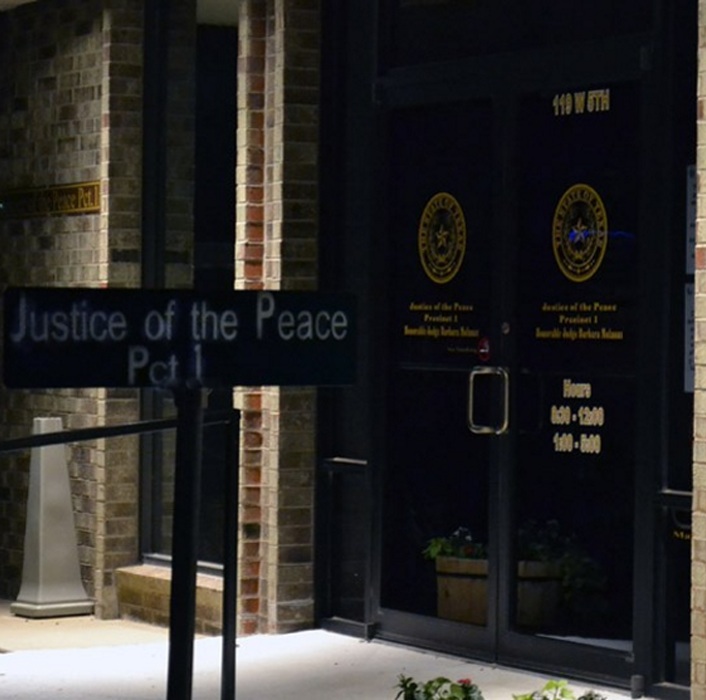 “The audit from 2014 showed a revenue decrease from 2013, but the sheriff’s department had changed their software, and some of the DPS troopers were down south, so I knew not as many tickets were being issued,” Barton said. “Even though the audit showed a drop in 2014, I wasn’t concerned because of those factors. There weren’t enough facts, but when it dropped again in 2015, I knew something was wrong.”

When a warrant is issued from one of the justices of the peace, the hard copy is sent to a county employee who works in the Department of Public Safety’s office. Her duties there limit the time she can spend entering the warrants into the sheriff’s department’s system, and when she fell behind, Justice of the Peace Barbara Mulanax decided not to send any more warrants.

“If you take them over there, and they’re not being entered, you have warrants that are just laying around,” Mulanax said. “They have gotten lost before, and that creates a liability issue.”

Barton told the commissioners they had to do something because it was a significant loss of revenue. Also, if the warrants aren’t entered in the sheriff’s department’s system, law enforcement officials don’t know if someone has a warrant when they’re stopped. Barton also said he wouldn’t present the audit in January until the problem is addressed.

“Entering the warrants isn’t the sheriff’s responsibility, and he doesn’t have to do this,” Barton said. “If something should happen, and you have a new sheriff, he might not want any of his staff doing it.”

Sheriff Bo DeArmond agreed to the proposal, but he said he doesn’t have a desk for the employee, nor does he have a computer for her to enter the warrants. Also, the person entering the warrants has to be licensed, which comes with a fee of about $1,200, he said.

“I’ve called other JPs [about his issue], and they told me they enter their own warrants,” DeArmond said. “We’ll do what we have to do, but it’s not our responsibility.”

Commissioner Lynn Cartrite asked Mulanax why she hadn’t told the commission about the warrants not being entered into the system.

“I haven’t stopped doing them,” Mulanax said. They’re in my system. I just stopped taking them to the DPS office because they could get lost. I don’t want to lose original warrants. You can mess up a whole person’s life.”

Care must be taken to accurately enter the warrants because an error could cause the wrong person to be arrested, Barton said. When the sheriff’s department changed its software about a year-and-a-half ago, the new software requires more steps to enter the warrants. When the commissioners suggested the clerks in the justices of the peace’s office enter the warrants, Mulanax said her clerks don’t have the time to do it even if they were licensed.

“I’ve been asking for another employee for years,” she said.

Barton stressed the commissioners need to fix the problem, and using a sheriff’s department employee is only a temporary fix.

“In three months, the sheriff might decide it’s not working for him, and you’ll have to do something else,” he said.

The commissioners voted to pay the full-time employee $2,960 per month with a $50 raise every six months for two years. The justices of the peace and the sheriff would each be responsible for half of the salary, and the county’s budget will have to be amended to accommodate the hire.