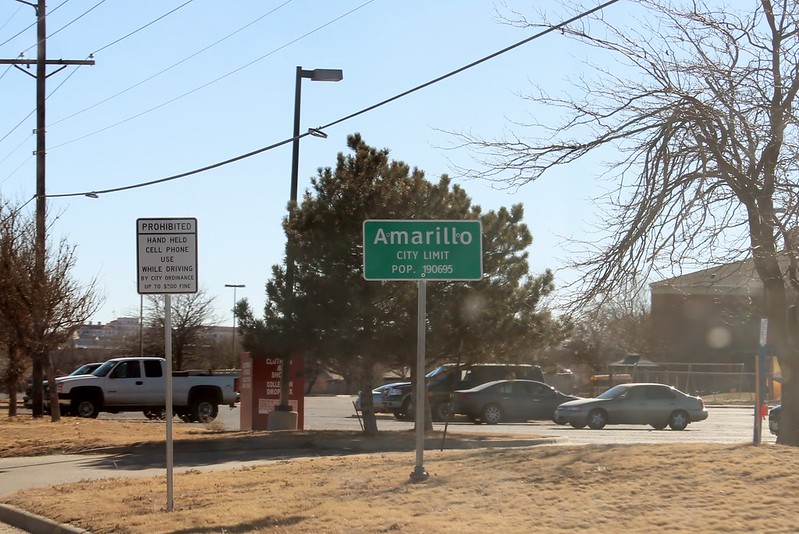 It appears Amarillo Mayor Ginger Nelson thinks the northern city limits line has been moved to northern Moore County. On Saturday the City of Amarillo released a statement on their website stating “As a result of Amarillo Mayor Ginger Nelson’s recent request for assistance…the Centers for Disease Control and Prevention (CDC) will be assuming operations of the COVID-19 response in…Moore County.”

This comes after weeks of media frenzy about the JBS plant in Cactus being the source of COVID-19 cases and after multiple visits to the plant by state and local health officials.

JBS has come under tremendous pressure during the COVID-19 outbreak. They have temporarily shut down several plants in other areas that had outbreaks ahead of Moore County. The company also opened the Cactus plant doors to local and state health authorities, gave tours to the media, and top company leaders answered a barrage of questions from the press about the companies response efforts.

In fact, City of Amarillo Health Department officials toured the Cactus plant along with Moore County Officials and Texas Department of State Health Services (DSHS) representatives on April 22nd. After that tour took place, DSHS released a statement saying “DSHS staff went to the plant today, saw that they had implemented our recommendations and noted that they were following all of the best practices for an essential business to remain in operation.” From the wording, in that statement, it was apparent that DSHS didn’t have any issues with how JBS was conducting operations at the Cactus plant.

If the City of Amarillo officials had found concerning issues at the JBS plant on April 22nd why didn’t they raise those concerns with Moore County officials, and the state, at that time? Why is the Amarillo Mayor just now sounding an alarm and calling in the CDC?

According to an ABC News article published on the same day as Mayor Nelson’s press release, industry leaders in Michigan had decreased production in order to install “new safety measures for the employees like plexiglass and social distancing measures.” According to Gary McDowell, director of the Michigan Department of Agriculture and Rural Development. “…these changes will deliver long-term supply chain strength and, most importantly, improved safety for workers throughout the agricultural industries.”

These same measures were implemented weeks ago at the JBS plant in Cactus. In fact, the innovative employees at the Cactus plant were probably the ones who developed most of these solutions in the first place.

There are also several questions that we are waiting to have answered by DSHS. The Moore County Journal contacted DSHS on April 25th to find out if the state was still accepting rapid tests for official state counts. At that time, we had been told by a local official that the state was no longer accepting the tests. We never received an answer from the state.

We contacted DSHS on April 25th to find out how many people had been tested at drive-thru test sites setup in Dumas. We never received a response from DSHS.

We also contacted DSHS on May 2nd to learn more about the CDC being dispatched to our community. We have not received a response. The only communication concerning these matters is coming out of Mayor Nelson’s office in Amarillo.

In a related matter, the Moore County Hospital District (MCHD) also released a statement on Saturday saying they were not going to be able to provide local COVID-19 data because DSHS would be assuming management of positive COVID cases in Moore County.

We can partially understand this due to the fact that many private tests are being conducted and those results are sent directly to DSHS. This means it is impossible for MCHD to have complete data of COVID-19 cases in Moore County. However, the DSHS website only gives a fraction of the data about Moore County, whereas MCHD has been publishing detailed data almost daily. These changes prompted several concerned citizens on Facebook to voice their opinions. MCHD announced they would re-evaluate what information they were going to be able to publish in the future.

Our local front-line workers have been working hard to monitor, treat, and respond to COVID-19 patients right here in Moore County. MCHD, in conjunction with local physicians, developed a patient monitoring program back in March to help ensure that COVID-19 patients quarantined at home were being checked on regularly. These latest steps by the Amarillo Mayor and DSHS could short-circuit programs like this if not transitioned properly. Patients under home quarantine need to be assured that a local health official or their own local doctor is monitoring their progress.

It’s also important to note in this discussion that Moore County does not have its own official health department/authority. Moore County designated DSHS as its health authority years ago. During a disaster this allows DSHS to assume control over managing outbreaks like COVID-19. To date, MCHD has been doing more to help manage the local outbreak than the state has. Now we should feel safe because DSHS and the CDC is assuming control of the situation? This all adds confusion and speaks to the general lack of coordination between state and local entities.

There are many questions that need to be answered in all of this. Mayor Nelson’s over-reaching arm is one question, as well as why did her own health department give a green light to JBS on April 22nd if there were still issues at the Cactus plant? Why wait weeks later after the Governor has re-opened the state to sound the alarm? Why the CDC now Mayor Nelson?

We understand the resources and help the federal government can bring to the table in this situation. This is not meant to suggest we should turn away CDC or state assistance. It’s meant to shine a light on the timing of these events and ask some basic questions that no one else is asking. Amarillo media has mostly copied and pasted Mayor Nelson’s press release.

We believe DSHS should be able to answer many of these questions since they are in fact Moore County’s official health authority. However, it appears Austin is asleep at the wheel, and an information disaster is taking place at the same time as a world-wide pandemic is wreaking havoc in our community.

The CDC and DSHS will only be in “control” of the situation for a few days. Moore County residents and their families will have to live with the consequences of this disaster for the rest of our lives.

Raymond Brady is the President, and publisher, of Moore County Journal LLC and a life-long resident of Moore County. He previously served as the Moore County Emergency Management Coordinator from 1998-2003 under the direction of both Judge Billie Faye Schumacher and Judge Kari Campbell.

It’s my party, and I’ll cry if I want to

The Journal isn’t a hobby — it’s my job