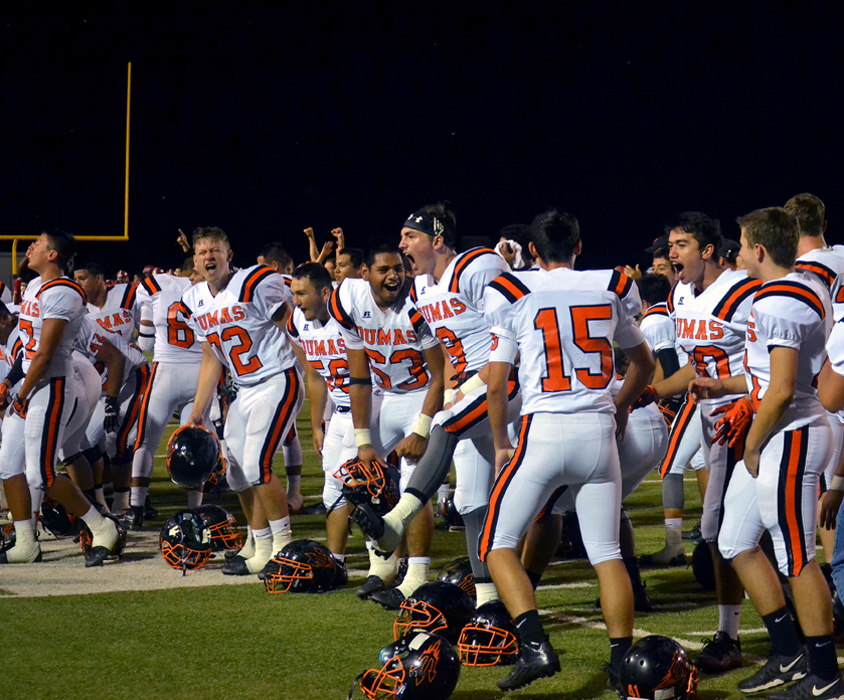 In 2012, Mexico, a decided underdog, won the country’s first Olympic gold medal at the London Games and the first significant international soccer trophy of any kind with a 2-1 victory over Brazil. The Brazilian team was loaded with stars, but they clearly didn’t intimidate the Mexican team. That victory was viewed by many as the greatest victory the county has ever witnessed.

Common beliefs of athletes with a winning mindset are:

A winning mindset can be developed, but it starts with making the choice to have the mindset I’m talking about. Every athlete must make the decision that when faced with adversity or an opponent that is considered by many as better and unbeatable, they will do whatever it takes and make every effort to put their team over the top. They expect things to go their way. They will always find a way to win.

The Dumas Demon football team is a mindset away from winning our battle against the Randall Raiders on Friday. Randall is a very good football team. They are well coached, and their team is loaded with many talented players. They are used to winning and playing in big games. Many of their players were part of last year’s team that won the district title and played in the 4th round of the playoffs against Aledo, who went on to defeat Temple for the state championship.

I haven’t looked at any predictions and really don’t care to, but I assume we’re the underdogs. That’s fine with me. My coaching staff and our players are a highly motivated group that is confident in what we do. We are excited to play such a fine team and believe we can win.

Being the underdog is nothing new for our team. It serves as motivation for our players to make a statement and to prove malcontents wrong. I believe the Dumas Demons have the winning mindset needed for victory this Friday night.

“I never expect to lose. Even when I’m the underdog, I still prepare a victory speech.” — H. Jackson Brown