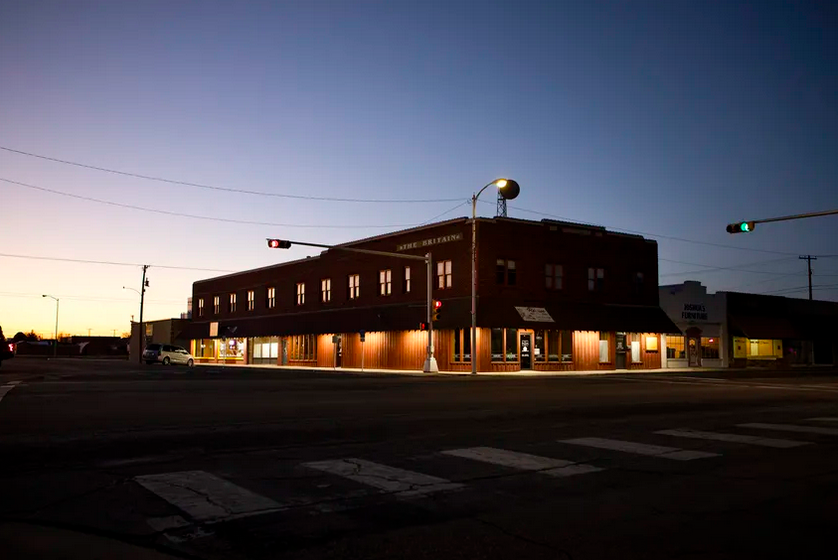 When Anderson County told residents not to assemble in groups with more than 10 people, officials got some pushback from churches. County Judge Robert Johnston said that was partly because residents wanted to meet on Sundays like they always have, but it was partly because they don’t have a way to meet online. “A lot of this county has no internet service,” he said.

Many jobs can’t be done from home. That often includes work that could be done remotely — if only the computers and networks were available. And it’s a particular problem in rural Texas, which lags far behind the rest of the state in access to the internet that many urban and suburban Texans take for granted.

It’s a problem in metropolitan areas of the state, too, but for a different reason: Computers and broadband are expensive.

At times, not having broadband is just an inconvenience. It would be nice to have Netflix or Hulu, maybe, but not essential. But when the people running your city or county tell you to stay home and work from there, or when the schools close and offer classes only online, internet access becomes a necessity.

Access just means internet access for someone who wants it. The numbers on how many Texans actually have broadband are much lower. Only 65.6% of Texas households have adopted broadband, Harris said, citing numbers from the U.S. Census Bureau’s American Community Survey. The other 34.4% includes rural, suburban and urban Texans — anyone with access to broadband who doesn’t subscribe to it.

That leaves around one Texas household in three without a connection to the communications network that makes it possible to work from home — if your job even allows it — or to take part in online education being offered since the pandemic shuttered the state’s public schools. We’re 38th among the 50 states in broadband adoption.

Some of the solutions are creative. WesTex Connect, an internet service provider in Abilene, has set up free Wi-Fi hotspots in parking lots next to football stadiums, at the Abilene Convention Center, in Clyde, in Merkle, at the Farmer’s Co-Op Gin in Stamford and next to a lumberyard in Stamford. More are on the way, the company says, for anyone with schoolwork to do, bills to pay, whatever requires internet access.

It’s great that the company is doing that, and a shame that it’s needed. Commerce and public education depend on internet access right now. In normal times — remember normal times? — someone without internet or a computer at home can go to a public library to get online. That’s true in cities and in small towns.

At the moment, internet is a necessity, a requirement for anyone who wants to stick with public health advice to stay at home, and also needs to get an education or work from home — not to mention paying bills, ordering groceries, catching up with friends and seeking entertainment.

Some of this is about access. There are places — the woods of East Texas and the empty expanses of West Texas — where internet and even cellphone service are unavailable. Most of those are rural.

More of it is about adoption in places where access to broadband is available but where, for a variety of reasons — high prices, personal preferences, whatever — Texans aren’t connected to the virtual network that makes it possible for a social culture to weather a sudden, shocking change in how we talk and interact.

The pandemic has moved Texas online for education, commerce, health care and entertainment. But relying on that broadband network to keep us stitched together while we stay at home to keep the new coronavirus at bay leaves about a third of the state’s households at an unsustainable social distance.