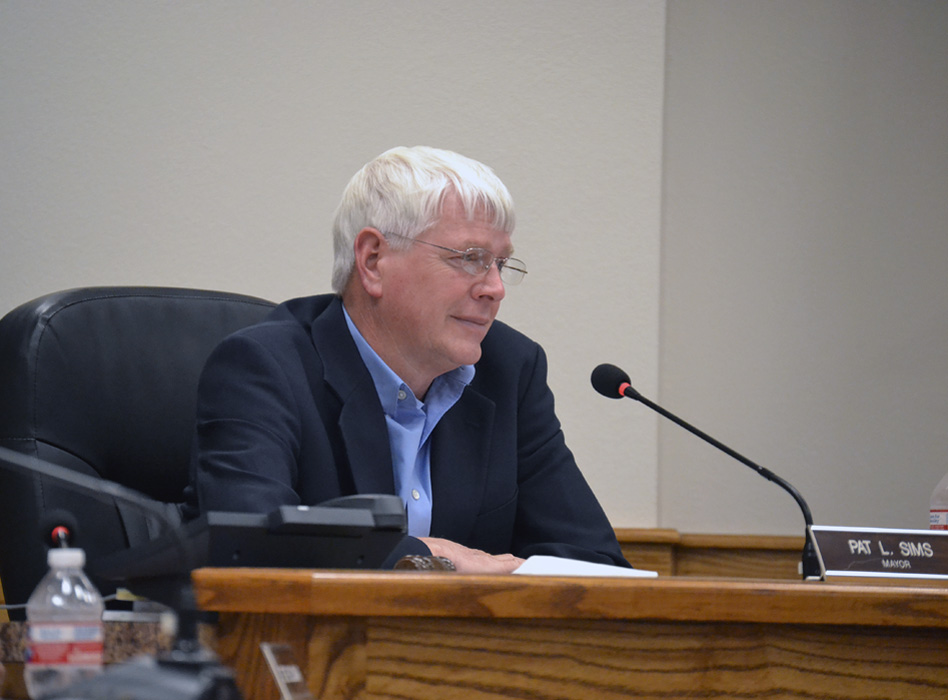 Above: Mayor Pat Sims listens to YMCA CEO Brenda Elzner discuss the ramifications a $60,000 under billing for gas usage would have on the YMCA’s budget during a Commission meeting Monday

The Dumas City Commission began its meeting Monday trying to unravel an intricate billing problem that shows the YMCA was under-billed for gas usage by $60,157.41 over a 25-month period. The problem is aggravated by reports showing the YMCA has an $11,000 credit when it actually doesn’t, and it’s money the YMCA will have to pay.

Mayor Pat Sims moved the Commission’s work session to the beginning of the agenda, and YMCA CEO Brenda Elzner told the commissioners that depending on how the billing problem is corrected, it “could be pretty devastating to the Y in the near future.”

City Finance Director Dottie Crockett explained to the Commission in a four-page account how the problem began, the amounts the YMCA was billed and what it should have been billed. Two years ago, a city clerk, who is no longer employed, didn’t make an adjustment required on some of the city’s gas meters.

“The City’s gas utility has 85 ‘large’ gas meters that require special treatment when they roll over their five dials,” Crockett wrote. “When these meters ‘roll-over’ from 99999 each one has to be reset to pick up the last digit, otherwise the system only reads the first four digits on the index. Most of the time, this is not a problem because when the account will show up in the clerk’s exception report and she knows to change the setting on that particular meter to pick up that last digit.”

But the clerk didn’t make the adjustment in August 2013, and the system continued to read only the first four digits on the YMCA’s meter until it rolled over again in September 2015. Crockett said the new clerk saw the exception report, investigated it and found the problem.

The commissioners acknowledged the city made the error and discussed solutions that include allowing the YMCA to begin the correct billing process in January. Elzner said it has never been easy for the YMCA to make budget, a problem that has been elevated with the opening of other gyms in the city, which has cut into the organization’s revenue.

The commissioners didn’t take action on the issue because it was on their work session and not on the formal session.