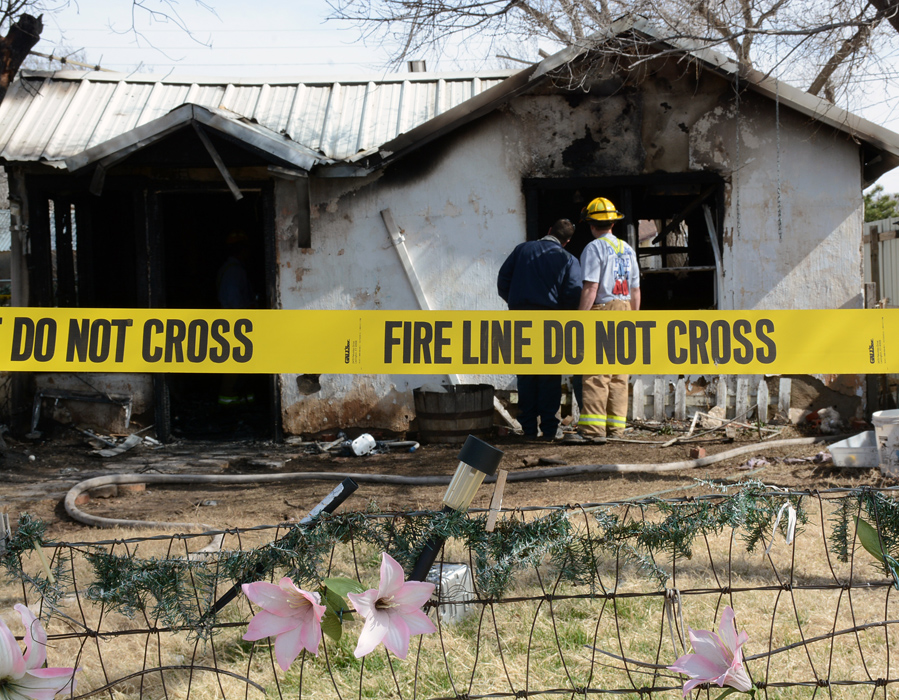 Above: A fire destroyed a house at 1027 S. Klein early Monday morning. The occupant, Joann Harris, was arrested and charged with arson.

Shortly after Dumas firefighters responded to a structure fire Monday, Dumas police officers arrested a woman who admitted to setting fire to her home.

Fire Chief Paul Jenkins reported four firefighters on duty responded to a fire at 1027 S. Klein at about 2:45 a.m. The firefighters did a “knock down” to control the heat and then conducted a primary search of the house to determine if anyone was inside.

“People were telling the men that the lady who lives in the house was inside,” Jenkins said. “Once they got the fire controlled, they did a secondary search. No one was inside the structure.”

Fire Capt. Galen Davis asked the police officers who had arrived if they could search the area for the woman who lives in the house. The officers found the woman, Joann Harris, walking near Dairy Queen.

“She made a res gestae statement,” Police Chief Jim Nelson said. “She said, ‘I’m probably the one you’re looking for. I just set fire to my house.’”

A gestae statement is one made spontaneously and concurrent with an event and is admissible in court.

Jenkins said the cause of the fire is under investigation to determine if it was intentional. Jenkins said the house is a total loss, and Deputy State Fire Marshal Mike Ryan is assisting with the investigation. Harris has been charged with arson and is being held in the Moore County Jail on a $200,000 bond.