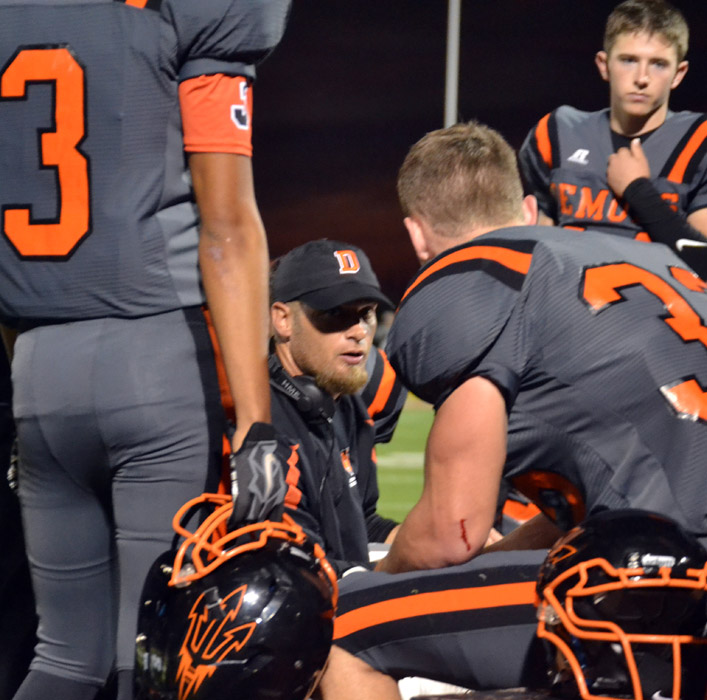 Wherever students and teachers are present, you have a classroom, and whether they are in a room with desks, or on a field or gym court, there exists the opportunity to introduce the instruction young people can apply to all aspects of life. Through athletics, we can teach teenagers the core values of hard work, sacrifice, discipline, investment, responsibility and respect, which they can harness to academics.

Years ago, I learned an important tenet that has stuck with me: “Win without bragging, lose without excuse.” The late Dennis Cavalier, former head coach of the Pampa Harvesters, instilled that philosophy into his athletes, and it set a foundation on which his football program was built. His philosophy taught me and many other young men how to handle success graciously and to accept personal responsibility for failure. As we move through life, we must be prepared to handle success and failure, and I believe athletics is the perfect classroom to teach those valuable lessons.

Athletics provides young people an opportunity to build relationships that will last a lifetime. On the field or on the court, each student athlete links his or her work and sacrifice to that of their teammates’ to achieve a goal. They are united, and they take that understanding off the field, using it to honor their family bonds even more. But as strong as the relationships between teammates can be, it is the bond between athletes and their coaches that is almost sacred. We are more than athletic coaches. We are life coaches. We keep their confidences, and we cry and rejoice with them.

That teamwork and selflessness builds a strong athletic program. When a teammate cares about his or her teammates’ successes more than their own, they have learned one of life’s greatest lessons. Selflessness is the true meaning of team, and when athletes learn that what they are a part of is much bigger than themselves, that it’s not about them but more about the team, they’ve grasped the soul of athletics. They’ll use that teaching throughout their adult lives because it is teamwork and selflessness that builds strong families and successful careers.

Coaching is a demanding profession. It can be frustrating and stressful, not only for the coaches but for his or her family. Game preparation requires countless hours, all for a contest that will last only an hour or two, and in some cases, the outcomes of some of those games are heartbreaking. There are people who think coaches are crazy to put their professional successes in the hands of 15, 16 or 17 year olds, but coaches know it isn’t all about the wins and losses. It’s much greater than our records. It’s about using our platform to teach young people to be leaders.

Athletics is one of the greatest classrooms where boys and girls can be inspired to become great men and women.