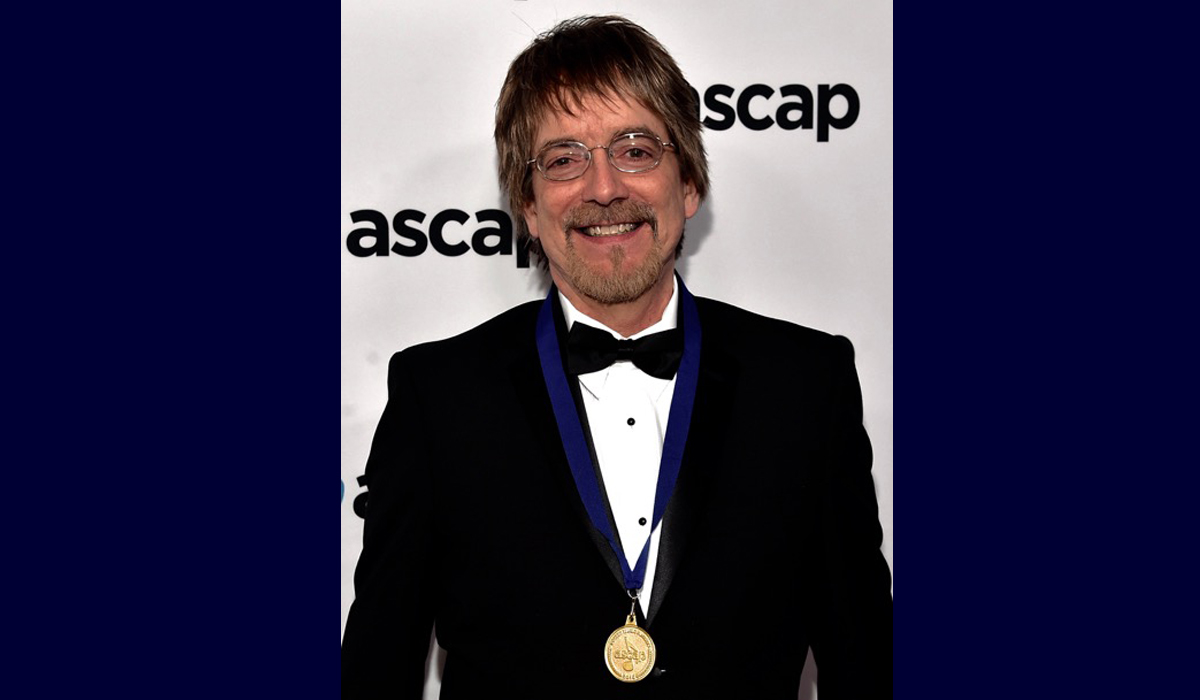 Above: Paul Mills, DHS Class of ’74, will be inducted into the DHS Hall of Fame on Friday. He composed the score for “War Room”, “Woodlawn” and other movies, and he recently received an award from the American Society of Composers, Authors and Publishers.

For the past several days, I’ve tried to write this story as a news piece, but I haven’t been able to get past the lede. It sometimes happens, usually when you’re too close to the issue, and it blocks you from staying objective. But I think in this case it’s because I’ve known from the beginning I didn’t want to write a news story but thought I should, so after several days of rewriting two sentences about 100 times, I gave in to what I should have done in the first place. It’s a story of memories, hopes and dreams that eventually come true, and how can that be written as news?

In 1973-1974, I was a sophomore at Dumas High School. I don’t know how it is now, but in those days, the senior boys kept the sophomore boys in check. There were rules, like only juniors and seniors could sit in the student lounge — we sat in our section in the gym; they sat in theirs. We didn’t see it as bullying. Not at all. It was tradition, and one we all embraced. Every boy who graduated from DHS in those years probably has, to this day, a dent in his head from where a senior boy “dobbed” him with his class ring. It hurt, but so did the licks from the coaches’ paddles. The word “hazing” never entered our minds. We probably didn’t know what it was.

As sophomores, we were a bit in awe of the seniors. To us, they were grown ups. At that time, the legal age to buy beer and liquor was 18, which meant a good number of seniors kept the local liquor stores in business. I’m not saying it was a good thing, but the seniors were able to do things that made us impatient to get there— sit in the student lounge, “dob” sophomores and buy beer. Well, some of us.

In those days, music was my life. I was involved in other activities, but I lived for band. I had a dream I would go to the Eastman School of Music and then get snatched up by a major symphony. We had an incredible program in Dumas that was preparing some of us to pursue careers in music, and there was major talent in the DHS band: Penny Smith, Kim Craig, Lynette Miller, Jan Miller, Martha Dunn, Jim Lovell, Duane Hill, Kathy Lewis — I could go on, but there was one senior who stood out, not only because of his musical genius but his kindness, too.

Paul Mills played trumpet, was a drum major and was involved in a dozen other activities. His smile radiated, and he treated everyone with respect — even us sophomores. I’m not just saying that. He truly was a nice guy, not because his church told him he should be but because it percolated from a good heart. I hadn’t spoken to him since he graduated in 1974 until I interviewed him in November 2015. He had composed the scores for “War Room” and “Woodlawn”, as well as other movies, but when “War Room”, a faith-based movie, beat the odds and took the No. 1 spot in the U.S. for a week last year, Paul’s reputation as a composer climbed up there with it. When I interviewed him, I felt I was once again the sophomore in the presence of a senior, and Paul, once again, quashed that feeling with his kindness.

Since that interview, the blessings have continued to rain on Paul. I spoke with him again a couple of weeks ago, and he said that out of the blue, the American Society of Composers, Authors and Publishers called him and said they were giving him an award. If you don’t know, ASCAP is a big deal, the home to the greatest names in American music, past and present — from Duke Ellington to Katy Perry, from George Gershwin to Jay-Z. That kind of big deal, and they had an award for Paul. He flew out to Los Angeles from his home in Tennessee to accept it, and he was in the company of people like Mike Post, composer of “Law & Order”, Joseph Trapanese, composer of “Straight Outta Compton” and Michael Giacchino, composer of “Jurassic World.”

No doubt, the recognition means a lot to Paul, but he’s receiving another honor Friday that means as much. He will be inducted into the DHS Hall of Fame, and it’s fitting he’s receiving it in May. Forty-two years ago in May, he graduated from Dumas to begin a career that’s taken him into the company of the world’s greatest musicians and composers. And those accomplishments are bringing him back to his Dumas roots where it all began.

I decided to save the news story for after the awards Friday. For now, I just want to say how proud and excited I am for Paul. Like him, I know our incredibly gifted teachers set the embedded-in-granite foundation he’s built on for over four decades. Don Craig, Pauline Moser and Larry Guess inspired all of us who loved music, and we sweated blood to meet their expectations. You never forget the people who awakened and nurtured your passions. For Paul, me and many others, it was music.

Someone who has reached the career levels Paul has might have said he was too busy to accept the DHS Hall of Fame award. After all, he was just in Los Angeles with the big dogs in the industry. Dumas who? But not Paul. He’s never forgotten where it all began. He’s never forgotten Mr. Craig, Mrs. Moser and Mr. Guess. Dumas has much to be proud of in Paul. The city produced a man whose musical genius puts him in the company of stars and a strong Christian whose convictions keep him humble.

I was in awe of Paul when I was a sophomore, and he was a senior. I’m in awe of him still, not only because of what he’s accomplished but because 42 years of life have only polished what always was a diamond. Congratulations, Paul, and welcome home.