Home OPINION We can craft laws that allow for Dumas’ growth and still protect... 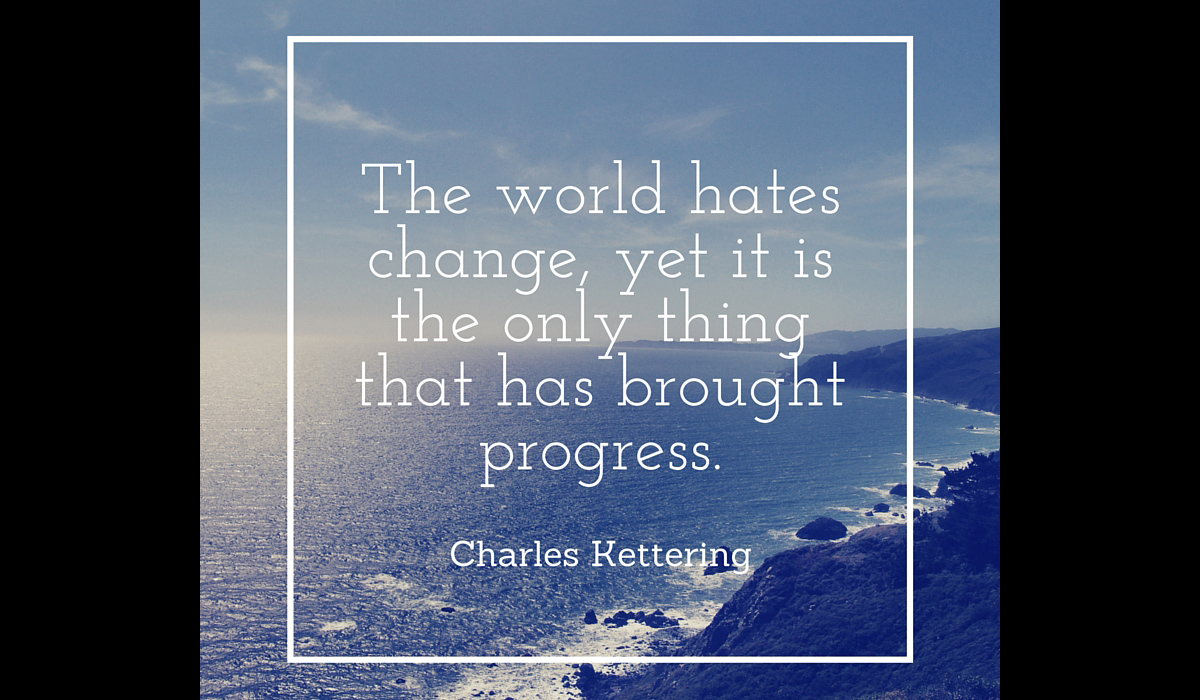 I don’t miss rotary phones or those manual typewriters that weighed 1,000 pounds and were built with enough metal that if you scrapped one of them, it would fund your kid’s college education all the way through graduate school. The force it took to make a key hit the paper was equal to what it takes to ring the bell with the big hammer at those carnival games. Not only did we have to walk 15 miles in the snow to get to school while fending off ravenous wolves and marauding outlaws, we had to type on those monsters once we got there. It was worse than making little rocks out of big rocks at San Quentin.

Manual typewriters and rotary phones are to my generation what covered wagons were to my grandparents’ time. None of us thought we suffered hardships because Al Sharpton wasn’t around yet to tell us any different. We trudged off to college, toting those behemoths, and once in our dorm rooms, we’d call our parents collect on a rotary phone to tell them we dropped the typewriter, sending it crashing through five floors and could they send money to cover the damages. Mine never would accept the collect calls, though. “We don’t know anyone named Steve,” they would tell the operator. Monthly therapy is going well, thanks for asking.

I also don’t miss polio or ice cube trays. You see, I like change. I love it, embrace it and often put a welcome sign on the door to greet it. Other people, though, rip their hair out if someone so much as moves the rear view mirror 1/16 of an inch. You can turn it longways or upside down for all I care. Big changes usually don’t bother me much, either, because I know nothing can stay the same. If it did, I’d be typing this column on my 300-pound manual Royal and not on this sleek iMac that I love more than chocolate cake. And that’s a lot of love.

I remember back in the mid 1970s when pocket calculators were sneaking their way into the classrooms. Not many of us had them because they cost about $300 at that time, but I managed to sell a kidney and the CB I got for Christmas to buy one. Mrs. Russell taught chemistry at Dumas High School in those days, and she didn’t tolerate much nonsense. Pocket calculators were very much nonsense and would never take the place of a slide rule, she said, and so we had to do our calculations on a stick while rapidly developing technology stayed in our lockers. It took her a little time to get on board, but she was a brilliant woman and could see calculators would be the standard. We were soon using them in her classroom, and I think she finally used her slide rule to prop open the window.

People who fight change can be comical. Sometimes they’re maddening, depending on the tactics they use. Fifty-plus years ago, we were told integration would be the nuclear bomb that would lay waste to American society. We wouldn’t survive if blacks sat next to us in restaurants or swam in our pools. And let women vote? Have you lost your mind? Oh, and I’m still waiting to turn on the evening news to be told Earth has stopped spinning on its axis and has come to a dead halt because same-sex marriage is now legal.

There are some people who say I have no interest in reporting the news and want only to stir up trouble. They think that because they’ve never been held accountable. The newspaper, under the current publisher, has never held public officials’ feet to the fire and made them operate transparently, so those officials don’t like it when someone does. The Journal has brought change, and we’re back to how people don’t like it, are afraid of it and want those people who push for it to go away. Guess what. I’m not going away. Never. As in never ever.

I make no secret of my political leanings, or anything else about my life for that matter. I’m pretty much a liberal on most issues and very conservative on a few others. No one can convince me that abortion isn’t murder, and I’m against it. That doesn’t sit well with my liberal friends, but then my liberal views don’t sit well with my conservative friends. People don’t have to agree with my views, and I don’t have to agree with theirs in order for us to be friends. I’d be bored if the only people I spoke to shared every single one of my beliefs. How would I ever grow if I’m never challenged? My mind is about as open as the Panhandle skies.

During the past several Dumas City Commission meetings, there has been talk about change, and it concerned some people. The organizers of The Texas Tumbleweed 100 Endurance Ride recently asked the Commission for permission to give the participants a beer at McDade Park at the end of the ride. There’s an ordinance in place that prohibits alcohol within 1,000 feet of school property, so the commissioners had no choice but to deny their request. Commissioner Bob Brinkmann, though, wanted the commission to look at that ordinance so that perhaps it would be possible for future events to serve beer at the park. Mayor Pro Tem Dr. David Bonner said he was “250 percent against it”, and his opposition to it has strengthened since the first meeting it was discussed. Change. It’s a scary thing.

On Monday, several Dumas pastors laid out to the commission what they believe alcohol does to people who consume it. One minister said it leads to “rape and poverty.” All of those who spoke to the Commission on Monday said allowing alcohol at an event in the park would put children in danger. I disagree.

To the people who worry about exposing children to danger, I ask you consider what a child can access on his cellphone. It can be horrific. Any and every kind of pornography is a Google search away. There are predators who use the Internet to scout for victims, but there isn’t much outcry about that. I’m more worried about a pedophile communicating with a child through the Internet than I am about that child seeing someone drink a beer or somehow even getting hold of a beer.

Alcohol in excess is definitely a bad thing. So are other addictions — gambling, eating, sex, pornography — you name it. But for people to say alcohol will lead to rape and poverty is an exaggeration. And it’s a scare tactic to fight change. People who don’t want change have to find their mantra, whether it be integration will be the ruin of the country or same-sex marriage will destroy all marriages. As far as I know, straight people are still getting married more than a year since it became legal for gay people to do it. Do you know what destroys marriages? Divorce. But I don’t see anyone campaigning to outlaw it. Almost every person in Moore County is going to vote for a man who has been married three times, so don’t bring religious righteousness into the argument. Not if you’re going to vote for someone who clearly violates Christ’s words about divorce.

There was a lot of talk about morals at Monday’s meetings. We absolutely must have laws that encourage us to at least act like we have morals. I agree it’s absolutely immoral for adults to get fall-down drunk in front of their children or anywhere else, but it’s possible to craft laws and ordinances that protect children while still allowing growth and change. It absolutely can be done. Do you think drinking and drug use isn’t happening at McDade Park? If you do, let’s you and I go sit out there for a bit. It’s not the oasis you think it is. But an event that is regulated, patrolled by law enforcement and held to the ordinance that allows it can be successful and safe. A woman told the commissioners on Monday there is no drinking at Dogie Days, the city’s biggest entertainment event, and I about fell out of my chair. She would be surprised to know there’s enough consumption of alcohol at Dogie Days to rival any of the bars in town.

I respect people’s religious beliefs, and they have every right to ask their elected representatives to consider them when making decisions. But surely we can come together and design ordinances that will allow events that will grow our city while still protecting our community’s values and morals. DEDC Executive Director Mike Running recently told the Commission millions of Dumas’ dollars end up Amarillo’s coffers because we go there and spend our entertainment dollars. I, and many others, want to spend some of them here. We want people to come to Dumas for our events and leave their money in our hotels, restaurants and businesses. I disagree that drinking alcohol will lead to rape and poverty because if that were true, half of Dumas would be in jail or homeless. Who do you think buys all the beer sold in Dumas’ stores or drinks it in the clubs?

By no means do I always live up to the morals I know I should, but I’m trying. I’m also trying to be a part of Dumas’ growth, and I would never advocate for something I think would harm our children. I mentioned my opposition to abortion. I’ll go ahead and tell you I oppose it no matter what caused the pregnancy. In my heart it’s murder, and absolutely nothing can excuse it. No child can be murdered for any reason, and we cannot have any laws that would put children in danger. We can, though, have laws that protect them and still allow events where beer is served. We can.

I’ve run on, but I so believe Dumas can be a destination where tourist dollars stay after the travelers leave. And to the gentleman who told the commissioners God appointed them. With that argument, you must believe God appointed President Obama, and if Hillary Clinton wins the election, God willed that, too.

I’ll leave you with that.

It’s my money, and I want it now

Move along, Aguilera, you’ve been dethroned as celebrity judge