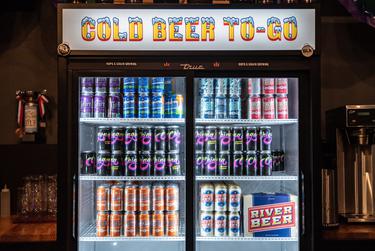 DUMAS, TX – The Dumas City Commission voted no on Tuesday to the question “Shall the ordinance specified in the referendum petition be repealed?” With the vote, the commission sends ordinance #1205 to Dumas voters in November to make the final decision.

Sunday beer sales in Dumas were just beginning under the new ordinance but store owners will now have to pause Sunday beer sales until November when voters make the final decision on the matter.

The Dumas City Commission action comes after a local group began gathering signatures in January on a petition seeking to have Dumas voters decide if beer sales should be allowed in Dumas on Sundays. Historically beer sales on Sunday inside Dumas city limits have been regulated by City of Dumas ordinance #983. The new changes would essentially de-regulate beer sales in Dumas on Sundays.

Dumas citizens have had many discussions with city hall on the beer topic over the years. The Moore County Journal has covered the issue since 2016 when commissioners faced local opposition to changes in Dumas law that would allow alcohol in city parks. The commission ultimately changed the law in 2021 and the first beers were served in McDade Park last summer.

Dumas voters will have the last word on the latest beer issue in a November election.