Home NEWS Vaughn: Change will always be a part of our lives, and we... 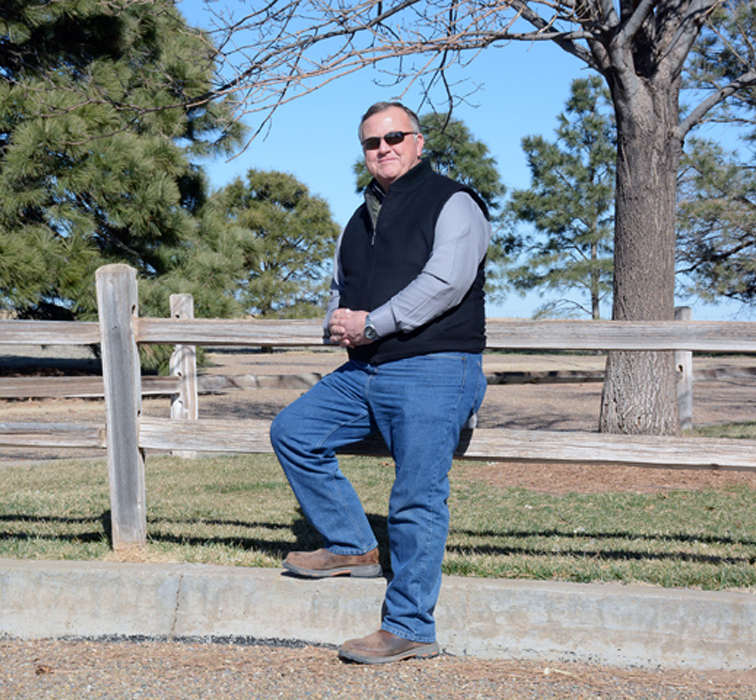 Why do you want to be the Moore County Commissioner?

I believe in public service. It’s a noble calling, and I want to give back to my community. My family was blessed growing up here, and I want to help the county grow. Being county commissioners is another avenue to serve, and that’s my whole motivation.

How do you feel about the proposed truck relief route?

I’ve been concerned all along. The Chamber held a meeting about this last spring, and I’ve told people there are always winners and losers no matter the outcome. The relief route will require careful thought, and we have given it careful thought. I have to side with the positions the county and city commissions have taken. We have an opportunity to shape this so it’s the best situation for as many people as possible.

It’s going to be important for the city and the county to work together to mitigate the losses that will occur. The relief route is inevitable, and keeping it close to town is the best possible outcome for us. If we leave it up to TxDOT, it could be built far south of the city, but if we work to bring it close to Dumas, we can commit resources so we don’t sustain any more loss than is absolutely necessary.

Do you have the wherewithal to stand up to people when they don’t agree with you?

When I was president of the National Corn Grower’s Association, I was responsible for dealing with a diverse organization. Illinois’ needs are different than Iowa’s, and Iowa’s needs aren’t the same as Texas’. Sometimes I was in the hot seat because I had to make decisions that were in the best interest of the organization, and that sometimes made someone unhappy.

At the same time, I also was serving on the state board. I went to them and told them I’d always be a Texan, but I have to represent the organization as a whole, and I’d have to make decisions accordingly. There were 33,000 members in the organization, and it strengthened my ability to build a consensus. We have to bring all the parties together and make sure no one is being left out. When there’s an issue such as the relief route, we have to find a way to ensure as few people are affected as possible. That might mean having to stand up to someone who doesn’t agree. You have to do what’s right for the whole group, county or city, and you might have to make a decision that doesn’t sit well some people.

Do you support the hospital expansion?

We have to maintain our infrastructure. Too many people travel back and forth to Amarillo, and our hospital is worn out. I’m not farming with tractors from 1948. Hospitals wear out, and we have a facility that’s out of date. The bathrooms aren’t handicap accessible, and that’s only one of the issues.

I have elderly parents who have been in the hospital, and it’s urgent for us to have a hospital so families don’t have to run back and forth to Amarillo. I applaud the hospital board and administrator who figured out to pay for the renovation and expansion without taxes.

The county’s budget will be tight next year because of low oil prices. Where would you make cuts?

I can’t make any statement as to what would be cut until we know how big the cuts will have to be and where it would be appropriate to make them without affecting services.

The first thing I want to do in the first months after taking office, is to go around and visit with all the other elected officials in the county. I want to sit down with them and let them tell me tell me what they do and how they do it. I want to know what their challenges are and what do we need to do so they can serve the county better. That will help me out with the budgeting process, too. If we’re going to have to make cuts, I want to have good, open communications with those departments.

What are your strongest qualities?

As a farmer, I’ve had to evolve as technology improved, and I keep abreast of changes not only in my business but also in other businesses and the changes in social issues because that affects us, too. I’ve worked in organizations at the state and federal levels, and that’s given me the experience and confidence I need to represent my community’s interests.

I see myself as a neighbor to all the people in Moore County because we’re all in this together, and we have to work together. I don’t shy away from change. Instead, I adapt and learn how to make it work for me. I would do the same for the county and talk to people to get them engaged in the changes that will move us forward.

I think beyond my farming business and consider what my role is as a resident of Moore County. I’m not running for commissioner because I’m dissatisfied with the way things are going. I’m running because I want to be part of the growth we’re experiencing. I know about growth because I’m fortunate to have a business that has grown, but it didn’t happen by itself. It took the willingness to evolve and learn new ways to farm. Change will always be a part of our lives, and we can’t fear it. We have to make it work for us. I would say one of my strongest qualities is that I see change as an opportunity to learn and grow.