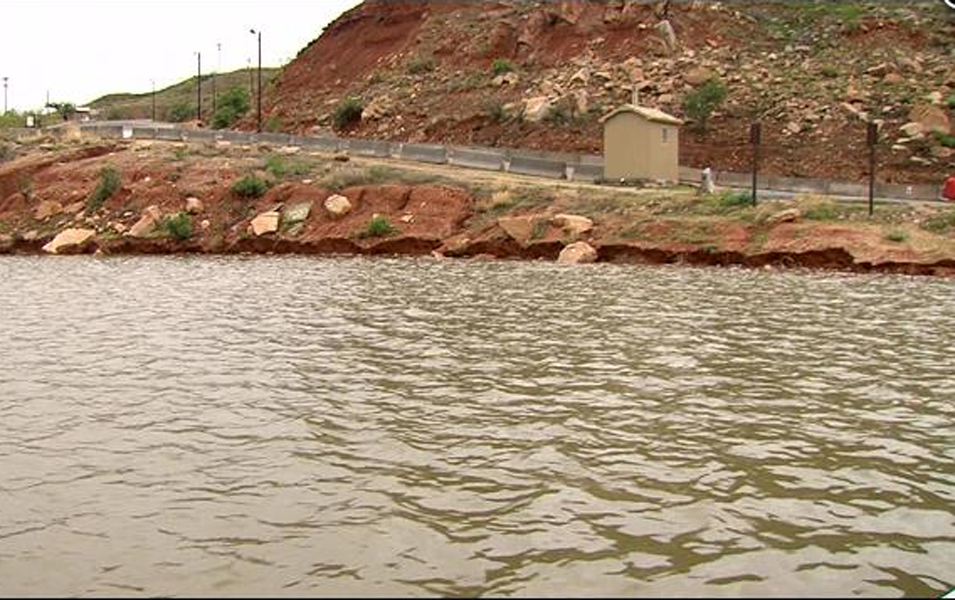 Above: Recent rains have raised water levels at Lake Meredith to 53 feet. The lake was at 26 feet in 2013, a record low.

It is news to saturate the heart of every parched Texan with relief. After several years of a record-breaking statewide drought that has cost the state billions of dollars in economic losses, 93 percent of Texas is moving out of drought conditions, including almost all of Moore County.

According to the U.S. Drought Monitor, a western slice of Moore County is still classified as abnormally dry, but only a month ago, a good portion of Moore County was still mired in extreme drought, and three years ago, 78 percent of the state was in the grips of an exceptional drought, the most severe of the drought categories. 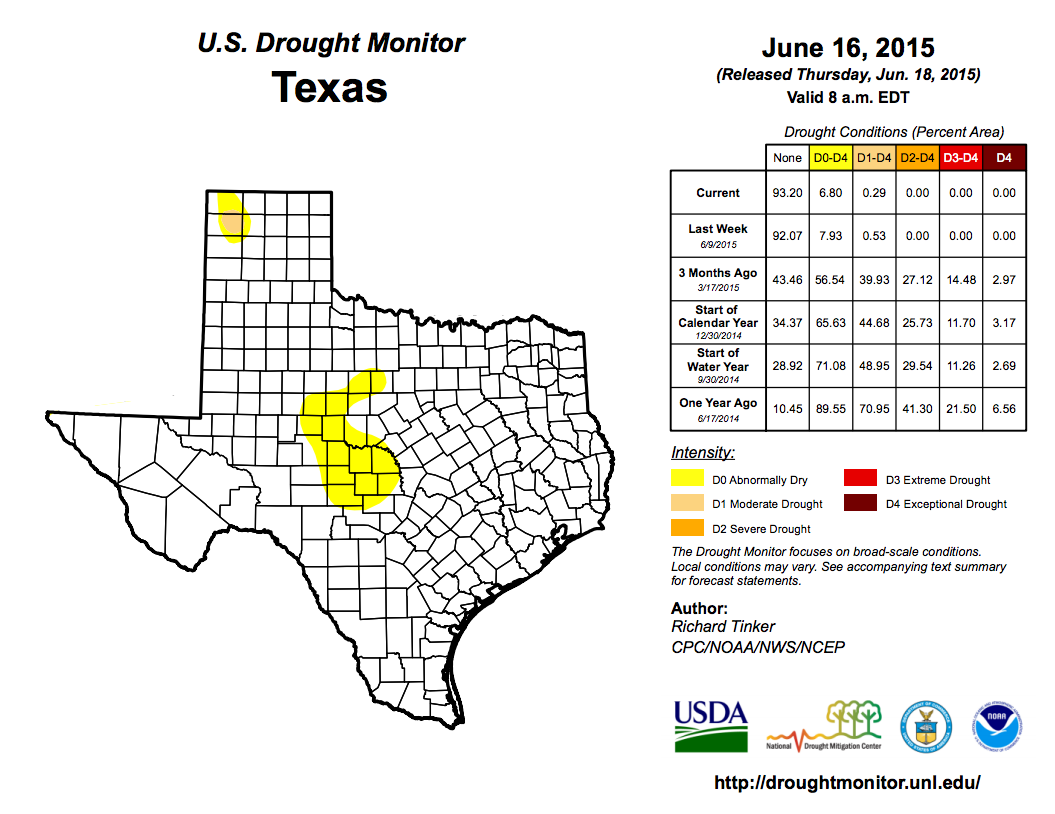 Dumas has received over 12 inches of rain this year, according to KVII-TV Chief Meteorologist Steve Kersh, and Sunray and Middlewell have reported over 14 inches. But little of that will reach the Ogallala Aquifer, the single most important source of water for the High Plains, so while the drought monitor shows the state moving out of drought, the recent rains have little, if any, impact on the aquifer.

“It takes thousands of years for any of that water to reach the aquifer,” said Steve Walthour, general manager of North Plains Groundwater Conservation District. “The aquifer is helped more from the rain in that it allows us to turn off irrigation wells.”

According to a National Geographic report about the water crisis in the Texas Panhandle, “the Ogallala Aquifer water level dropped by up to 15 feet in the past decade, with more than three-quarters of that loss having come during the drought of the past five years.” The same report says that if farmers in Kansas keep irrigating at present rates, 69 percent of the Ogallala Aquifer will be gone in 50 years.

Other reports are just as dire. In 2012, a Massachusetts Institute of Technology study reported that at current rates, the Ogallala Aquifer will soon be depleted, endangering the current agricultural economy in the western U.S. According to the MIT study, 15,745 millions of gallons of the aquifer’s waters are used for irrigation alone, with Texas, Nebraska and Kansas using the highest percentage of groundwater for their irrigation.

“The way we farm is changing and will continue to change a lot in the next 20 years,” Walthour said. “It’s true we’re not going to have the water we have today, but we’re moving from corn to cotton, and we’re continuing to look at those crops that use less water. We’ll also see fewer acres in production in the long run. The big industry in our area is cattle, and I believe we’ll always have water for cattle and cities.”