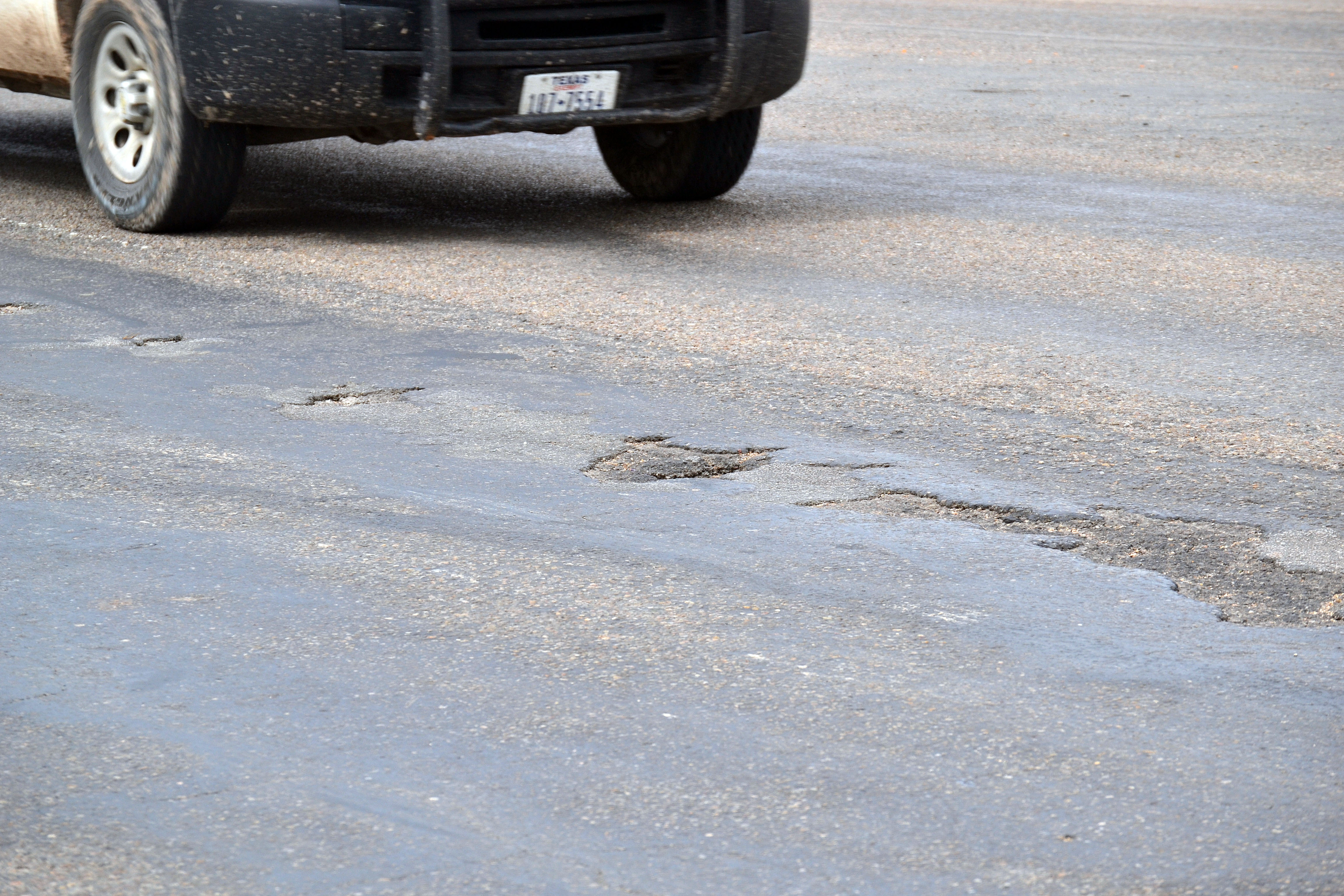 Above: TxDOT is waiting for drier weather to begin repairing the potholes that seem to be appearing daily on Dumas Avenue.

Driving down Dumas Avenue has turned into a challenge, not so much from the congested four lanes of traffic but from the growing number of potholes.

TxDOT spokesman Paul Braun said the state is aware of the pothole problem, but road crews are having a difficult time keeping ahead of it because of the weather.

“You can’t put hot asphalt into a wet hole, so we have to repair the potholes with a cold patch, which is a temporary fix,” he said. “When the weather dries up, we’ll go back in there, dig up the cold patches and make more permanent, lasting repairs.”

The higher-than-average rainfall this year is one of the factors that is creating so many potholes on the busy thoroughfare. Add to that the thousands of vehicles that drive on Dumas Avenue every day, and you have a perfect storm for torn up roads.

“The rain and traffic is what’s causing Dumas Avenue to be rutted,” Braun said. “The pavement cracked during the dry years, and now moisture is getting in those cracks and creating weak spots.”

The weight of the cars and trucks driving over those weak spots causes the asphalt to weaken and then break away — and then you have a pothole.

Braun said he’s been getting a lot of calls about the condition of state Highway 152 between Dumas and the Hutchinson County line, a stretch of road that TxDOT plans to completely reconstruct this summer.

“We’ll be letting it out to bid in July and then reconstruct it later in the summer,” he said. “But I want to encourage any one who wants to voice a concern about the potholes to call TxDOT. It has been raining so much, and we can’t get out there as fast as we like. We have to have nature cooperate.”