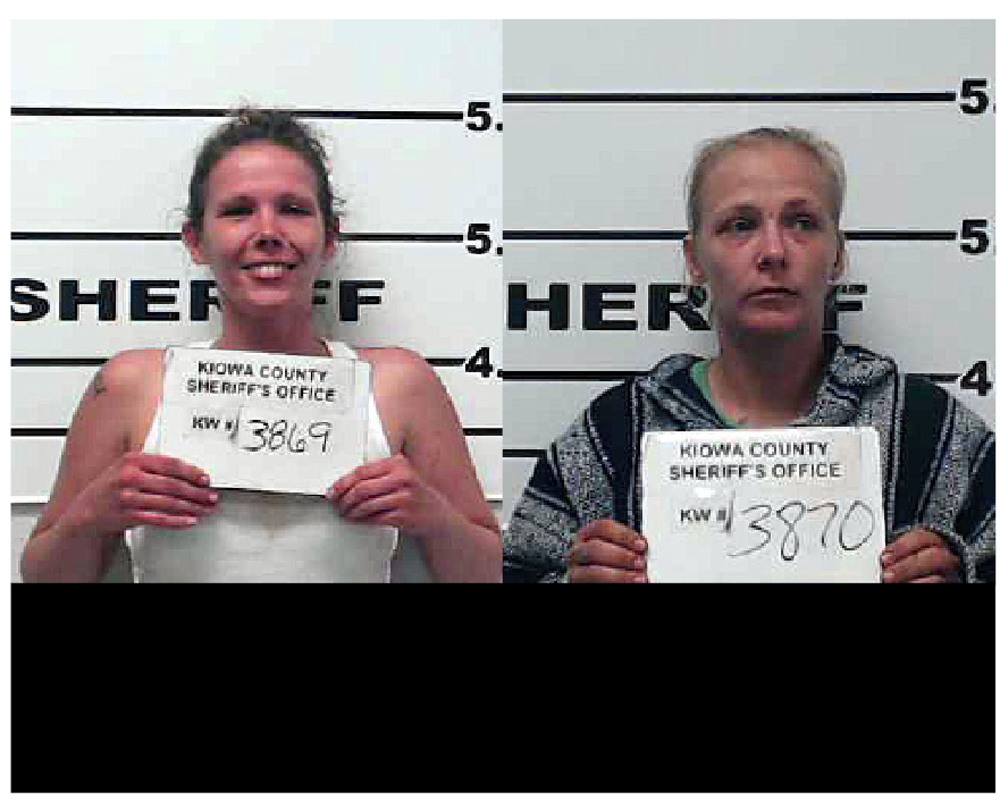 Above: Jessica Shepherd, left, and Cassandra Amole were arrested in Greensburg, Kansas, on Friday and charged with the murder of 74-year-old James Muir of Dumas.

Two women are being held by Kansas authorities after they were arrested Friday for the murder of a 74-year-old Dumas man.

The Moore County Sheriff’s Department said in a press release Monday they received a phone call from someone in Illinois at about 8 a.m. Friday, alerting them to a possible homicide. At about 8:20 a.m., a sheriff’s department investigator found the body of James Muir, 74, in a home in the 800 block of North Dumas Avenue.

During a traffic stop in Greensburg, Kansas, early Friday, Kiowa County sheriff’s deputies uncovered information about the homicide and arrested Cassandra Amole, 32, and Jessica Shepherd, 29. A joint investigation was conducted by the Kiowa County Sheriff’s Office, the Kansas Bureau of Investigation and the Moore County’s Sheriff’s Office. Greensburg is in south central Kansas and has a population of about 785 people.

The Moore County Sheriff’s Department did not release information about the cause of Muir’s death or a motive.

According to Dumas Police Chief Nelson, the last homicide that occurred within the city limits was 2009. Chief Deputy Carmen Napp said the last murder in the county’s jurisdiction occurred in 2014. Jose Martinez Hurtado pleaded guilty to assault causing seriously bodily injury in that case.