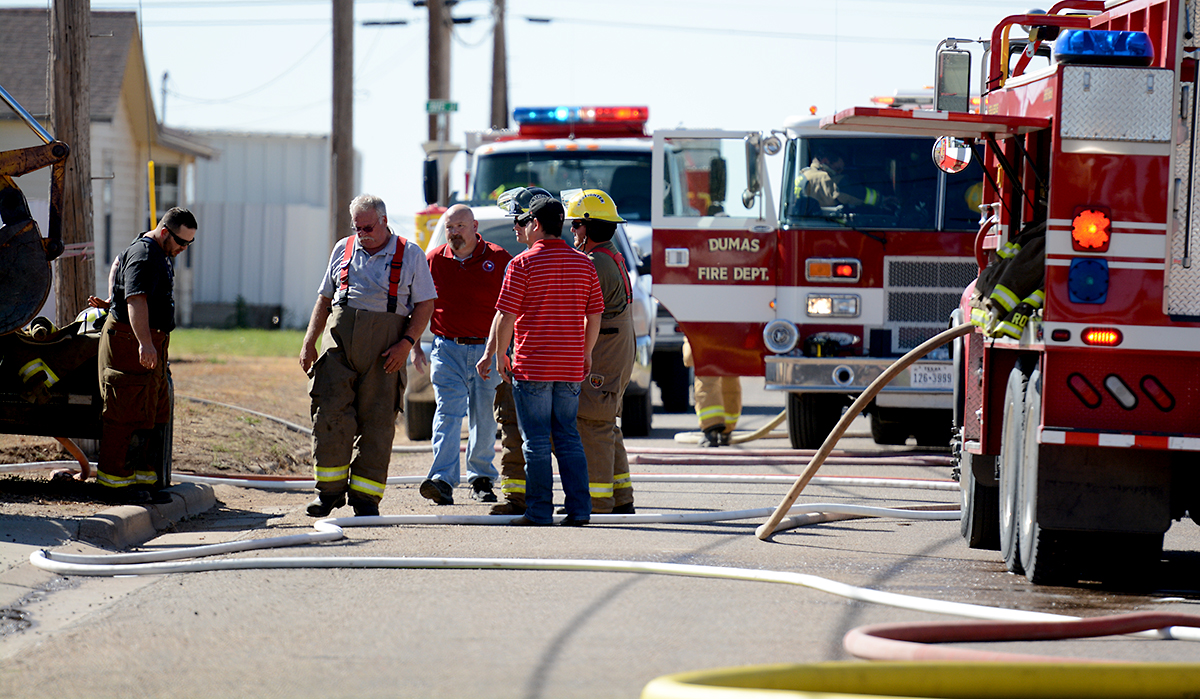 A gas explosion in Sunray injured three city of Sunray employees, two of them seriously, and forced the evacuation of two city blocks.

The employees were working on a gas line near the corner of West 6th Street and Avenue K at about 3:30 p.m. when a leak caused it to explode, Sunray Fire Chief Rocky Rexrode said. Two of the employees were taken by Life Star to Lubbock, and the third one was taken to Memorial Hospital in Dumas.

Officials evacuated two blocks of Avenue K, and one of the residents said he heard something of a boom and went outside to see what it was.

“There were flames coming up about 15 feet,” Ray Purday said. “The firefighters worked to keep my building from building, and it scorched a long section of the fence.”

Rexrode said gas service has been shut down throughout Sunray as a precaution, and they’re not certain when it will be turned on. The state fire marshall has been contacted to determine if there will be an investigation.