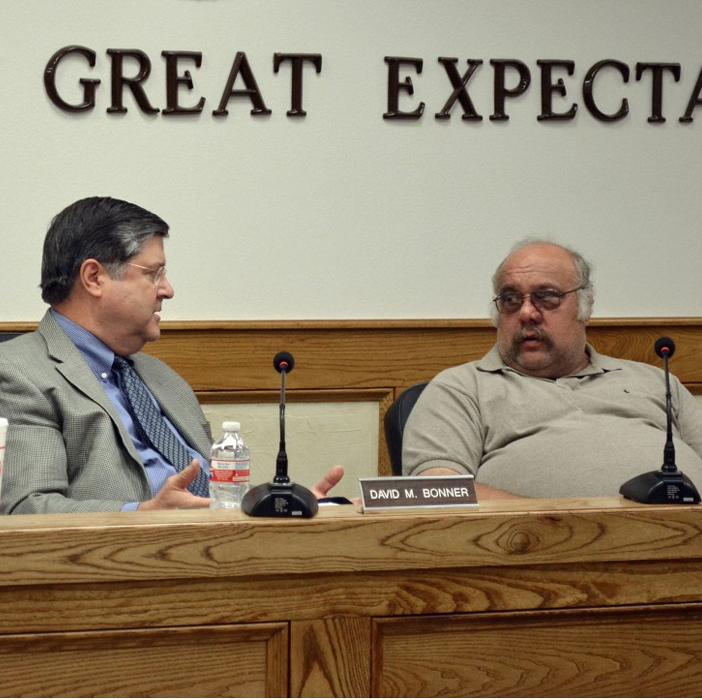 Above: Voters will elect two Dumas City Commissioners and a mayor in the general election May 7. Mayor Pro Tem Dr. David Bonner, left, holds Place Four, and Commissioner Steve Bodnar holds Place Three. Both of those seats are open for election.

Preparations for the May 7 general election to elect two Dumas city commissioners and the mayor begin Wednesday when candidates are able to file for the positions. The Dumas City Commission ordered the election Jan. 4.

The deadline for candidates to file is Feb. 19, and applications are available at City Hall. Anyone interested in running for the positions must be at least 18 years old and live in Dumas.

The polling place is Dumas Junior High School and will be open from 7 a.m. to 7 p.m. May 7. The polling judge is Becky Rivera. Jackie Wiswell is the alternate judge.