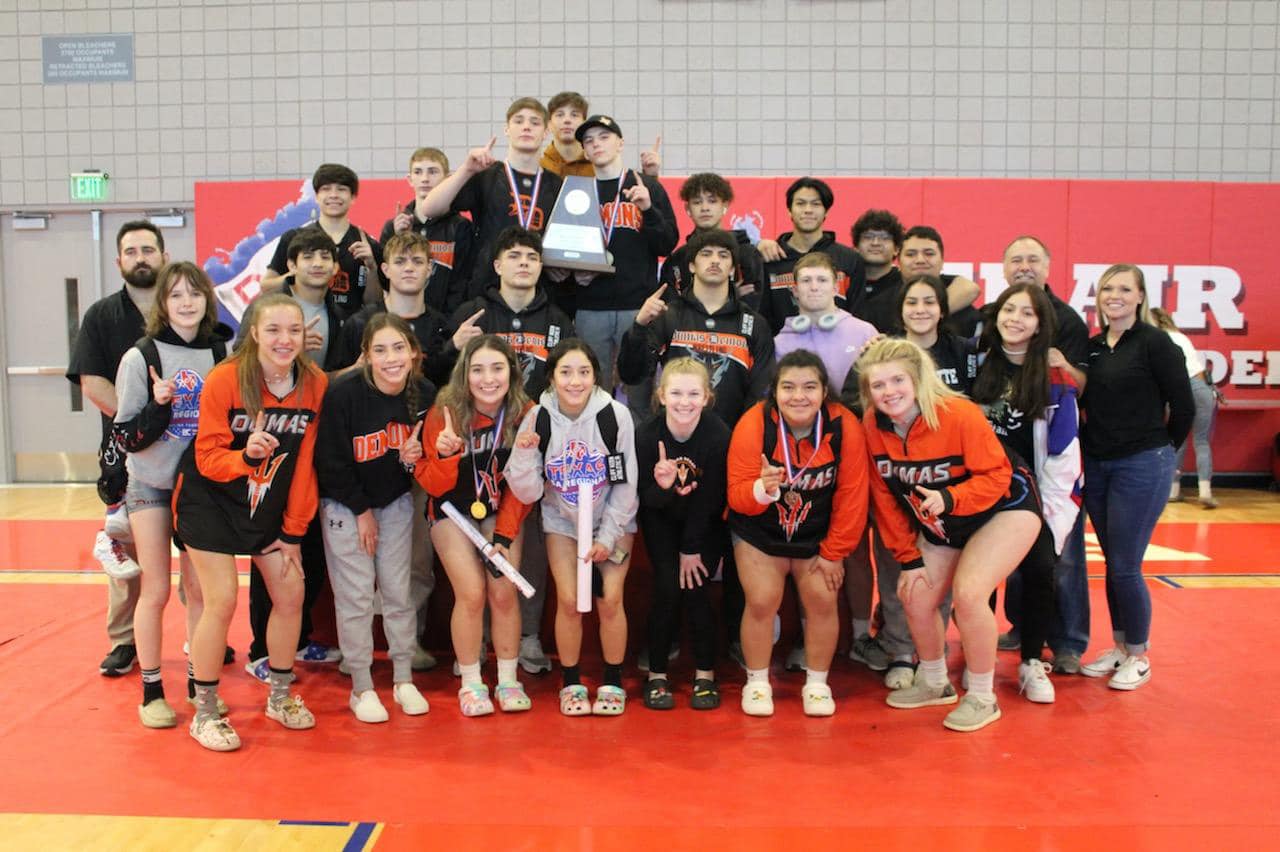 Guillen won the 95-pound division by pinfall against Borger’s Britley Lopez to improve to 43-6. She went 4-0 on the day with four pins, including a pair of wins under two minutes.

Loya (47-5) made quick work of Zoe Bennett of Lubbock Cooper, scoring a pinfall in 1:22 to win the 128-pound division. The regional champ dominated her weight class and posted a 4-0 mark in a combined four minutes and 27 seconds.

Baxter won all four matches to capture first place in the 145-pound division. He cruised to a 5-1 decision over Aaron Aragon of El Paso Andress in the first-place bout to improve to 50-4 on the season.

Carlos Magallanes (106), Hunter Bogner (113), and Andre Garbalena (285) each placed second to advance to the state tournament.

Placing fifth and advancing to the state meet as alternates were Angel Sanchez (215) and Jackson Moss (138).