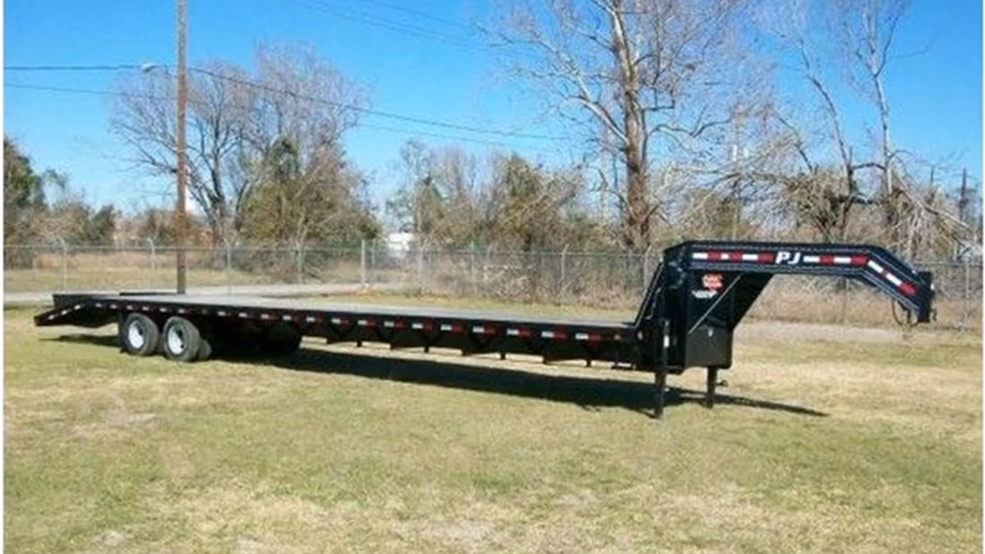 Moore County law enforcement agencies are looking for two men who were seen on camera stealing a trailer.

According to Moore County Crime Stoppers, on Feb. 19 in the early morning hours, a black 2012 40-foot goose-neck flatbed trailer was stolen from the 600 block of Twichell Avenue.

Surveillance video shows two male suspects in a white newer model Ford F350 dually pull up to the trailer, hook it up and leave the scene. The trailer has a dent on the rear, at the dovetail, and a 2-inch hitch receiver welded to the crossbeam of the goose-neck portion of the trailer.

The Dumas Police Department (DPD) recommends local trailer owners use extra precaution when parking a trailer. According to a DPD Facebook post, numerous trailers parked throughout the city either have no license plates or have expired license plates. They are asking local trailer owners to ensure trailers are current on registration, with the VIN or a Identification number used on the registration.

By keeping the registration current there will be a way of tracking or identifying the trailer if it is stolen.

Also, it is recommended that trailers have a hitch lock or way of chaining and locking it to a stationary object. Dumas police warn that parking a trailer on the street makes it an easy target.

If you know where this trailer is or who committed this crime, contact Moore County Crime Stoppers at www.moore-crimestoppers.com