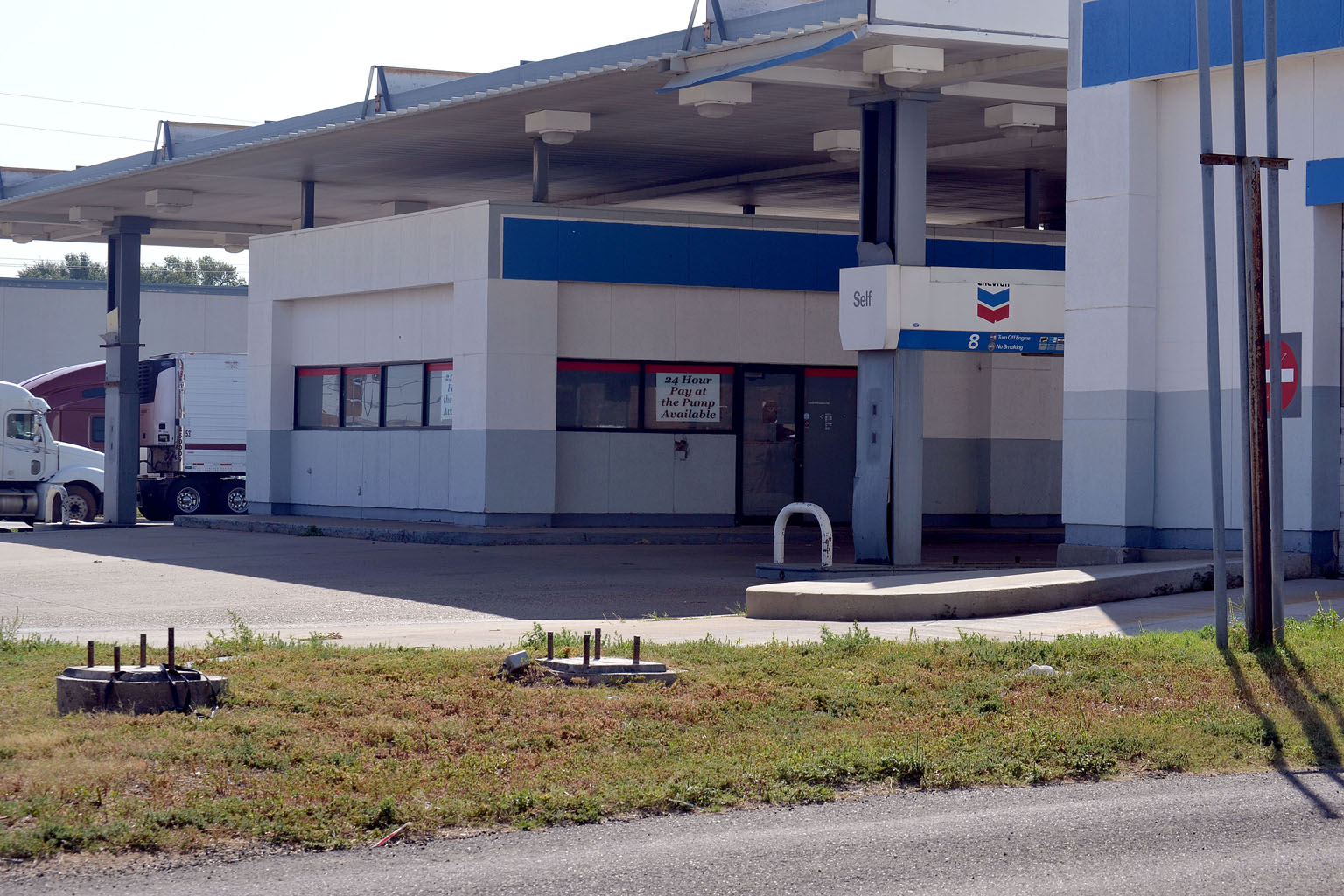 Above: Toot ‘n Totum plans to build a store on the southwest corner of Dumas Avenue and 1st Street, and they’re also buying the property to the west of this building. They’re asking the Dumas City Commission to vacate the alley between the two properties so they can buy it and tie the two properties together.

The Dumas City Commission on Tuesday made moves that will facilitate the building of two businesses in the city: Toot ’n Totum and Love’s Travel Stops & Country Stores Inc.

The commissioners approved a right-of-way grant from Love’s that will enable large trucks to turn into the business’ driveway. The city will take possession of a corner of Love’s property on the corner of U.S. Highway 287 and 8th Street, so the business can cut it out as an easement and create a larger turn area onto the Love’s property.

City Attorney Tom Moore said the city needs to include language in the conveyance that required Love’s to “maintain the initial construction costs.”

“But it looks like a good deal for everybody,” Moore said.

Toot ’n Totum also had a request for the construction of the store they’re planning for the southwest corner of Dumas Avenue and West 1st Street. The business also is buying the property to the west of the vacant convenience store, and they want the city to vacate the alley between them, which would enable Toot ’n Totum to tie the two properties together.

Moore told Jeff Mitchell, Toot ’n Totum facilities manager, the city needs an application from the business to close the alley and offer to pay its fair market value.

“Toot ’n Totum can come up with their own figures of what that value might be, and the city might come up with a different figure,” Moore said.

The Moore County Journal called Mitchell on Wednesday to ask about the project, but he hasn’t returned the call. The story will be updated with information about construction plans and timetables when Mitchell provides them.