Home OPINION To the city of Dumas: Get a clue 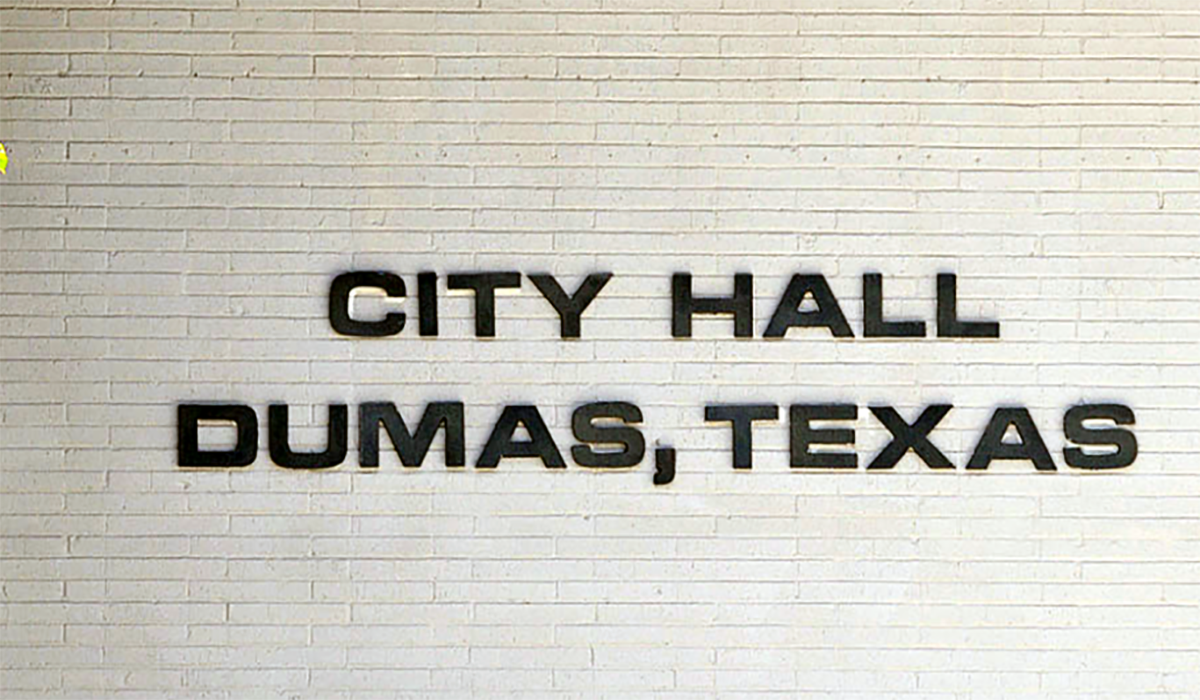 Two years ago, I called the Dumas Fire Department to ask for the health inspections of the restaurants and other businesses that sell prepared food in the city. The inspections are public record, and many newspapers print them. I’ve worked for papers that received them from the inspectors without having to ask.

I was told the request would have to go through then-Fire Chief Paul Jenkins. I spoke with him, and he said he’d have to speak with the city manager. I told him the inspections are public record, but he still wanted to clear it with the city manager. After about two weeks, he told me I could have them, but I’d have to file an open records request. Seriously? For records everyone knows are public? I said fine.

Jenkins then told me there weren’t many health inspections conducted during the summer. That was strange, I thought. I asked him why, and he said the city’s then-code/health inspector Holly Lafever was busy with weed control. So what happens if a restaurant’s health permit expires during the summer? They just have to wait until the fall to get a current one? What if someone gets sick eating at that restaurant? Failure to conduct required inspections could put the city at risk of lawsuits.

So I began to look at the health permits around town, and I found many of them were expired, some of them long expired. I started asking questions and that led to another discovery. And then another. And then another. When Lafever committed one especially egregious act related to health inspections and health permits, I called a couple of officials, one city and one county, to tell them what all I had found. At that point, the city of Dumas got involved, and the Journal stepped up its investigation. Since then, the one request for health inspections has turned into a mountain you want to scale but don’t know where to start.

The city said they were going to conduct an internal audit because they had noticed revenue from the health permits had declined over the years. Their audit determined possible theft and fraud committed by the city’s health/code inspection office. Then, and this is where it starts to go from bad to worse, the city hired Lubbock-based Dawson Forensic Group to conduct an audit. That in itself isn’t bad, but the city didn’t follow the Texas Professional Service Procurement Act that details the process the city must follow to contract with an entity such as Dawson. You know what they did? They spoke to the Texas Rangers, and the Rangers recommended Dawson. Big mistake. Huge. Taylor said, “The city was looking into a possible criminal act and openly advertising such would have most definitely tainted the investigation.” No, what taints the investigation is the fact that state laws for procurement weren’t followed in favor of the Rangers recommending Dawson.

The Texas Rangers have no business recommending any auditor, and the city had no business asking them. The law clearly states how the city must go about hiring or contracting a professional service, and accepting a recommendation from the Rangers is certainly not in the law. If that wasn’t bad enough, the city gave Dawson the results of their internal audit. City Attorney Jerod Pingelton said they did that to save the city “thousands of dollars.” It seems Dawson would use the city’s audit, the city’s word, that possible theft/fraud had occurred and bypass parts of what should have been their own investigation. At that point, Dawson should have said, “We’ll conduct our own fair and objective audit from the ground up. We appreciate your offer to help, but we’ll do our own investigation, thank you very much.”

So guess what Dawson found? That fraud and theft had probably been committed by the health/code inspection office and possibly others. Dawson gets their nice fat check from the city and skedaddles back to Lubbock, and the city contacts the Texas Rangers. But wait. The city was already speaking to the Texas Rangers. Remember, the Rangers recommended Dawson. So who does Dawson work for? The Rangers? Again, the Rangers have no business recommending any forensic auditor. The appearance of that recommendation throws up all kinds of red flags. That audit should have been procured after following the law, which the city didn’t do. Why are they circumventing the law, going with an auditor the Rangers recommended and then giving the auditor their findings from their own internal audit? Doing all of that makes it seem a fair and objective audit wasn’t a consideration. If their intention was to conduct an objective audit, they sure went about it the wrong way. So if the city didn’t follow the procurement laws, does that mean the forensic audit is invalid? We’ll cover that in one of the stories.

Beginning with this editorial, the Journal will publish a series of stories about the audit, Lafever’s subsequent arrest and indictment. The Journal filed several open records related to the incident with the city, which they turned over to the Pingelton. I’ve filed many open records with entities over the years, and never, ever have they been turned over to their attorneys. Certainly the city should use their legal counsel, but why are they paying Pingelton to answer open records requests? He isn’t the records manager. The city secretary is.

One of the charges Lafever was indicted on was theft of a vacuum cleaner. I asked for the receipts for that vacuum cleaner. Pretty simple request. Pingelton responded that information is part of an investigation. That’s what he said about other requests, too. Surely, the city could have asked his advice and have the records manager respond to the request. It might have saved the city money. But eh, what’s money? The thousands of dollars they paid Dawson seem to have been a waste, too. Lafever was indicted for theft of the vacuum cleaner and tearing up a check: Tampering With Evidence. What happened to the theft and fraud the two audits said probably happened? Theft of a vacuum cleaner? Wow.

So where was Jenkins in all of this? Taylor said on the record that the debacle was his fault. Jenkins asked the City Commission for permission to change the payment process for the health permits. The money used to be collected by City Hall, but Jenkins changed that and had his department collect the money. So where was the oversight? How is it that fraud and theft occurred under his watch for so long? That’s one story in the series the Journal is publishing. Nothing happened to Jenkins other than he retired a few months earlier than he said he would. Lafever, on the other hand, was thrown under the bus, dragged back out and then thrown under it again. The city has treated her with great disregard, fired her and burdened her with all of the legal consequences. Jenkins was given a plaque when he retired. Was he protected, and if so, who protected him?

I don’t want to write the whole story here because there’s so much to it. I want only to say there are several stories coming out about how the city handled the Lafever investigation and why it stinks.

But that’s not all. The Dumas Police Department also is a mess. I filed an open records request a few months ago, asking for the names of all the people the city has hired for the police department over the last couple of years and the names of all the people who have left the department during that period. It turns out about 40 people have left the department during a two-year period. That’s an astonishing number, but what’s more astonishing is that the city didn’t conduct any exit interviews to ask them why were they leaving. Wouldn’t you want to know why so many police officers and other personnel are leaving one department? I asked the city for the exit interviews, and Pingelton replied there aren’t any. You can pick your jaw up from the floor now.

In an email, Taylor said, “Nelson’s (Dumas Police Chief Nelson) ‘old school’ way of running the PD may not be the ideal ‘Millennial’s’ work environment, but he has never given me an inkling of doubt that he cares for his community and his officers and has done everything he can to make sure they are well equipped, well trained, and ready to perform the way the citizens of Dumas expect their police officers to perform.” I can read much into Taylor’s use of “Millennials” in quotation marks. Does he mean crybabies? I’m far past being a millennial, but I don’t want a boss who disrespects me, and if that makes me a crybaby, then give me a bottle. And as far as an “inkling of doubt.” Forty people leaving one department in two years should instill in anyone some doubt about how that department is being managed. Do not sit there and tell me that three Dumas police officers went to the city of Sunray because they were looking for more money and better equipment. They left, along with many others, because they were fed up. It’s that simple. Certainly, not all of those 40 people left because of Nelson, but many of the police officers did.

Police officers, like military personnel, don’t want to bash their supervisors on the record. It looks horrible in their files, and the reputation of being difficult and insubordinate will follow them; so they don’t say anything. They just resign and go to another city or another law enforcement agency. No one likes a crybaby, “millennial” or any age, but no one likes a boss whose management style makes you want to scour the want ads every day, either. And that’s what’s been happening. How do I know? I’ll explain in the stories.

There’s so much to cover, so it has to be broken up in parts. Taylor said in the same email he stands by his department heads. He should when they’re good ones, but he should stand by his employees when a department head isn’t good, as was the documented case of Jenkins. Ultimately, the city should stand by the taxpayers, and the PD’s high turnover is a very expensive burden for us. Something has to change. Either Nelson pulls it together and stops creating an environment that makes his officers flee or he, and the city, should recognize and accept that the “old school” way of doing things doesn’t work anymore.

It’s my money, and I want it now

Maybe we should just go have a beer