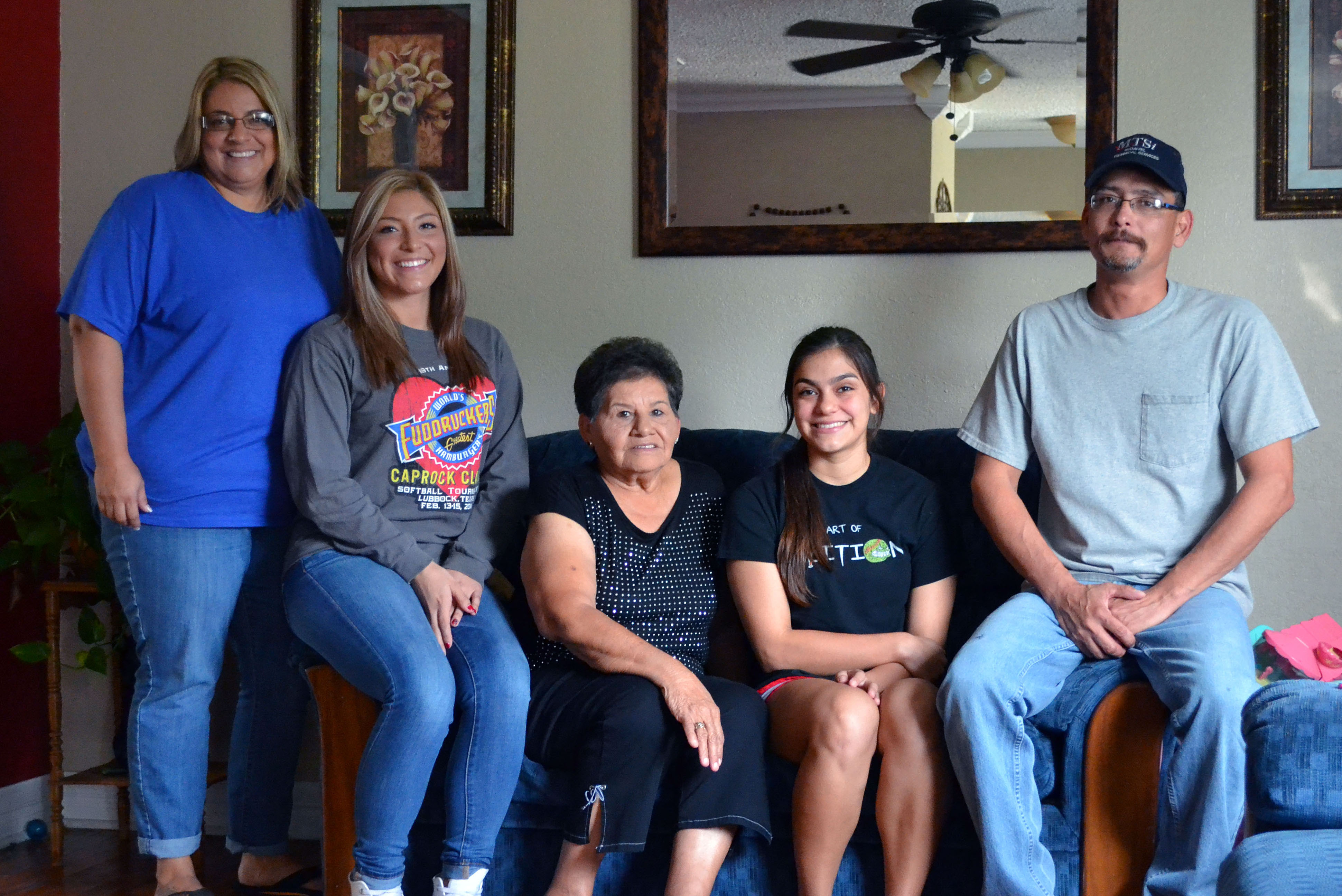 There are some people whose smiles radiate from the heart. They are expressions of a disingenuous spirit, of a person with no agenda other than to be nice. Without knowing it, Frances Romo taught her family to smile that way.

How did it happen? Gabby’s father, Gabe Moreno, knows the secret, and it’s simple.

“We always taught the girls to treat people with respect and the less fortunate ones even better,” Gabe said. “When Gabby was nominated homecoming queen and then won, it tells me she treats her friends with respect, and they treat her the same.”

That teaching began with Frances and her late husband, Juan, who instilled in their children the value of helping others. Juan was well known for his altruism and quick response to people in need.

“My dad truly couldn’t see someone in need without helping them,” Gabby’s mother, Liz Moreno, said. “That value was instilled in us, and we taught it to our children because treating people with respect is just the right thing to do.”

Gabe said he believes that’s why his daughter and two nieces were voted homecoming queens.

“I think it validates what they’ve been taught,” Gabe said. “Our family is very tight, and we see all the girls as our daughters, not just Gabby. We look out for them as our daughters.”

The conversation kept returning to Frances and Juan, and when asked what she loved most about her mother, Liz choked up.

“Everything,” she said immediately. She then added, “I’m most grateful for her teaching us to respect people and how to be a good wife and mother.”

Her emotions spilled over to Gabby and Adrianna who also teared up.

“I’ve always watched how my grandmother treats other people,” Adrianna said. “She’s always helping others. She has a big heart.”

Bre’ann is attending Texas A&M University, studying environment soil science. Adrianna is pursing a nursing degree at Amarillo College, and Gabby plans to be a pharmacist or forensic pathologist. She graduates from DHS in 2016.

“We’ve always held the girls to a high academic standard as well as a moral one,” Gabe said.

Frances acknowledges she’s not always comfortable with the freedom allowed her granddaughters. She was much stricter with own children, but her confidence in her granddaughters’ characters assuages some of her concern.

While the girls’ upbringing doesn’t allow the titles to go to their heads, Gabby said being voted homecoming queen gives her confidence a bit of a boost, although she didn’t think she would win.

“All of the girls are so pretty, but I think this makes my cousins and me more humble and more determined to serve,” Gabby said.

Adrianna, who experienced the thrill two years ago, told her cousin to enjoy every minute of it because “it would go by faster than you think.”

But for Gabe, there was the ceremony to get through. Liz said he isn’t comfortable being in front of crowds, so escorting his daughter during the homecoming ceremonies wasn’t easy for him.

“I started getting nervous the minute I found out she was nominated,” Gabe said.

Gabby said he was shaking during the ceremony.

“I almost cried when they announced her name,” Gabe said.

“I think it shows we’re raising them right,” Gabe said.