Home Texas The pandemic showed some Texas universities that they didn’t need the SAT.... 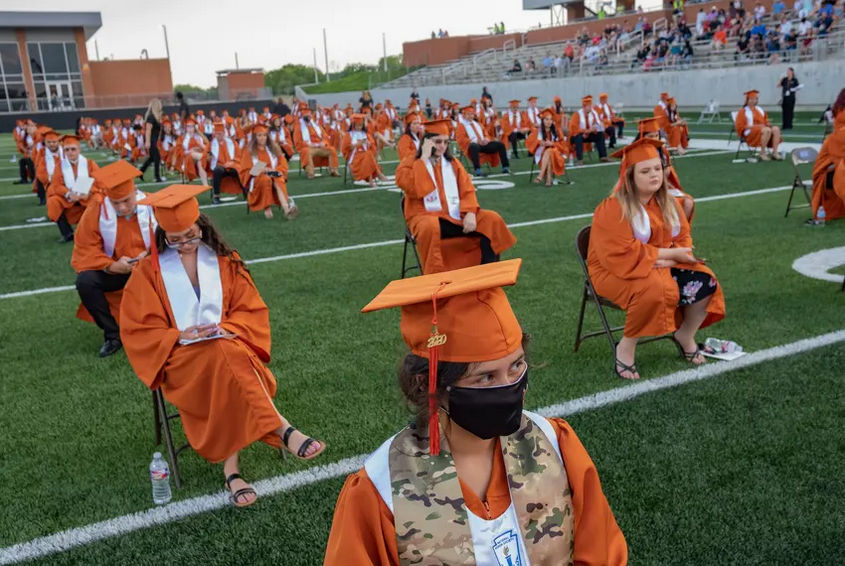 By Kate McGee, The Texas Tribune

When the COVID-19 pandemic hit, nearly all Texas public universities responded by making the submission of an SAT or ACT score optional for college admission.

But although COVID infections are down and in-person standardized tests are widely available again, the majority of Texas public universities are keeping the SAT and ACT optional until the spring of 2023 or later.

Even before the pandemic, some universities considered themselves test-optional because of a state law that grants automatic admission to Texas students who graduate in the top 10% of their high school classes. But the COVID-19 pandemic pushed many more schools to become test-optional for all applicants.

“It was an opportunity that a lot of schools are grateful they’ve been able to take,” said Chris Reed, executive director of admissions at Texas A&M University in College Station. “The pandemic created an opportunity when it was the right thing to do. … Now we have a living, breathing dataset to evaluate some of those assumptions.”

It remains unclear whether the most selective public university in the state — the University of Texas at Austin — will continue to remain test-optional for all students past this fall. The university declined to comment about its plans.

A Prairie View spokesperson said most students continued to submit scores but did not explain why the school switched back to a test score requirement. Texas Southern said there has been no discussion to shift to a test-optional policy for all applicants.

Even before the pandemic, there were discussions at some schools to make the SAT or ACT score optional. Some school leaders have argued that the tests are not predictive of student performance in college and are an additional barrier to enrollment for low-income students.

Universities that shifted to test-optional policies said they rely on a holistic approach to applications, giving weight to areas like a student’s grade point average, the high school transcript and where the student attended high school.

Reed cautions that it’s too early to definitively state the impact of the change to enrollment with test-optional policies. But he said early data shows that Texas A&M did not see retention rates dip from fall to spring during either of the last two years. Also, the average fall GPA for first-time students remained the same. These data points helped inform the university’s decision to continue the test-optional policy.

Many Texas universities said they saw an increase in applications once standardized test scores became optional for admission. But they haven’t seen a significant change in the makeup of their freshman classes. College counseling experts said that is likely because the state’s Top 10% Rule allowed schools to enroll those students year after year.

Many universities said they saw minimal changes in the diversity of students who enrolled.

But a few universities reported some remarkable differences.

The University of Texas at Arlington increased the number of Black students in its freshman class by almost 34%, from 519 to 694, in fall 2021. The number of Black freshmen at Texas State increased by 6%. Texas A&M International University in Laredo reported that it had accepted more students ranked in the top 40% of their graduation classes.

Some schools, including West Texas A&M University, accepted more students who qualify for need-based federal grants, known as Pell grants. The regional public university in Canyon accepts any student who has at least a 2.0 GPA and meets at least one other requirement, which can include test scores. For those who don’t meet the qualifications, the school has adjusted its alternative admissions process to include two essay questions and a high school recommendation letter.

“The test-optional trend has opened up a lot more opportunities for students who are low-income, who don’t come from high schools that emphasize testing like more resourced counterparts,” said Sara Urquidez with Academic Success Program Dallas, which helps low-income and first-generation college students apply for and enroll in college at 18 high schools in the Dallas area. “But I don’t think it’s changed the fundamental question of college affordability for low-income students.”

Many Texas public universities say they still use test scores to determine merit scholarships, but they also take a more comprehensive look at applications from students who apply without SAT or ACT scores.

Yet Urquidez said she saw a stark reduction in the number of merit scholarships awarded to students who did not submit test scores, and many students and families are confused about what schools are using to determine merit scholarships.

“It’s a black box for students and families,” she said. “We can’t talk about test-optional being a vehicle for change when the vast majority of institutions are still using it in this other way.”

Urquidez said she sits on a few private scholarship committees and heard anecdotally from students that they were unaware that applying without a test score could negatively impact their chances of receiving aid from the university.

She said she still encourages students to submit good scores if they have them. Yet some universities across the state saw a majority of students apply without scores for fall 2020 and fall 2021.

In contrast, 75% of Rice University applicants submitted test scores with their applications for the fall 2021 semester. Reed, the executive director of admissions at Texas A&M University, said more than two-thirds of applicants to the College Station school submitted scores.

National experts say if schools want to make it clear they are truly test-optional, then they need to remain agnostic toward the exams. On some university websites, schools will say students won’t be negatively impacted if they don’t submit test scores but simultaneously encourage students to submit scores if they have them.

“Once they start making recommendations, it’s going to be interpreted as we would prefer this,” said Akil Bello with the National Center for Fair and Open Testing, an organization that works to “[eliminate] the racial, class, gender, and cultural barriers to equal opportunity posed by standardized tests.” “You see the same thing with [Advanced Placement] testing. … AP classes are optional, but kinda not really.”

The confusion that test-optional policies can create for families is one reason St. Mary’s University in San Antonio became the first university in Texas to become “test-free,” meaning it does not consider standardized test scores at all.

Rosalind Alderman, St. Mary’s vice president for enrollment management, said an analysis of student data determined that for the vast majority, the standardized test did not provide any additional information as to whether students would successfully make it to their sophomore year.

“Everyone’s worried about putting your best foot forward,” she said. “Sometimes families … they kind of want a yes or no, and so [we said], ‘No, we’re not considering it.’”

While a majority of Texas universities have committed to continuing test-optional policies for the near future, some universities across the country have announced they’re beginning to require the scores again.

Urquidez said she’s worried MIT’s decision will give colleges “permission” to bring the exams back at their schools, even if their circumstances around selectivity are different than MIT’s.

“There’s some institutions that are going to say we found ways to adjust, but higher ed is guilty of [saying], ‘This is the way we’ve always done it. This is always a little bit easier.’”

This article originally appeared in The Texas Tribune at https://www.texastribune.org/2022/04/26/texas-universities-sat-act-test/. 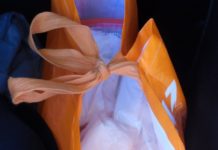 School nurses have become crucial in battling the pandemic, but Texas...

Point of Order: Not throwing away our shot