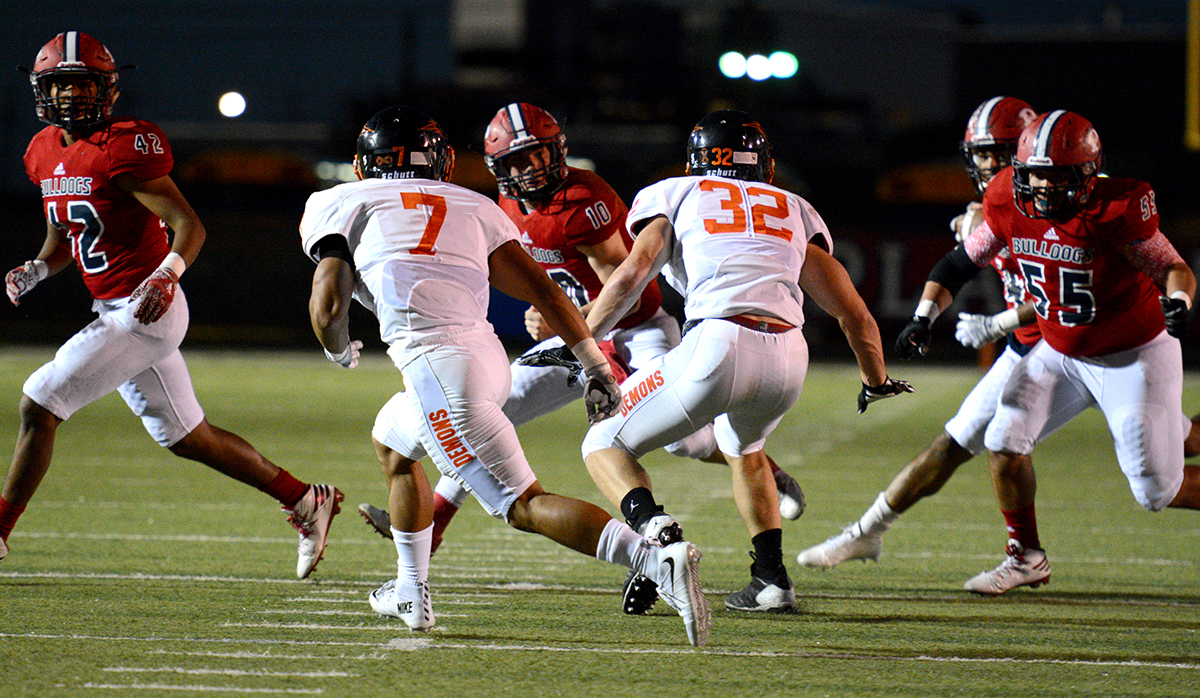 Above: It takes time, skill and money to publish the Journal. Taking and editing one photo can consure up to 20 minutes, so you can imagine the time it takes to do 40 of them. This job isn’t easy.

I often receive messages from readers who ask why I didn’t report on an event, and it ignites mixed feelings in me. I’m grateful readers expect to see everything covered in the Journal, and it shows how engaged they are, but I also wonder if they know this is a one-man operation — and after 17 months in business it shouldn’t be.

Financial advisers say it takes a new business at least two years to get on a solid financial footing, and I’m painfully aware of that. Ask pretty much any new business owner, and they’ll tell you it was a long time before they paid themselves because getting the business off the ground took priority. You have to accept those realities when you go into business for yourself, and my eyes were wide open when I started the Journal on May 22, 2015.

When a reader asks why I didn’t cover an event, I want to reply and ask them if they subscribe. You see, it takes a lot of money to run the Journal, and the income from subscriptions is important. This isn’t a hobby. I began the Journal because I was tired of working for corporate-owned newspapers who believe digital is a fad that will disappear and leave print to reign again. Guess what. That ain’t-a-happenin’. Digital is growing, and print isn’t. Pretty simple. So, no, the Journal isn’t a hobby. It’s my job.

I’m told almost daily I give away too much on the Journal’s Facebook page. I’m told I shouldn’t post the photos and should move them to the website which has a paywall. I’ve resisted doing that because I believed readers will value what’s made available to them and subscribe. But it hasn’t happened. The increase in subscriptions should reflect the increase in what’s offered in the Journal. That hasn’t happened, either.

A subscription to the Journal is $6 a month, $30 for six months and $54 for a year. Stop and think what you get for $6 a month because I always think about what I can do if just half of the people who say they love the Journal would subscribe. I could hire people to help me, and when I dare to dream it, I think of being able to pay myself. I haven’t received a salary from the Journal in all the 17 months it has been in business. Think about that the next time you wonder why I’m not able to go to every event.

Someone told me I need to give people a reason to subscribe to the Journal. She is absolutely correct. I give away too much on the Facebook page, and I’ve let the website sometimes languish. Each day I must determine what I will cover and since the school year started, it’s almost always been sports. That’s a tough decision because I know not everyone likes sports, but it’s important to our kids. But please think for one minute what I could do if just half of y’all subscribed. I could hire a reporter, maybe two, and between them and me, we could cover all the news and sports. Sunray would have the coverage they deserve, and everyone would be happy.

I suppose I’ll have to take the advice of those who tell me I give away too much, and I have to start charging for it. Everything you see on the Facebook page will have to move to the website, which as I mentioned, has a paywall. But is $6 a month too much to pay for what you’ve been getting? I post a few hundred photos every month, along with news stories that should go on the website anyway. I’m confident in the quality of the services the Journal provides, and I absolutely believe they’re worth $6 a month. Y’all are going to have to decide if they have value to you.

In order for the Journal to make a profit, I’ll have to make this move. Facebook will continue to be the source of contact for all of the photos and news. From there you can click on links that will take you to the Journal’s website. I have to stress that the Journal is a digital newspaper. I started it to be that. It is so much more than a Facebook page.

No other news source in Moore County gives you what the Journal gives you. They’re trying, but as much as they hope to be the Journal, they’ll never be the Journal. They think they can, but they’re in their death throes and gasping for air.

I hope you understand why I have to quit giving away so much and start charging for it. I deserve an income, I deserve a day off, and you deserve a digital newspaper that makes enough money to hire a staff that will cover all the news effectively. You’ve seen what I can do. Now you must show me what you are willing to do. Will you pay $6 a month to have access to all the Journal offers? We’ll see.

I am more grateful than I can say to all of you who have supported the Journal. Thank you to the readers who do subscribe, and at the risk of sounding demanding, when you ask me why wasn’t I at an event to cover it, include one sentence that tells me you’re a subscriber. If you’re not, then take a moment to become one and then ask me why wasn’t I there.