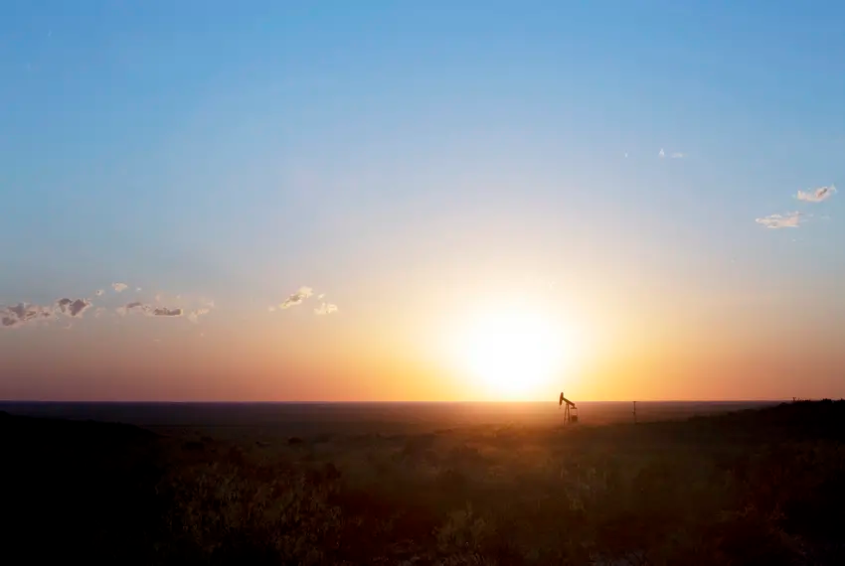 Facing a steep drop in oil demand with much of the world staying home to practice social distancing, more than 55 energy executives, analysts and critics appeared one after another Tuesday at a video meeting of the Texas agency that regulates the oil and gas industry to weigh in on a request that the state’s oil production be cut.

Some oil producers asked the Texas Railroad Commission for such a cap. Others said regulators should not get involved in determining oil production, even during the novel coronavirus’ parallel public health and economic crises. And a few speakers who testified took a neutral position but provided their thoughts on industry matters anyway.

“If we are forced to prorate, we are going to cease all activity right away,” testified Kaes Van’t Hof, chief financial officer of Houston-based Diamondback Energy, a company that focuses primarily on the Permian Basin.

He said a move to cut oil production “directly impacts the employment of almost 3,000 people.”

Texas has not cut oil production since the 1970s, but the unprecedented plunge in oil demand has led to a split among industry leaders about how to fix the issue as the global economy has come to a halt and more than 16 million Americans are out of work, including at least 760,000 Texans.

Commission Chairman Wayne Christian and Commissioners Christi Craddick and Ryan Sitton were nowhere near making a decision about cuts Tuesday, but they can draw ideas from more than 10 hours of testimony. Should the three elected officials implement production cuts to level the playing field? Should the commission exempt small producers from a cut while having large producers pay the price? Should the state stay out of the way and allow the market to drive companies’ decision-making?

Scott Sheffield, the CEO of Irving-based Pioneer Natural Resources, is in favor of curbing oil output in Texas in this “unprecedented” moment, saying that “it’s about fairness.” To further illustrate his point, Sheffield said there’s a need for some oil industry oversight after years of energy companies borrowing risky money to finance expansion.

“No one wants to give us capital because we have all destroyed capital and created economic waste,” Sheffield said of the shale industry.

Some longtime oil executives like Don Sparks, who said he entered the industry in 1962, became something of a guide for the three elected railroad commissioners, who weren’t in the business the last time the state commission was involved in prorationing.

“With the amount of oil and gas production available in Texas today, we should be involved in the balancing of the supply and demand to again prevent the waste of valuable Texas resources,” said Sparks, of Discovery Operating in Midland. “Proration should signal Texas’ willingness to help balance that market.”

Craddick acknowledged the inexperience when she asked an oil industry veteran who had worked in production cuts before the 1970s.

“We don’t know how to do it at the agency anymore,” Craddick said. “Do we start on Jan. 1? Where do we start? How do we start?”

Christian also acknowledged that some Republican lawmakers — including state Sen. Paul Bettencourt of Houston and state Reps. Charlie Geren of Fort Worth and Lyle Larson of San Antonio — said that they opposed proration.

On Sunday, a large group of oil-producing countries, including Saudi Arabia, Russia and the United States, agreed to cut 9.7 million barrels of oil per day from the global oil market after the Saudis flooded the market with oil earlier this year. The price of oil has barely budged since the weekend’s historic agreement, and West Texas Intermediate crude cost around $21 a barrel Tuesday.

Analysts have said more cuts will be needed to keep pace with the devastating drop in demand, the ripple effects of which Texas oil producers are already feeling.

It’s a crushing loss for the state’s largest industry, one that funds significant portions of the state’s budget. There were more than 360,000 jobs tied to oil and gas in 2019, according to the Texas Independent Producers & Royalty Owners Association.

While the coronavirus pandemic spurs an abnormal downturn in an industry familiar with peaks and valleys, some speakers said Tuesday that this is an opportunity to get a handle on harmful oil-producing practices such as flaring.

“To put it simply, the current boom and bust cycle is not sustainable,” said Cyrus Reed, conservation director of the Sierra Club’s Lone Star chapter. “The Railroad Commission needs to drastically limit permits that allow oil producers to flare literally hundreds of millions of cubic feet of gas, not to mention hundreds of millions more through unlit flares, vents and fugitive emissions. If the Railroad Commission only permitted production when gas can be captured and used, rather than burned off, production would be reduced, which would help stabilize prices and clean up our air.”

It’s ultimately unclear what an oil output quota would look like and how it would be enforced. Some oil producers encouraged commissioners to collaborate with other states, such as Oklahoma. State regulators there Tuesday agreed to hold a meeting May 11, similar to Texas’s Tuesday meeting.

Late Tuesday, Christian said that over 20,000 people tuned into the public meeting. Craddick tweeted that people from 86 countries and 49 states watched.

“Our industry may be split on what to do,” Christian said in a statement, “but they are united that something must be done to stabilize the worldwide price of crude oil.”

Christian said the commissioners will “deliberate and reconvene in the near future.” Craddick, who has not indicated what her decision will be, said during the meeting that she was not sure how they would go about enforcing oil production cuts.

“And we don’t know if we can manage it,” Craddick said.

James Mann, who spoke Tuesday on behalf of the Texas Pipeline Association, said he’s old enough to remember when the state commission focused on prorationing.

“Just about everyone at the commission back then generally understood how it worked,” Mann said. “They’re all dead now.”

Disclosure: The Sierra Club and the Texas Pipeline Association have been a financial supporters of The Texas Tribune, a nonprofit, nonpartisan news organization that is funded in part by donations from members, foundations and corporate sponsors. Financial supporters play no role in the Tribune’s journalism. Find a complete list of them here.

“Texas’ oil and gas regulators aren’t ready to cut production yet. They’re not even sure how it would work if they did.” was first published at https://www.texastribune.org/2020/04/15/texas-oil-production-cuts-not-happening-yet-railroad-commission/ by The Texas Tribune. The Texas Tribune is proud to celebrate 10 years of exceptional journalism for an exceptional state.