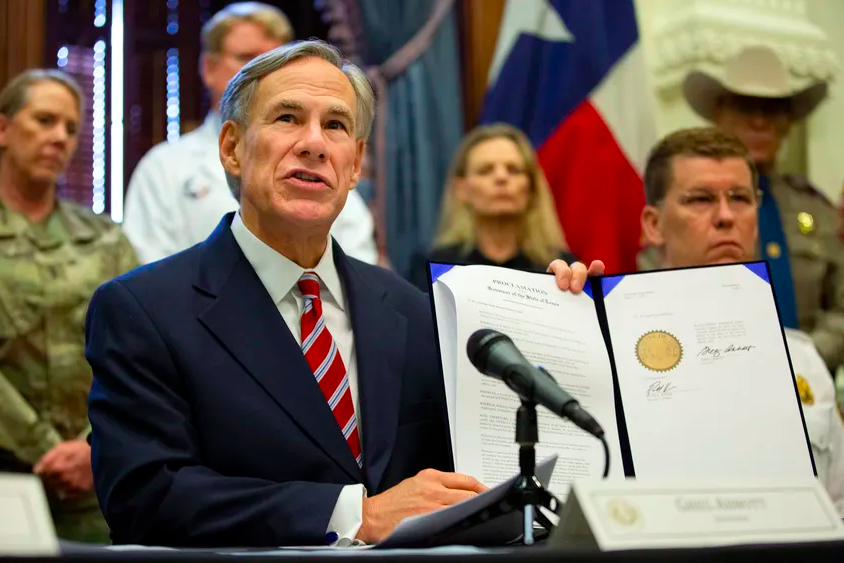 Gov. Greg Abbott on Friday declared that the new coronavirus is a statewide public health disaster and said that Texas is on the verge of being able to significantly ramp up its testing capacity.

At the same time, he announced that he was directing daycares, nursing homes and prisons to limit visitations.

He said San Antonio is opening on Friday the first state drive-through with testing capabilities that will initially prioritize health care workers and high-risk patients.

Abbott also finally clarified the state’s testing history so far and current capabilities. In total, he said there have been 220 Texans tested by either a state public lab or by the Centers for Disease Control and Prevention. There are another 75 Texans being tested currently.

On Friday, the state’s testing capacity was roughly 270 people per day, but he said next week that capacity will expand into the thousands as private labs come online.

There are at least 49 cases of COVID-19 in Texas, with the first instances of community spread happening in the state’s two largest urban areas.

Texas joins more than 20 states in declaring an emergency over the virus. Local officials in recent days have already opted to close an unprecedented number of school districts and cancel large-scale events.

Cassi Pollock and Jolie McCullough contributed to this report.

“Texas governor declares statewide emergency, says state will soon be able to test thousands” was first published at https://www.texastribune.org/2020/03/13/texas-coronavirus-cases-state-emergency-greg-abbott/ by The Texas Tribune. The Texas Tribune is proud to celebrate 10 years of exceptional journalism for an exceptional state.