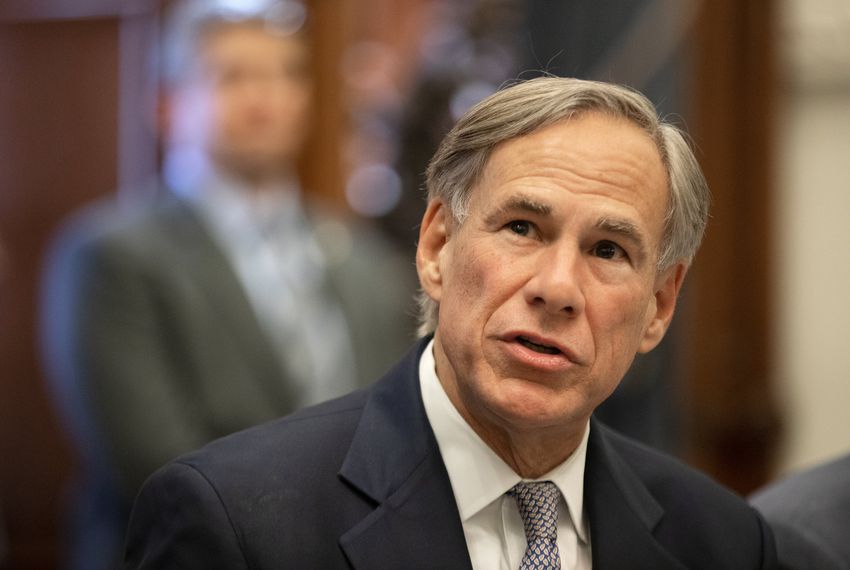 Gov. Greg Abbott said Monday that he will let the state’s stay-at-home order expire Thursday as scheduled and allow businesses to begin reopening in phases the next day, the latest ramp-up in his push to restart the Texas economy amid the coronavirus pandemic.

Abbott said a second phase of business reopenings could come as soon as May 18 — as long as the state sees “two weeks of data to confirm no flare-up of COVID-19.” That second phase would allow business to expand their occupancy to 50%, according to the governor.

Abbott made the announcement during a news conference at the Texas Capitol, which he began by saying he would let the stay-at-home order expire because it “has done its job to slow the growth of COVID-19.” While the spread of the virus in Texas has slowed down throughout April, the number of cases is still increasing day to day, and it is unclear if the state has yet seen its peak.

“Now it’s time to set a new course, a course that responsibly opens up business in Texas,” Abbott said, flanked by Lt. Gov. Dan Patrick and Texas House Speaker Dennis Bonnen. “Just as we united as one state to slow COVID-19, we must also come together to begin rebuilding the lives and the livelihoods of our fellow Texans.”

Abbott said his new order “supersedes all local orders” saying those businesses must remain closed. He also said his order overrules any local government that wants to impose a fine or penalty for not wearing a mask — something the latest statewide rules encourage but do not mandate.

Speaking shortly after Abbott in Houston, the city’s mayor, Sylvester Turner, told reporters that Abbott’s new order “pretty much will take these measures, the ability to [issue] stay-at-home orders and things of that nature, out of our hands locally.” He said he hoped Abbott’s plan works but offered a “cautionary note,” pointing out that there is still no vaccine and statistics show the “virus is still here,” even as local measures have slowed it down.

Abbott stressed that his order “gives permission to reopen, not a requirement,” and businesses can stay shuttered if they would like.

At the same time, Abbott said he is holding off on reopening certain businesses for the time, including barbershops, hair salons, bars and gyms. He said he hopes those businesses can open “on or no later than mid-May.”

Asked about enforcement of his new rules, Abbott said all his executive orders during the pandemic have carried a potential punishment of up to a $1,000 fine or 180 days in jail. For the latest order, he said, the “more primary enforcement would be either the local level or the regulatory level,” noting a business could lose its license if it does not comply.

In unveiling his new order, Abbott established a different standard aimed at rural counties with little coronavirus presence, saying counties with five or fewer cases can effectively skip to the second phase and reopen businesses at 50% capacity.

Abbott’s new order comes as questions continue to persist about Texas’ low testing level and what is being done to increase capacity. State Rep. Chris Turner of Grand Prairie, chairman of the House Democratic Caucus, said in a statement that Texas is “near last in the nation on per capita testing and Gov. Abbott didn’t present a clear plan how that’s going to change, even though experts agree that widespread testing is essential to any reopening plan.”

“We don’t know the magnitude of the problem,” U.S. Rep. Veronica Escobar, D-El Paso, said during a Texas Democratic Party conference call after Abbott’s news conference. “Without robust testing, then we continue to remain in the dark.”

Abbott mostly focused Monday on contact tracing, or the practice of tracking down and isolating all the people someone who tested positive for the virus has come into contact with. Abbott said Texas is already in the second phase of its contact tracing plan, adding 1,000 tracers on top of the existing 1,100 and launching a statewide app and call center to improve the process.

Abbott continued to talk of a coming increase in testing and said the state soon would “easily exceed our goal of 25,000 tests per day.” The state has been adding an average about 14,000 tests per day over the past week, according to figures from the Texas Department of State Health Services. Still, the total number of tests done as of Monday — 290,517 — remained about 1% of Texas’ nearly 29 million people.

Abbott’s announcement Monday also came with news for entities that have been allowed to stay open through the pandemic, such as churches. He said his latest rules allow them to “expand their capacity even more” as long as they follow social distancing practices. The details of that expansion were not immediately available.

As for outdoor sports, Abbott said they will be allowed as long as they are limited to four participants — allowing for sports like golf or tennis — and social distancing is also respected. The goal of the second phase would be to permit more participants, Abbott said.

Abbott’s latest announcement also lets all licensed health care professionals return to work, though there are a few restrictions, he said. Hospitals must keep 15% of their capacity for COVID-19 patients.

Abbott’s news conference Monday marked his second announcement about restarting the Texas economy amid the pandemic. He announced initial steps 10 days ago that included the formation of a task force, loosening of restrictions on surgeries, reopening of state parks and allowance of to-go retail sales. That option, which lets stores make deliveries to customers’ cars or homes, went into effect Friday.

Since Abbott’s April 17 announcement, he has had to contend with a small but increasingly vocal faction of his party that wants him to act more aggressively to get the state economy going again. Abbott has also had to be mindful of President Donald Trump, who has agitated for an economic restoration but last week dinged another red-state governor, Georgia’s Brian Kemp, for moving too quickly.

Democrats have continued to argue the state is woefully unprepared to reopen without a long-promised ramp-up in testing, which has not happened yet.

Abbott’s announcement Monday came as the number of coronavirus cases in Texas reached at least 25,297, including 663 deaths, according to the latest figures from the Texas Department of State Health Services. More than 80% of Texas’ 254 counties — 205 — are reporting cases.

“Gov. Greg Abbott to let restaurants, movie theaters and malls open with limited capacity Friday” was first published at https://www.texastribune.org/2020/04/27/texas-reopening-coronavirus-greg-abbott/ by The Texas Tribune. The Texas Tribune is proud to celebrate 10 years of exceptional journalism for an exceptional state.

MCJ Editors Note: Gov Abbott addressed local governments requiring facial coverings saying: “We strongly recommend that everyone wear a mask,” Gov. Abbott said. “However, it’s not a mandate. And we’ll make clear that no jurisdiction can impose any type of penalty or fine for anyone not wearing a mask. Everyone should be encouraged, but by my executive order, it supersedes local orders with regard to any type of fine or penalty for anyone not wearing a mask.”